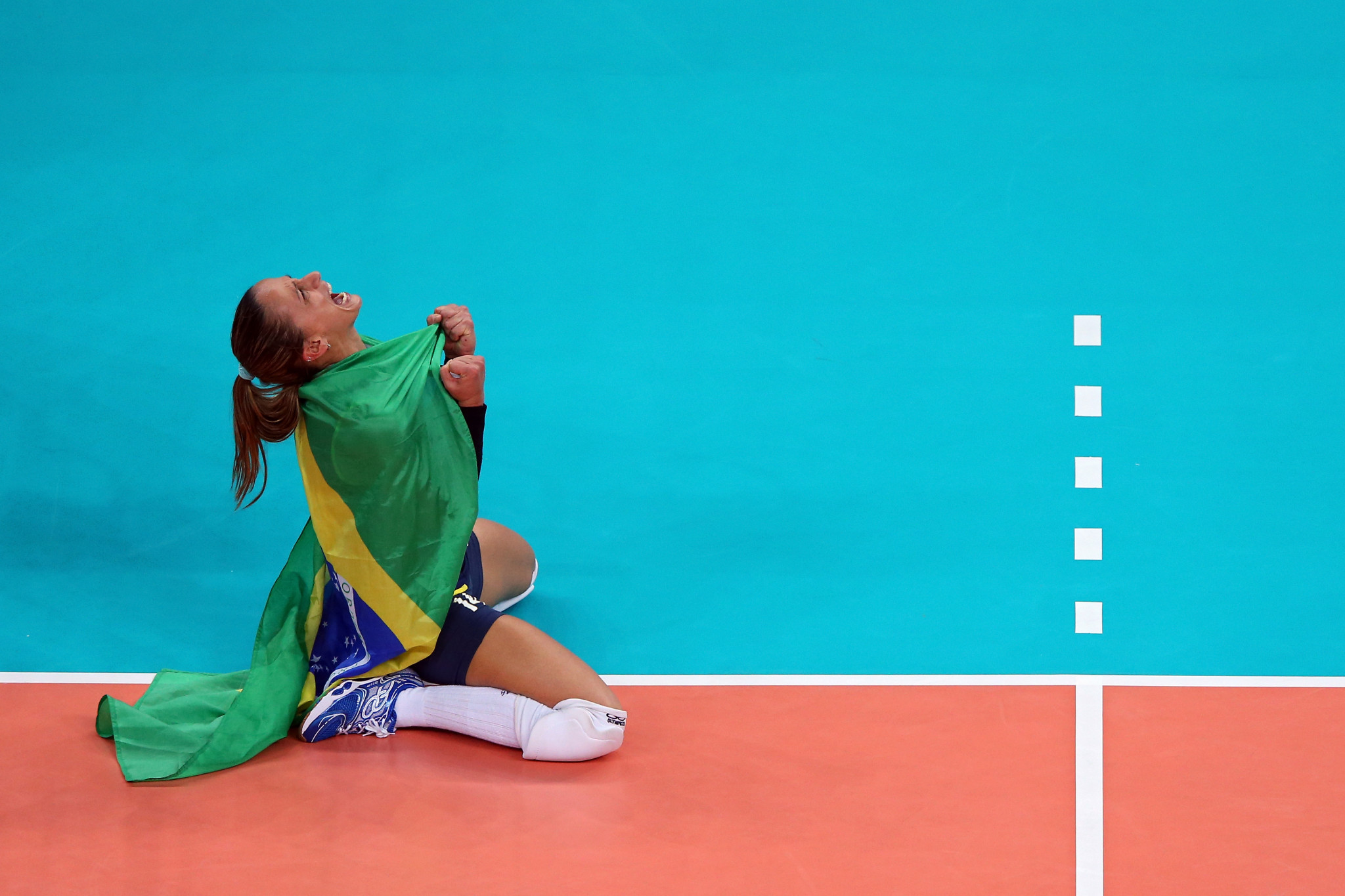 Brazil held off a valiant Peru side to win gold in the women's volleyball final at the Evangelista Mora Coliseum in Cali which ended 3-2 at the Junior Pan American Games.

The strength of the Brazilian players was evident as their game was characterised by powerful spikes and aggressive tactics.

This led to the Peruvian defence doubling up at the net to block the smash.

Brazil's number 10 read this and executed several deft touches to send the ball over the heads of the defenders and into the gaps behind them.

Although Peru were on the backfoot, they managed to keep the match close, before eventually falling to a 25-23 loss in the first set.

The second set opened with a series of unforced errors from Peru which cost them easy points.

Diana Duarte Alecrim delivered her second wayward serve of the match to give Peru a way back in before she was hooked from the court.

The Peruvians then took the lead for the first time after a sensational rally was finished off with a vicious spike.

The scores then went back and forth until it was 9-9.

Brazil's Marcelle Da Silva produced a series of unbelievable saves from Peruvian spikes which allowed her side to counter, steal the points and prevent Peru from gaining a foothold.

Brazil were up 20-14 and looked to be cruising to another set, but they were forced to suppress another Peruvian fightback, winning 25-19.

The fatigue of both sides started to show in the third set as more and more errors began to creep in.

It was the closest out of all the previous sets with no more than one point separating either side until Brazil made it 21-19.

Peru managed to get to set point at 24-22 with the crowd firmly behind them.

The final blow came when Lorrayna Da Silva of Brazil narrowly missed the baseline with a spike as the match went to a fourth set.

Against all odds, Peru then took the fourth set 25-21 to level the score, but Brazil were led by Marcelle's expertise to prevail in a pulsating decider 15-8.