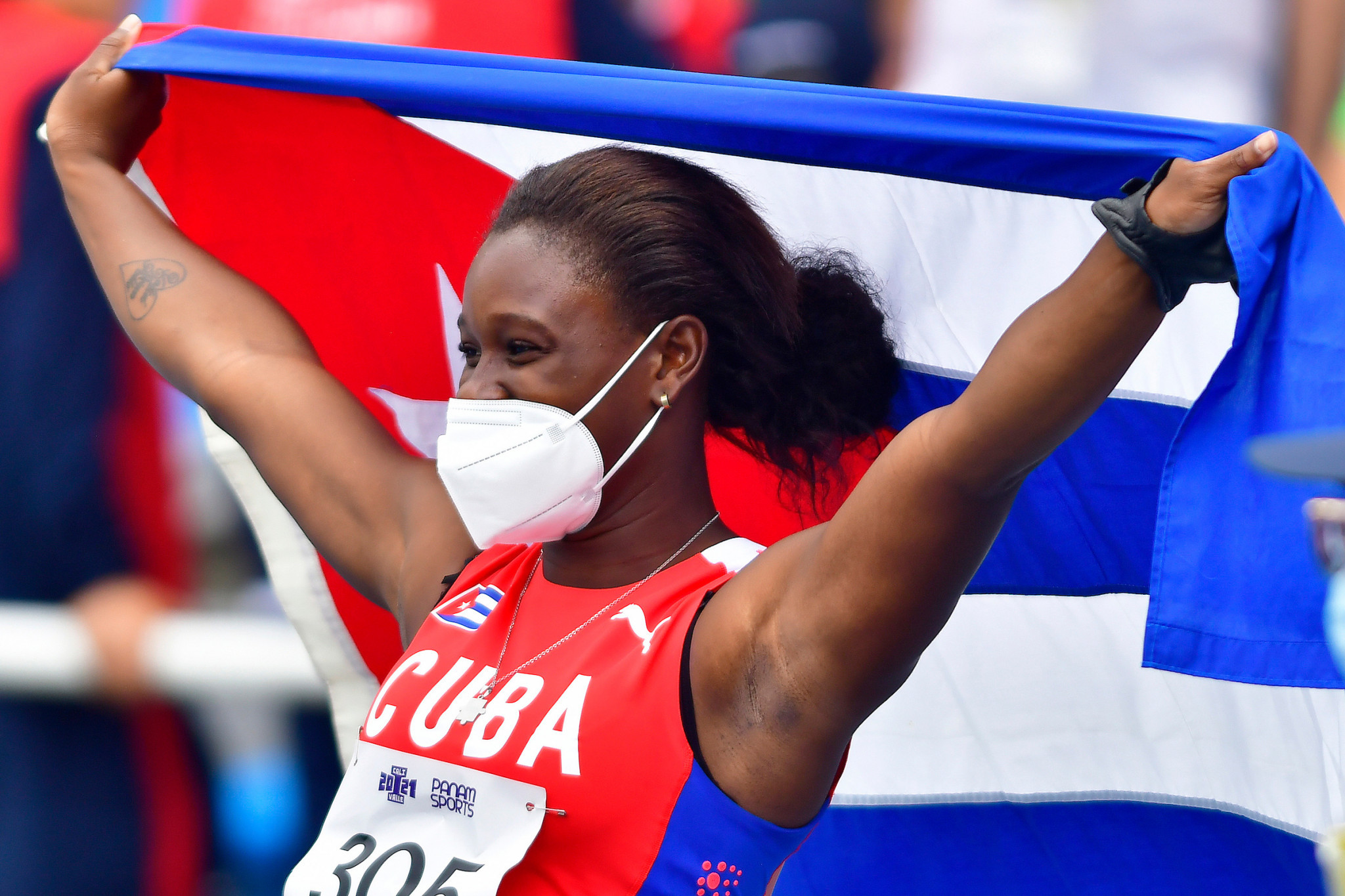 On her second attempt, the Cuban recorded a throw of 67.47 metres, a 2.6 per cent improvement on her previous record of 65.73m.

The gulf in class between her and the rest of the field was evident from the outset as she set the highest score after the first round and then held the lead throughout.

Venezuelan Silennis Vargas Dun smashed her previous personal best of 58.32m, which was also the under-23 national record, by 12.5 per cent to set a silver medal-winning score of 65.63m.

Rounding out the top three was Mariana De Jesus Garcia Walker, whose 64.86m effort was yet again a personal best.

The Chilean's previous record was 59.79m and she also set a national record for under-23s.

She posted the score on her last attempt to steal the bronze medal from Cuba's Liz Collia Llorente, who looked nailed on to make the podium with a personal best of 64.34.

Hosts nation Colombia's only competitor in the event, Carolina Ulloa Daza, may not have ended with a medal but she did set a new personal best of 62.05m to surpass her previous best of 60.86m.

The sixth and final personal best was achieved by Ecuador's Nereida Santacruz Maldonado with 57.63m to dwarf her former record of 34.31m.

Today's competition marks the last day of athletics at the Junior Pan American Games in Cali before the Closing Ceremony, which is due to take place tomorrow at the Coliseo El Pueblo.