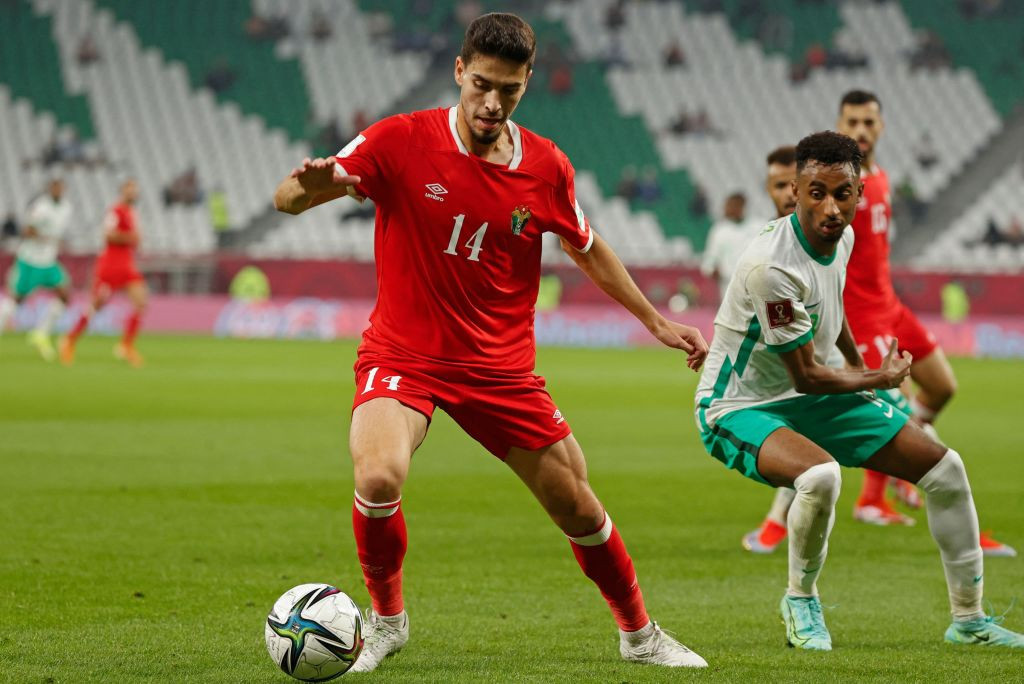 Jordan upset Saudi Arabia with a 1-0 victory in a match where both sides were reduced to 10 men at the FIFA Arab Cup in Qatar.

Khalifah Aldawsari's own goal just after the half-hour mark proved enough for Jordan to secure a surprise win in the Group C clash at Education City Stadium.

Aldawsari was then sent off for a second yellow card to compound a miserable evening for him and his team in their opening match of the tournament.

Jordan's Ehsan Haddad had earlier been given a straight red card.

Victory sent Jordan second in the group behind Morocco, while Saudi Arabia, who hosted the competition the last time it was played in 2012, have work to do if they are to qualify for the next round.

🇲🇦secures their 4th goal now courtesy of Benoun. @FRMFOFFICIEL are comfortably ahead 4-0 against 🇵🇸 as we reach the final minutes of the match #FIFArabCup . pic.twitter.com/MQ5NjIExYQ

Morocco sit top of the group after thumping Palestine 4-0 at Al Janoub Stadium.

In Group D, Algeria were also in high-scoring form as they beat Sudan by the same scoreline at Ahmed bin Ali Stadium, while Egypt edged out Lebanon 1-0 at Al Thumama Stadium.

Semi-automated offside technology is being used at the competition, a test event for the 2022 FIFA World Cup in Qatar.

The tournament resumes with the second round of group matches on Friday (December 3).