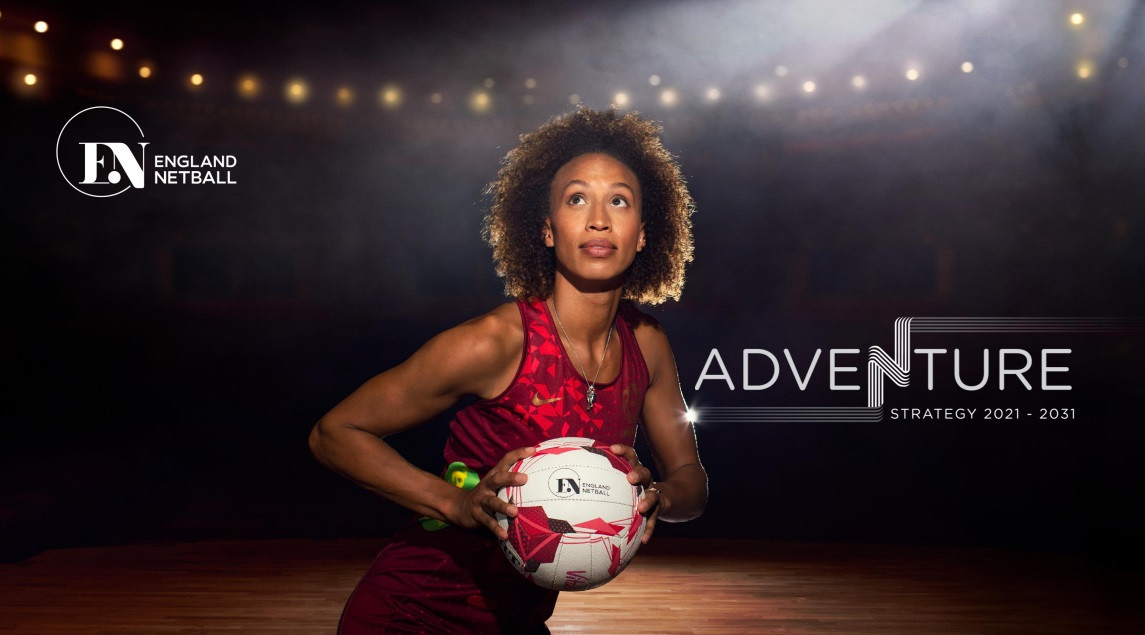 England Netball chief executive Fran Connolly has spoken of the governing body’s ambitions to "reimagine and reinvent" itself in a bid to "stay relevant to communities" after releasing its new 10-year plan.

The "Adventure Strategy", running from 2021 to 2031, outlines England Netball’s intention to accelerate the development and growth of the game and ambition for the national team to be the best in the world.

The "aspirational" plan has been supported by a new brand identity and logo as the organisation aims to increase the "visibility of the sport" and "impact lives on and beyond the court" over the next decade.

England Netball claims its strategy has been established following consultation with more than 3,000 members and stakeholders.

The organisation claimed it is committed to opening up the sport to new audiences in every community to enable netball to better represent the diversity of the country.

Transforming netball for children and young people is also strategic priority for England Netball to protect the future of the sport.

To help realise its ambitions, the organisation has outlined six "destinations" which are underpinned by 14 "game changers".

Under one of the game changers, England Netball says it plans to put together a portfolio of world leading events with efforts to create a "fusion of sport, fashion and music to attract new audiences".

Connolly said the new strategy was "driven by a clear and unwavering purpose to inspire growth across the whole sport".

"Going into next year, a year like no other for netball in this country, we will not only be preparing to defend our Commonwealth Games gold on home soil, but we will also begin to accelerate this ambitious and game changing plan for the sport for the next decade and beyond," said Connolly.

"It is our goal that by 2031 netball in England offers a true game for life, with an offer for all communities supported at every life stage and every life age, to be the sport of choice for women and girls for years to come.

"We also want to see the professional environments and structures in place in the elite game to top the world rankings in every sense and provide many more careers in the sport.

"We have taken learnings from the last decade to inform the next, and I want to thank the netball family for helping to co-create our adventure, with each and every element of the strategy rooted in feedback and insight from our communities.

"As an organisation we are setting out on a journey to realise our goals and continue to reimagine and reinvent ourselves to stay relevant to communities, connecting with our audiences more powerfully than ever before, to grow and develop the game at all levels for years to come."