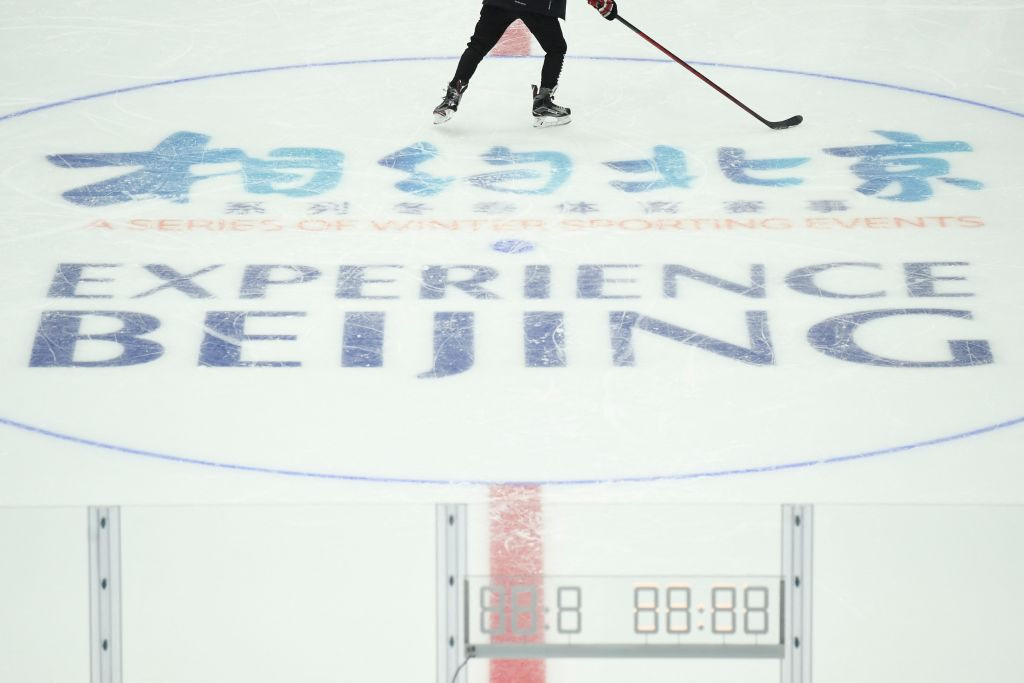 The International Ice Hockey Federation (IIHF) is set to review the eligibility of players on the Chinese men's squad for the 2022 Winter Olympic Games in Beijing next week amid continuing concerns over the standard of the team.

The IIHF Council last week discussed the host nation's team and is due to further analyse information from the Chinese Ice Hockey Association about players on the roster when it meets again on December 6.

Ice hockey's worldwide governing body has insisted there is no change in the status of the Chinese men's team and they are still scheduled to enter the Olympic tournament.

Fears regarding the quality of the Chinese men's side led to suggestions they may be removed from the competition at Beijing 2022, before the IIHF confirmed their place earlier this month.

China have been drawn with reigning world champions Canada, the United States and Germany in Group A of the men's competition at Beijing 2022.

The Chinese side automatically qualified for Beijing 2022 as hosts, but IIHF President Luc Tardif raised concerns over the possibility of the home team being comfortably beaten in all of their matches, and the impact that would have on the tournament and the sport as a whole.

Some of those set to feature on the Chinese team were involved in two Kontinental Hockey League (KHL) matches for Kunlun Red Star this month, which are being used to determine the eligibility of the players.

A number of North America-born players, most of them of Chinese descent, had reportedly moved to China to play for the Beijing-based Kunlun Red Star, a team that joined the Russia-based KHL in 2016.

Kunlun Red Star were beaten in both matches, losing 5-4 in overtime to Khabarovsk Amur and 4-1 to Omsk Avangard.

Gregory Smyth, head of the China Hockey Group, Hong Kong's largest ice hockey organisation, has claimed the IIHF should look into whether Olympic hosts should be given an automatic place at the Games.

"The host team exemption should be reviewed as it puts the Chinese national team in an extremely difficult position of trying to field a world-class team against the NHL’s most elite players," Smyth said, according to the South China Morning Post.

"It’s tough to see how anyone, or the game of hockey, wins at this point."

The Beijing 2022 Winter Olympics are scheduled to run from February 4 to 20.