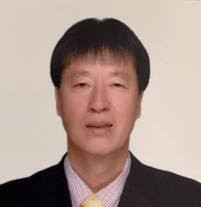 Fabro is currently President of the Federation of School Sports Association of the Philippines (FESSAP), the governing body for university sport in the country.

A well-known sportsman-philanthropist in the Chinese-Filipino community, Fabro is an executive member of the Federation of Filipino Chinese Chamber of Commerce and Industry Inc.

"It’s a great honour for me to head the Philippine delegation to such a prestigious international sports event, such as the Universiade (sic)," said Fabro.

"Only a few have been given that title and that opportunity.

"I am deeply honoured.

"Though it will be a big, big challenge, we hope to do well in Chengdu.

"The dream of every Filipino student-athlete is to excel in an international sports competition.

"We support them all the little way as the FESSAP envisions the youthful athletes to be our future national leaders as well."

The Philippines hopes to compete in archery, athletics, badminton, swimming, gymnastics, table tennis, taekwondo, tennis and wushu at the Chengdu 2021 FISU Games, due to take place from June 26 to July 7 2022 having been postponed for a year due to the COVID-19 pandemic.

Tai Lian was also confirmed by the FESSAP as Philippines’ flag bearer for the Opening Ceremony at Chengdu 2021 FISU Games.

He had been the head of delegation for the 2017 Summer Universiade in Taiwan.

The Philippines made its debut in the Summer Universiade at Tokyo 1967 but did not compete again until Daegu 2003.

They have taken part in every Summer University Games since Shenzhen 2011.

The Philippines have won a total of six medals, including two gold - Wesley So in chess at Kazan 2013 and Ernest Obiena in the pole vault at Naples 2019.