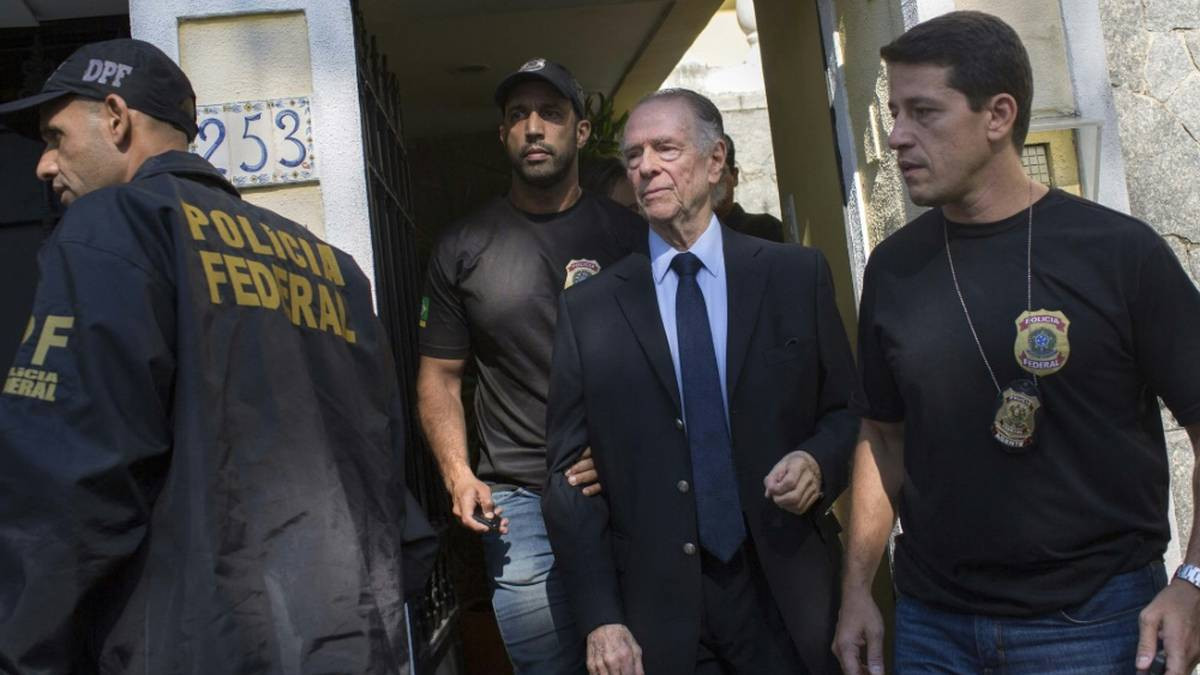 Former Rio 2016 and Brazilian Olympic Committee President Carlos Nuzman has been sentenced to 30 years and 11 months in jail for buying votes for the Brazilian city's successful bid to host the Olympic and Paralympic Games.

The 79-year-old, a former volleyball player who represented Brazil at the 1964 Olympic Games in Tokyo, will not be jailed until the appeals process has been completed.

Cabral was sentenced to 10 years and eight months in prison, while Gryner received a term of 13 years and 10 months.

In October 2017, Nuzman was arrested as part of an investigation called "Operation Unfair Play" on suspicion of organising a $2 million (£1.5 million/€1.8 million) bribe of members of the International Olympic Committee (IOC) to host the 2016 Olympic and Paralympic Games in Rio de Janeiro.

The investigation had been launched after French newspaper Le Monde alleged members of the IOC had been bribed three days before the organisation's Session in Copenhagen in October 2009, where Rio de Janeiro defeated rivals Chicago, Madrid and Tokyo to become the first South American city to be awarded the Olympics.

Bretas claimed Nuzman, an IOC member between 2000 and 2012, was the architect of the scheme.

"The culpability is high, as Carlos Arthur Nuzman was the main creator of the illicit scheme examined in these records and thus acted taking advantage of the high position achieved over 22 years as President of the Brazilian Olympic Committee, which is why his conduct must be valued more rigorously than that of any corrupt person," Bretas said.

"The convict dedicated his public career to making Rio de Janeiro the host city for the Olympics, however, despite such social responsibility, he chose to act against morality and public property."

Nuzman's lawyer, João Francisco Neto, confirmed they would be appealing against the verdict.

"The judge sentenced him for sport, without evidence," Neto said in a statement.

"Nuzman will surely be acquitted.

"The courts of the Republic will not honour this unspeakable legal violence."

Cabral, who has been in jail since 2016 serving a 200-year prison sentence for fraud and corruption, told Bretas two years ago he had paid about $2 million in exchange for up to six votes for Rio from IOC members.

He claimed the money had come from a debt owed to him by Brazilian businessman Arthur Soares.

Soares, known as "King Arthur", was arrested and subsequently released nearly four years ago and remains at large.

He was convicted, along with Nuzman, Cabral and Gryner, in his absence.

Cabral, who governed Rio de Janeiro state between 2003 and 2010, added that another $500,000 (£375,000/€450,000) was paid later to Papa Massata Diack, the son of then IOC member and International Association of Athletics Federations (IAAF) President Lamine Diack, with the aim of securing three more votes of IOC members.

He claimed that the plan to bring the Olympics to Rio de Janeiro by bribing IOC members was devised by Nuzman together with Lamine Diack.

Cabral named two sports legends, the Ukrainian pole-vaulter Sergey Bubka and the Russian swimmer Aleksandr Popov, winner of nine Olympic medals, as among those who had received bribes.

Both have denied the allegations and had threatened legal action.

Another Olympic medallist, former sprinter Frankie Fredericks from Namibia, has been charged in France in connection with the scheme.

Cabral said the seeds for Rio's victory had been planted a few months before the final vote, when Nuzman contacted him in August 2009.

"Nuzman came to me and said, 'Sergio, I want to tell you that the IAAF President, Lamine Diack, is a person that is open to undue advantages,'" Cabral said of the meeting.

"He can secure five or six votes.

Cabral claimed he had contacted Gryner to deal with Papa Massata Diack, to facilitate the payments.

In 2017, Brazilian prosecutors revealed emails between the two men that discussed payments before the vote.

In his testimony, Cabral alleged he had held another meeting with Nuzman, at which he was told that a further $500,000 could secure three additional votes.

"Nuzman told me Papa Diack said he could get more votes," Cabral said in his testimony.

"I told him it would be done."

In his testimony, Cabral also said that a former Brazilian President, Luiz Inácio Lula da Silva, convicted of corruption and money laundering in 2017, and Eduardo Paes, the Rio de Janeiro Mayor during the bid for the Games, had been aware of the bribery scheme but had not participated directly.

Cabral claimed the nine votes had been crucial to securing Rio de Janeiro's passage through the first round of voting, in which it received 26 votes, just eight more than Chicago.

It maintained a big lead in the following rounds, eventually defeating Madrid by 66 to 32 in a final vote.

"It was essential to have the guarantee of these votes," Cabral said.

Bretas said he will send the results of the investigation to authorities in Senegal and France, where Papa Massata Diack and Lamine Diack respectively remain the subject of investigations.

In September 2020, Lamine Diack, President of what is now World Athletics from 1999 until 2015, was convicted in Paris on multiple charges of corruption during his tenure, some of it related to the Russian doping scandal.

He was sentenced to four years in prison, with two of those years suspended.

The bail was related to the case connected to Rio 2016.

Papa Massata Diack, who worked as an IAAF marketing consultant, was also convicted and was sentenced to five years in jail in his absence.

The judge claimed $15 million (£11 million/€13 million) was funnelled to the younger Diack's companies from various contracts negotiated by the IAAF while his father was in charge.

Papa Massata Diack lives in Senegal, which refused to extradite him to France for the trial.

Both Diacks have appealed their convictions.

In 2014, Lamine Diack had appointed Nuzman, a qualified lawyer, as a member of the IAAF Ethics Commission.

The Diacks have also been linked to corruption involving Tokyo's successful bid to host the 2020 Olympic and Paralympic Games.

At a breakfast the morning after Rio 2016 concluded and which was attended by IOC President Thomas Bach, Nawal El Moutawakel, IOC vice-president and chair of the IOC Rio 2016 Coordination Commission, spoke of Nuzman’s efforts to bring the Olympic Games to Rio de Janeiro.

El Moutawakel noted that it had been his dream to bring the Games to Brazil and how this vision had become a reality.

"Brazil and Rio de Janeiro delivered marvellous Olympic Games to the world," she told the audience.

"The Olympic Games Rio 2016 will forever be remembered for sporting excellence, the passion and warmth of the Cariocas and for their tremendous legacy to the people of Rio de Janeiro, Brazil and South America."

The IOC told insidethegames that they were waiting to receive information from the Brazilian courts before deciding what further action to take.

"It is in the highest interest of the IOC to get this situation clarified and to get justice done," an IOC spokesperson told insidethegames.

"The IOC has cooperated with the Brazilian and the French authorities since the very beginning of the procedures in Brazil against Mr Carlos Nuzman and in France against the former IAAF President Mr Lamine Diack and his son.

"After his arrest in 2017, the IOC Executive Board had already decided to suspend Mr Nuzman provisionally from all the rights, prerogatives and functions deriving from his quality as an IOC honorary member.

"Mr Lamine Diack had already been provisionally suspended by the IOC in November 2015, and, within 24 hours, resigned from his position as an honorary member.

"Now, the IOC Ethics Commission will study the judgement against Mr Nuzman and will make its recommendations as soon as it receives the full information from the Brazilian authorities."