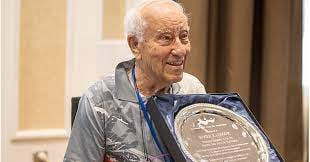 The co-author of the Pacific Games Charter and former Pacific Games Council (PGC) President Roger Kaddour has died at the age of 93 in Nouméa, the capital of New Caledonia.

An instrumental sporting figure in the French territory in the South Pacific, Kaddour was one of three individuals who drew up the Pacific Games Charter in 1961, paving the way for the inaugural edition in Fiji's capital Suva in 1963.

He then served as President of the PGC, which oversees the multi-sport event.

Kaddour was a chief organiser when Nouméa staged the South Pacific Games in 1966 and 1987.

"He is the Mr Sport of Caledonia, he had been chairman of the Games Council on several occasions, it is a real recognition at the Pacific level of all the countries of all that he has been able to do for the [athletic] movement," Dabin said, as reported by France Info.

At the last edition of the Pacific Games in the Samoan capital in Apia in 2019, the New Caledonian official was made the first life member of the PGC.

The PGC offered its "sincere condolences to his beloved family and the sports family of New Caledonia and the wider Pacific".