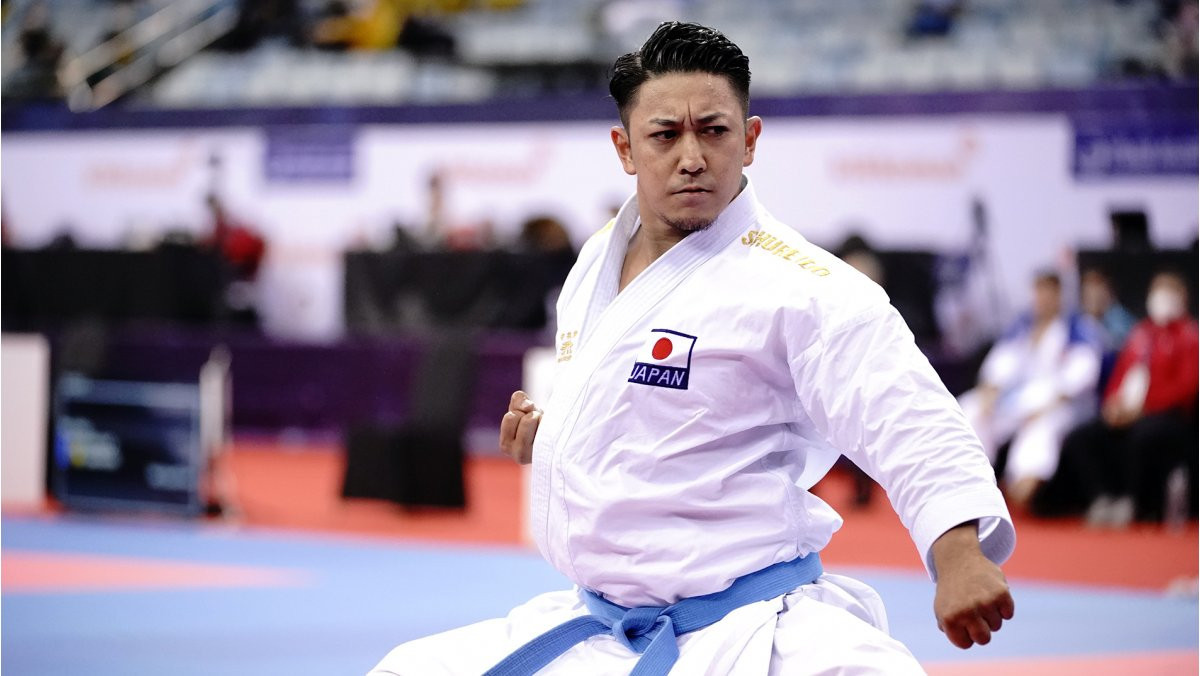 Olympic champion Ryo Kiyuna of Japan and Damian Quintero of Spain will clash for the men’s kata title at the Karate World Championships here in a repeat of the final at Tokyo 2020.

Quintero’s compatriot Sandra Sánchez, the reigning Olympic and world champion, was also in dominant form on her way to booking a place in the women’s final, where she will go up against Japanese world number six Hikaru Ono.

Both gold-medal bouts are due to be held on Saturday (November 21).

Quintero, beaten by Kiyuna in the final of the last World Championships in Madrid as well as at Tokyo 2020, outscored his arch-rival in the final stage of the preliminary phase.

Six-time European champion Quintero’s routine in the last eight yielded a score of 27.28 as he topped his pool in style.

The Argentina-born Spaniard’s total was 0.28 higher than Kiyuna, the undisputed star of the discipline who is favourite to add another gold medal to his collection here.

Should Kiyuna prevail over Quintero again, the Japanese will become the first male kata karateka to win four world titles.

It is 🇪🇸 vs 🇯🇵 also in Female Kata

Who is your favourite to win the title in Female Kata? Sandra Sanchez 🇪🇸 or Hikaru Ono 🇯🇵? #Karate 🥋 #KarateDubai2021 #KarateWorldChamps pic.twitter.com/OLmydlDr1G

Olympic bronze medallist Ali Sofuoğlu of Turkey will take on Switzerland's Yuki Ujihara in the first of the two bouts for bronze that are scheduled for the weekend.

The other will be between Italy’s Mattia Busato, who took bronze in Madrid three years ago, and American Gakuji Tozaki.

Sanchez’s progression to the women’s kata final was equally serene as she blew the rest of the field away with a superb display.

The 40-year-old six-time European gold medallist outscored her opponents in every round, totalling an impressive 27.92 in the last eight to secure her spot in the final.

Sanchez finally got her hands on the world title at the 2018 World Championships on home soil in Madrid after beating Kiyou Shimizu of Japan, and few would back against her retaining her crown on Saturday.

Standing between Sanchez and a second consecutive world gold medal is Ono, who highlighted her credentials with a superb 27.48.

Ono is Japan’s top female kata karateka at these Championships as Olympic silver medallist Shimizu has not entered the event.

Olympic bronze medallist Grace Lau of Hong Kong will face Egypt's Aya Hesham and Italy's Viviana Bottaro, who also finished third at Tokyo 2020, goes up against world number two Sakura Kokumai of the United States, in the bouts for bronze.

Eliminations and the repechage round in the team kumite events and team kata qualification are scheduled for tomorrow.