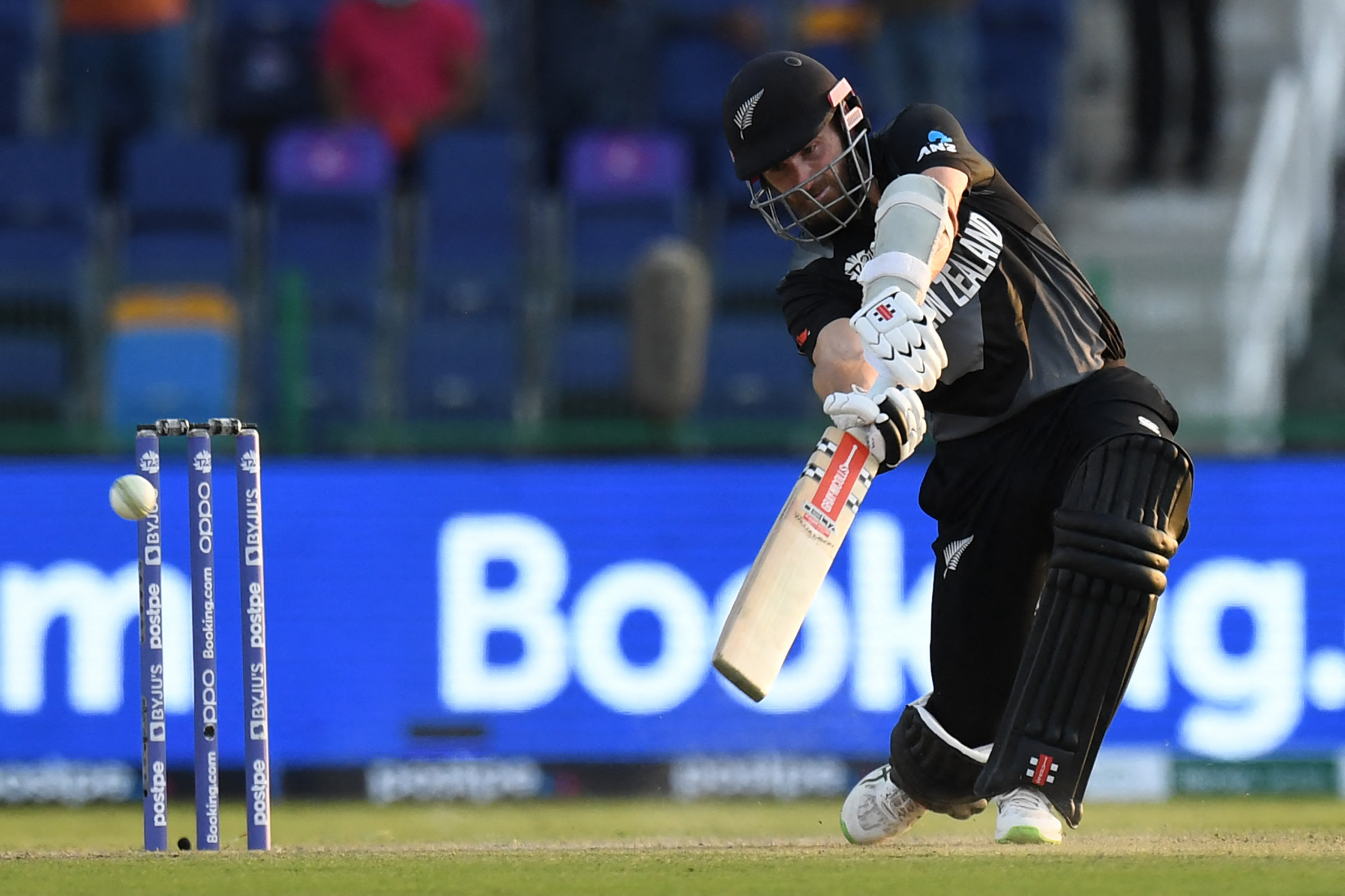 Afghanistan had a slim hope of advancing to the last four of the tournament in the United Arab Emirates, but needed a victory over New Zealand to keep their hopes alive.

Their hopes were dented early at the Sheikh Zayed Cricket Stadium despite winning the toss, after being reduced to 56-4 having chosen to bat.

Najibullah Zadran impressed for Afghanistan in the middle order as he scored 73 from 48 balls to boost their total, but his resistance was ended when he was caught off the bowling of Trent Boult, with New Zealand restricting Afghanistan to 124-8.

New Zealand gradually built their innings in reply to Afghanistan’s total, remaining on track with the required run rate.

Captain Kane Williamson and wicketkeeper Devon Conway then scored 40 and 36 not out respectively to guide New Zealand to an eight-wicket victory with more than an over to spare.

The result saw New Zealand rise to the top of Group 2 with four wins and one loss from their matches.

Unbeaten Pakistan will secure top spot should they beat Scotland in the late match.

With New Zealand moving onto eight points, an Indian victory over Namibia tomorrow would not enough to take them into the semi-finals.

New Zealand will face Group 1 winners England in the semi-finals after finishing second to Pakistan.

Pakistan earned top spot and a semi-final against Australia by earning their fifth consecutive victory.

Captain Babar Azam and Shoaib Malik scored 66 and 54 respectively to help Pakistan finish their innings on 189-4 against Scotland.

The target proved too challenging for Scotland, who reached 117-6 in reply to finish the group stage with five straight defeats.

The group stage will conclude tomorrow, with the semi-finals beginning on Wednesday (November 10).

The ICC also paid tribute to of Mohan Singh, the curator at the Zayed Cricket Stadium, who passed away earlier today.

"We are deeply saddened and our thoughts and prayers are with his family and friends, Abu Dhabi Cricket and everyone connected with the event," an ICC statement read.

The ICC said the match between New Zealand and Afghanistan went ahead at the request of the ground staff and Singh’s family.