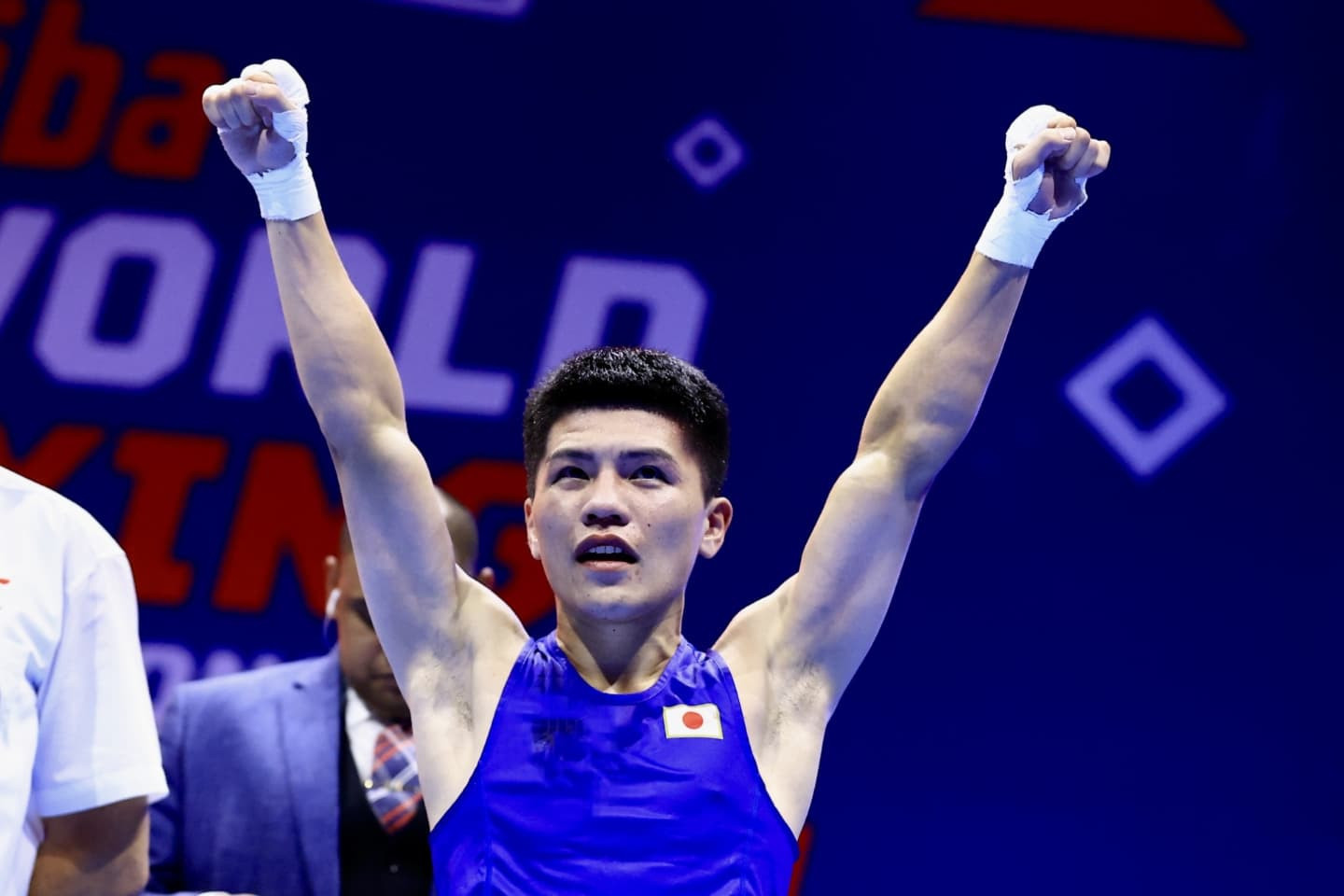 Tsuboi was the first Japanese victory, defeating Makhmud Khalokov of Kazakhstan by unanimous decision, signing off a fantastic campaign.

He emerged as one of the favourites for the medals after eliminating Shakhobidin Zoirov of Uzbekistan in the preliminaries before confirming his spot in the final with a defeat of Billal Bennama of France.

The Japanese boxer showed raw emotion when the decision was called, letting out a roar before embracing his coaches.

Japan's second world title was not as decisive as Sewon Okazawa - who has made a name for himself for perfecting mind games in the ring - met his match as young American Omari Jones stifled his hit-and-run approach.

Okazawa allowed the 18-year-old to get some direct punches to the face, but in the end, won over the judges to take the 3-2 split decision by the finest of margins.

Loren Alfonso Dominguez of Azerbaijan was also a split decision victor against Keno Machado of Brazil in the under-86kg final.

Machado was trailing after two rounds and needed a strong finale to claim gold and impressed - but needed one more judge in his favour to turn the result his way.

The most straightforward victory of the night came in the under-60kg, where France's Sofiane Oumiha was unanimously defeated Abdumalik Khalokov of Uzbekistan.

Oumiha had to compete in the semi-finals where he defeated bronze medallist Alexy de la Cruz Baez of the Dominican Republic, while Khalokov was given a rest as the other bronze medallist, Iranian Daniyal Shahbakhsh, forfeited due to injury.

The extra practice was beneficial to the Frenchman who won over every official in every round.

In the first bout of the evening, Kazakhstan's Temirtas Zhussupov unanimously defeated Wuttichai Yurachai of the Thailand Boxing Federation (TBF) to claim the under-48kg gold medal.

On the podium, they were joined by bronze medallists Yauheni Karmilchyk of Belarus and Georgia's Sakhil Alakhverdovi.

Yoenlis Hernandez gave Cuba its first gold of the Championships, defeating Dzhambulat Bizhamov of the Russian Boxing Federation (RBF) by a 4-1 split in the under-75kg final.

Finally, the RBF's Mark Petrovskii sent the fans home happy by beating Armenian Davit Chaloyan by a 4-1 split decision in the over-92kg final.

The Championships is set to conclude tomorrow.