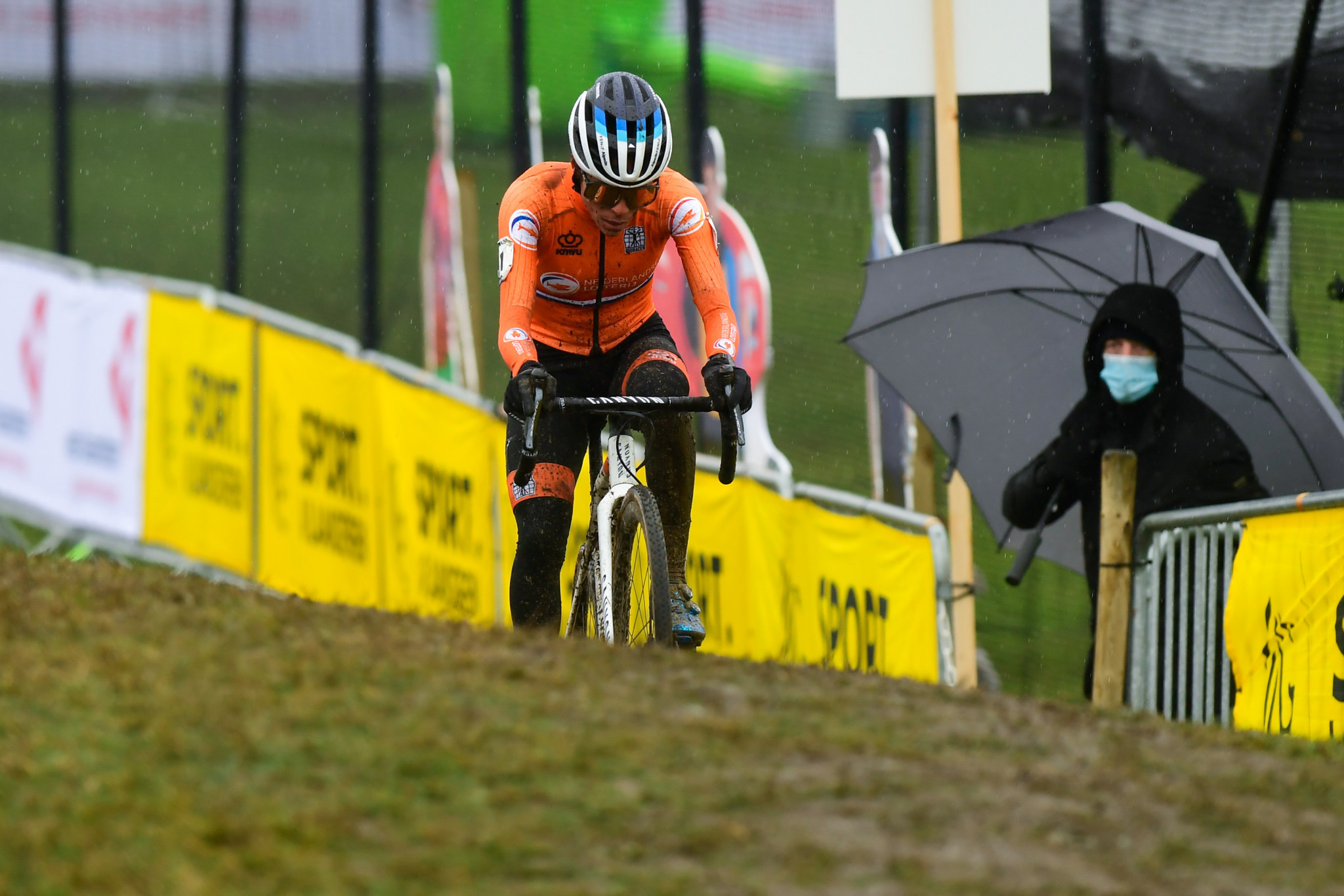 The women's elite race concludes tomorrow's first day of racing, with Alvarado one of 37 competitors from 11 countries taking part.

The Netherlands completed a one-two-three in this event at last year's Championships in 's-Hertogenbosch, the Dutch city commonly known as Den Bosch, and the 2018 European champion Annemarie Worst and two-time silver medallist Lucinda Brand will be bidding for further success after a silver and bronze respectively last year.

Brand is the reigning world champion, while Worst secured silver in Ostend in Belgium at the World Championships earlier in the year and Denise Betsema came through in third.

Yara Kastelijn adds to a strong eight-rider cohort from The Netherlands having triumphed at the European Championships in 2019.

Belgium's three-time world champion Sanne Cant is aiming for her fourth European title after wins in 2014, 2015 and 2017, while Italy's Eva Lechner is the only rider to break the Dutch stranglehold on the podium at the last three editions of this event with a silver medal in 2019.

The women's junior race is scheduled to be the first event of the Championships at Col du Vam tomorrow morning, with the event returning after being cancelled last year because of the COVID-19 pandemic.

A total of 55 riders are expected to take part from 15 countries.

That is followed by the men's under-23 event, in which The Netherlands' Ryan Kamp will be looking to defend his title, although he could face a challenge from Britain's bronze medallist in 's-Hertogenbosch Cameron Mason and fellow Dutchman Pim Ronhaar, under-23 gold medallist at the World Championships in Ostend.

Thibau Nys of Belgium, his compatriot Jente Michels and Switzerland's Dario Lillo made up the top three in the men's junior race in 2019, and have stepped up to the under-23 event.

The first race set for Sunday (November 7) is the men's junior, an event which also was not held last year.

It will include 82 riders from 15 countries.

In the women's under-23 race on Sunday, The Netherlands' Puck Pieterse will be looking for back-to-back titles after her success in 2020, although her compatriot and world champion Fem van Empel is likely to provide a strong challenge.

The Championships concludes with the men's elite race, in which Eli Iserbyt of Belgium claimed his maiden European gold in the category in 2020 after winning junior and under-23 titles earlier in his career.

The 2020 European bronze medallist Lars van der Haar is one of four Dutch riders entered into the race.

Enrico Della Casa, the UEC President, is looking forward to the Championships.

"The Cyclo-Cross European Championships are the last meeting of the season in the UEC’s event calendar which coincide with one of the most important first events of the season for this discipline on an international level," said the Italian official.

"Europe has always been regarded as the home of cyclo-cross and we will witness this in a few days in one of the most symbolic places for this discipline."