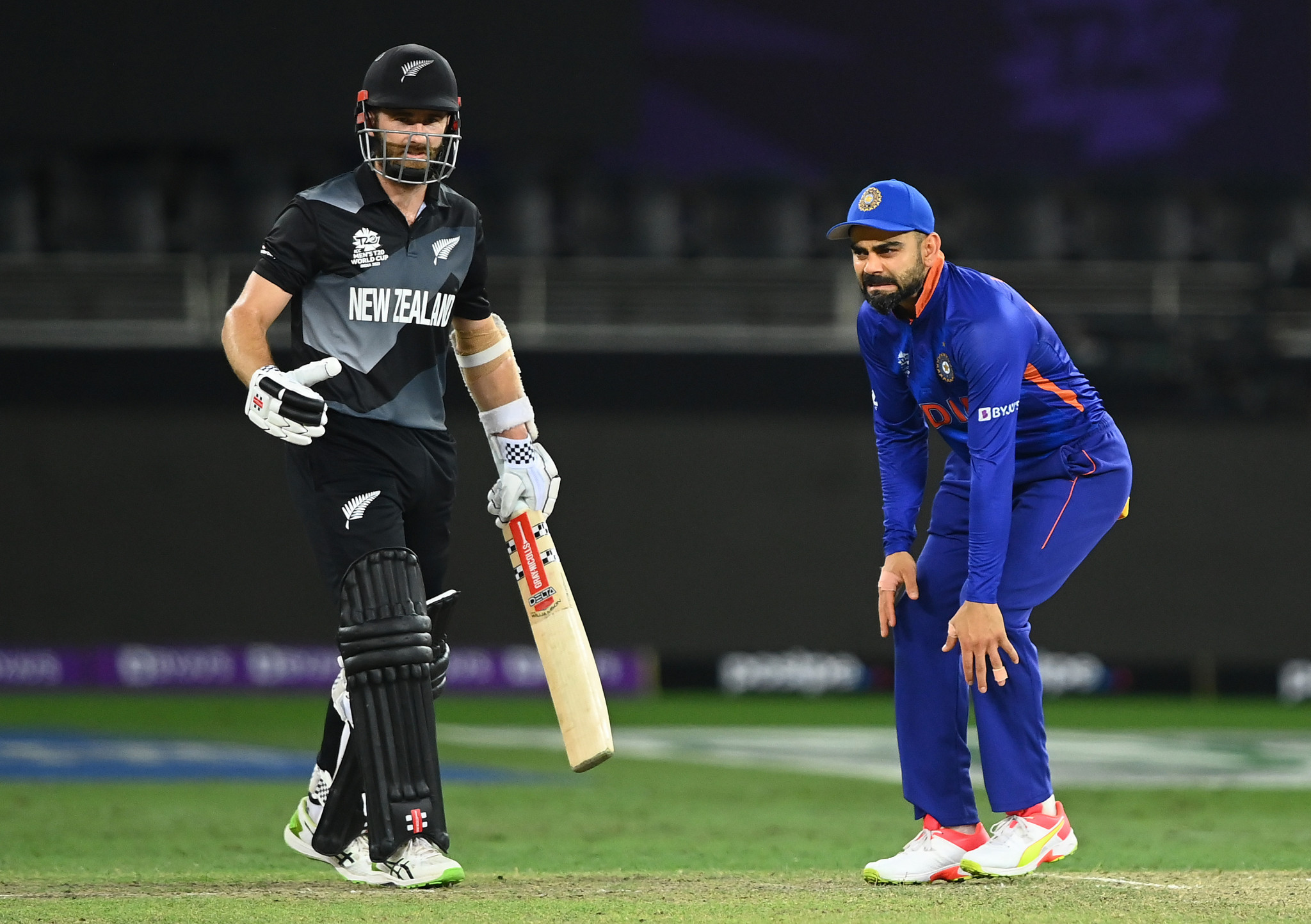 India, one of the pre-tournament favourites at the T20 World Cup, are now relying on other results if they are to reach the semi-finals after being heavily beaten by New Zealand in Dubai.

In a clash between two sides seeking their first win of the Super 12s stage, India produced a poor performance after being put in to bat at the Dubai International Cricket Stadium, struggling to 110-7.

India’s batsmen holed out to fielders on the boundary throughout the innings, with Ravindra Jadeja top scoring with an unbeaten 26.

Trent Boult took three wickets for 20 runs, as India’s batters were subdued, with the innings featuring a run of 71 balls without a boundary.

New Zealand cruised to their target with five and a half overs to spare, winning by eight wickets, with opener Daryl Mitchell top scoring with 49 off 35 balls, including four fours and three sixes.

Black Caps captain Kane Williamson also made an unbeaten 33 as New Zealand eased to victory, enhancing their net run rate and putting themselves right in the frame for a semi-final spot.

In the day’s other Group Two game, held at the Sheikh Zayed Stadium in Abu Dhabi, Afghanistan comfortably beat Namibia after electing to bat and posting 160-5.

Wicketkeeper Mohammad Shahzad top scored for Afghanistan with 45 off 33 balls, as they set a target that looked out of their opponent’s reach.

That proved to be the case as Namibia lost wickets regularly in their chase, finishing an innings which featured just seven boundaries, on 98-9, falling 62 runs short of their target.

Naveen-ul-Haq took three wickets for 26 runs off his four overs, in a win that put Afghanistan second in the group with four points from three matches.

New Zealand and Namibia follow on two points, both with a win and a loss so far, while India and Scotland are both winless from their opening two games.

Pakistan top the group with six points, having won all three of their matches played so far.

There is one match tomorrow, with Group One leaders England taking on Sri Lanka at the Sharjah Cricket Stadium.