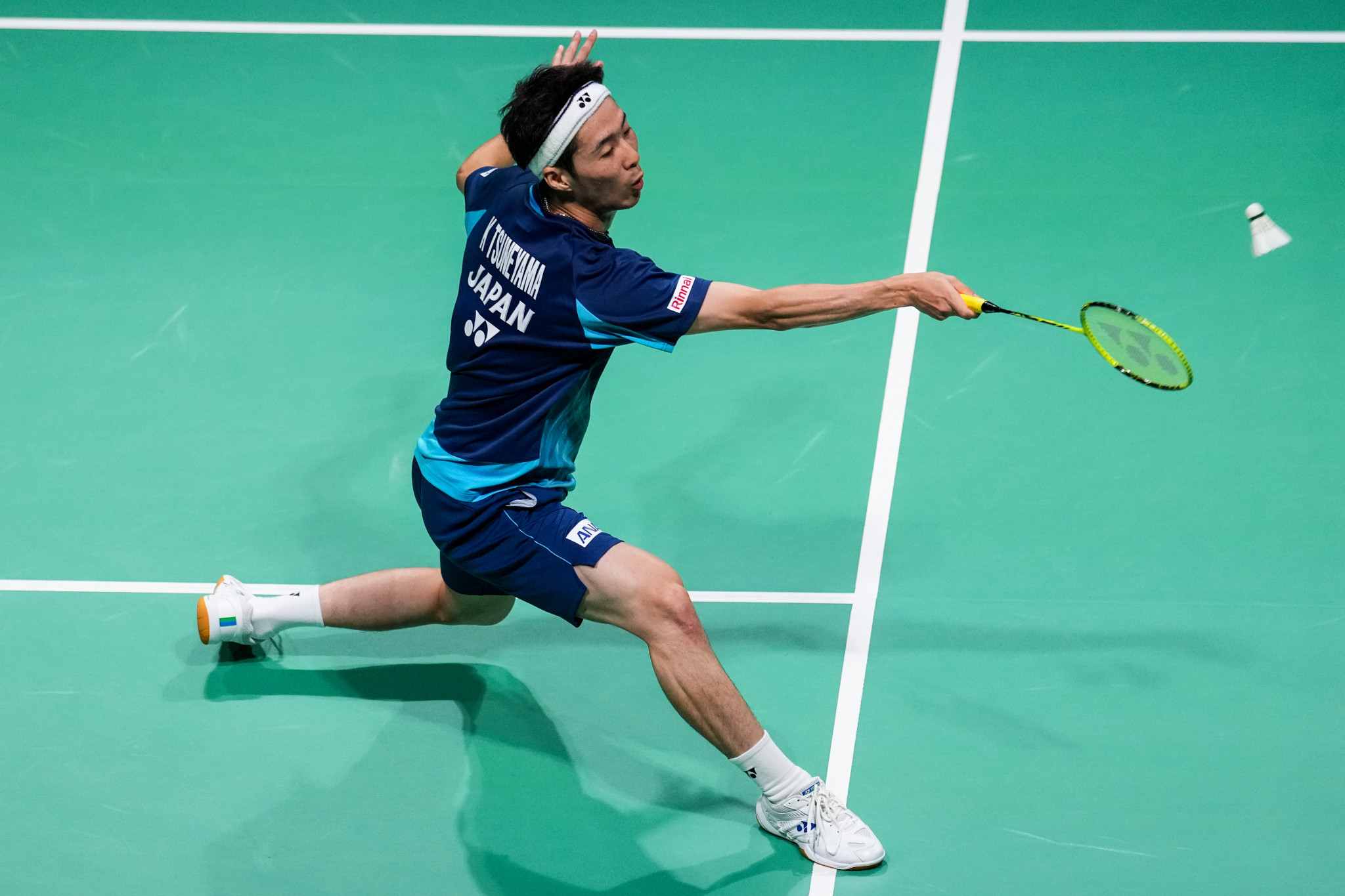 Kanta Tsuneyama advanced to the men’s singles final at the Badminton World Federation (BWF) French Open after compatriot Kento Momota withdrew in the third game of their last four tie.

The all-Japanese semi-final began with a gruelling game at the Stade Pierre de Coubertin in Paris, with Tsuneyama fending off five game points to level the scores at 24-all.

Momota won the next rally before converting his sixth game point to take a step towards the final.

The setback did not impact Tsuneyama, who began dominating the contest to secure the second game 21-11.

Tsuneyama won the opening point of the decider, with Momota then withdrawing from the contest due to an injury.

The top seed presented a shuttlecock to a young fan, who had supported him from the start of the match.

Tsuneyama advanced to the final where he will face the challenge of Chou Tien-chen, who overcame South Korea’s Heo Kwang-hee.

Women’s singles top seed Akane Yamaguchi came through a tough test against South Korea’s An Se-young to reach the final.

Japanese player Yamaguchi won the opening game of the semi-final 21-13, with 2019 winner An hitting back by taking the second 21-10.

An’s grip on the title came to an end when Yamaguchi triumphed 21-18 in the decider.

Yamaguchi will compete in an all-Japanese final, after Sayaka Takanashi came from a game down to beat reigning world champion Pusarla Venkata Sindhu of India 18-21, 21-16, 21-12.

The women’s doubles competition will see an all-South Korean final.

Their compatriots Kim So-yeong and Kong Hee-yong were 21-17, 21-19 winners against Japanese pair Nami Matsuyama and Chiharu Shida in their last four tie.

They will face either Malaysia’s Aaron Chia and Soh Wooi Yik or South Korea’s Ko Sung-Hyun and Shing Baek-cheol.

Their opponents in the final will be Mathias Christiansen and Alexandra Bøje of Denmark, who overcame Hong Kong’s Tang Chun Man and Tse Ying Suet 21-11, 21-15.