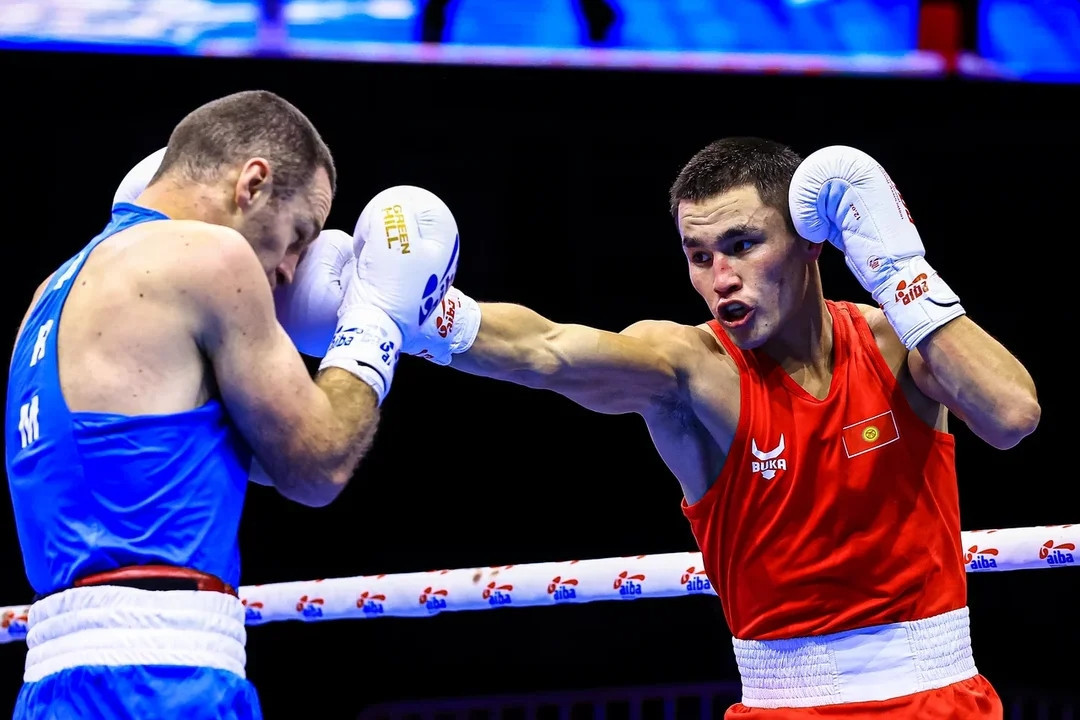 Kyrgyzstan's Nuradin Rustambek lost his under-71 kilogram bout by disqualification on the fifth day of competition at the International Boxing Association (AIBA) Men's World Boxing Championships in Belgrade, after low blowing his opponent.

Capping off a chaotic end to the night at the Štark Arena, Rustambek went for an uppercut on Arman Darchinyan, but landed it far lower than the expected target, causing the Armenian to collapse in a heap, but importantly, with the win in the bag.

There was plenty of drama in the last hour of action, with the Russian Boxing Federation's (RBF) Vadim Musaev ending competition in Ring A by knocking out home favourite Dejlan Toskic of Serbia in just 20 seconds.

A well-landed punch put Toskic into a comical spin before he dropped to the mat.

Mexican Marco Verde Alvarez made it through in style too by ending the contest by referee's stoppage against Jose Rodriguez of Ecuador, while Japan's Yuta Akiyama defeated Jhonathan Arboleda Chala of Colombia unanimously.

Starting off the day were bouts in the under-54kg, with Japan's Tomoya Tsuboi easing to victory against Italy's Manuel Cappai, and Shakhobidin Zoirov of Uzbekistan stopping a home win for Serbian Tamir Galanov in the following bout.

Turkey's Muhammet Sacli thrashed his opponent Shaffi Hassan in just two minutes, causing the match to end by referee's stoppage after leaving the Kenyan in a daze.

Scotland's Matthew McHale was cheered on by his team, who played a part in turning the bout around against the RBF's Kurban Bairanbekov, as McHale won by unanimous decision in the end.

Spain's Gabriel Escobar Mascuyano defeated Bulgarian Daniel Asenov at the Tokyo 2020 Olympics, with the round of 32 at the World Championships being the latest meeting between the familiar pair.

The Spaniard claimed the victory again by unanimous decision to progress.

Makhmud Sabyrkhan of Kazakhstan put in a dominant display against South Korean Kim Inkyu too, nearly taking the bout to a referee's stoppage.

In the under-92kg, Serbian Sadam Magomedov defeated Brazilian Abner Teixeira da Silva in a feisty battle between the pair, won on split decision.

Double Olympic champion, Julio la Cruz Peraza of Cuba, avoided a potential upset with a resounding result against Bulgaria's Radoslav Pantaleev; while England's Lewis Williams cemented himself as a medal contender with a pristine performance against Albanian Indrit Laci.

Italian Aziz Abbes Mouhiidine put in another solid box to progress to the round of 16 after beating Croatian Toni Filipi, while Sanjeet of India was the victor by split decision against RBF's Andreii Stotskii.

Serbia had another home winner as Semiz Alicic defeated Laos' Walter Oupathana convincingly too to make it to the round of 16.