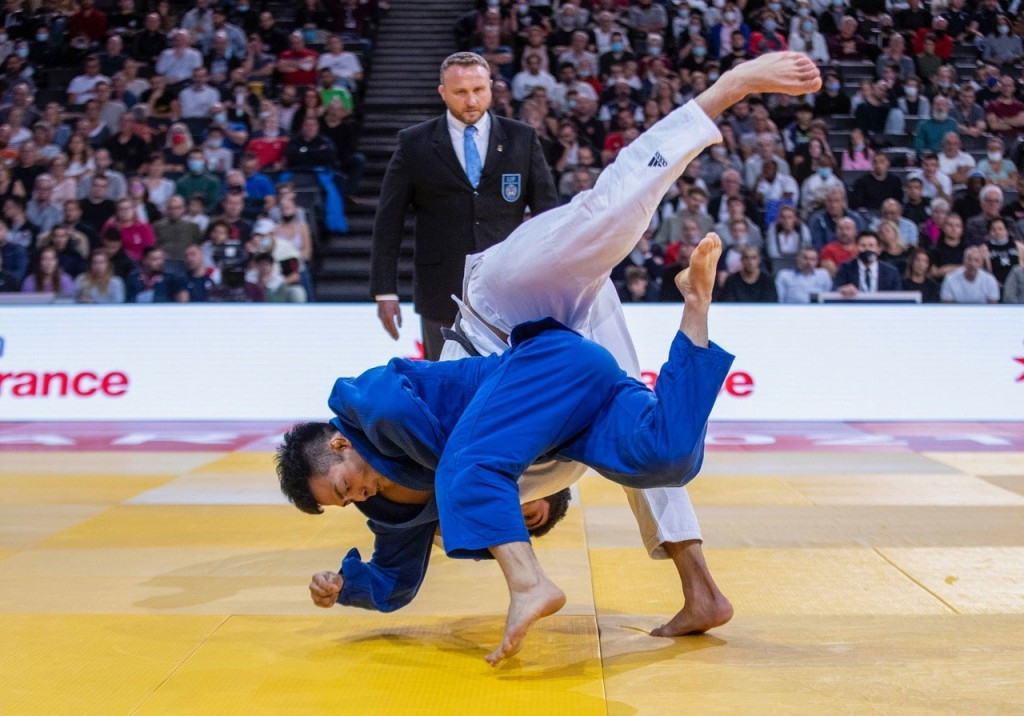 Japan won three gold medals on the final day of the International Judo Federation (IJF) Paris Grand Slam to solidify its place atop the overall standings at the AccorHotels Arena.

Takeshi Sasaki claimed Japan's first gold at the 50th edition of the event in France after flipping Georgia's Tato Grigalashvili on his back to score an ippon in the men's under-81-kilogram final.

The Japanese success continued in the under-90kg gold medal match with Kenta Nagasawa.

Although the two-time world champion was unable to land a decisive blow against Russia's Khusen Khalmurzaev, he had scored a waza-ari earlier in the bout which secured the win once time had expired.

Arman Adamian avenged his countryman after one minute and nine seconds of the under-100kg final.

The 2021 Zagreb Grand Prix gold medallist scored the winning ippon against Asley Gonzalez after hooking a leg round the back of him to drop the Romanian on his back.

The tie was slipping away from him as Cyrille Maret had scored a waza-ari and time was ticking down.

However, with just 48 seconds left Tasoev then wrestled the Frenchman to the ground and forced him into a supine position to score the victory, leaving the Parisian crowd in disbelief.

After dancing around the tatami for two and a half minutes with the Croatian, Niizoe achieved an ippon by pinning her opponent down for 20 seconds.

Aleksandra Babintseva of Russia then won her country's third gold medal in the final of the under-78kg competition, defeating Japanese judoka Rika Takayama by driving her backwards to claim a powerful ippon.

In the first final of the day that did not feature a Japanese or Russian athlete, Frenchwoman Léa Fontaine and Israel's Raz Hershko went head-to-head in the over-78kg final bout.

Hershko took home the gold medal after Fontaine was penalised three times, resulting in an ippon for the Olympic bronze medallist.

Japan's seven golds, two silvers and two bronze medals meant that it was the most successful country by a distance.

Russia claimed second with three gold and two silver medals while Israel rounded out the top three with two golds and one bronze.

The next Grand Slam is set to take place in Baku in Azerbaijan from November 5 to 7.