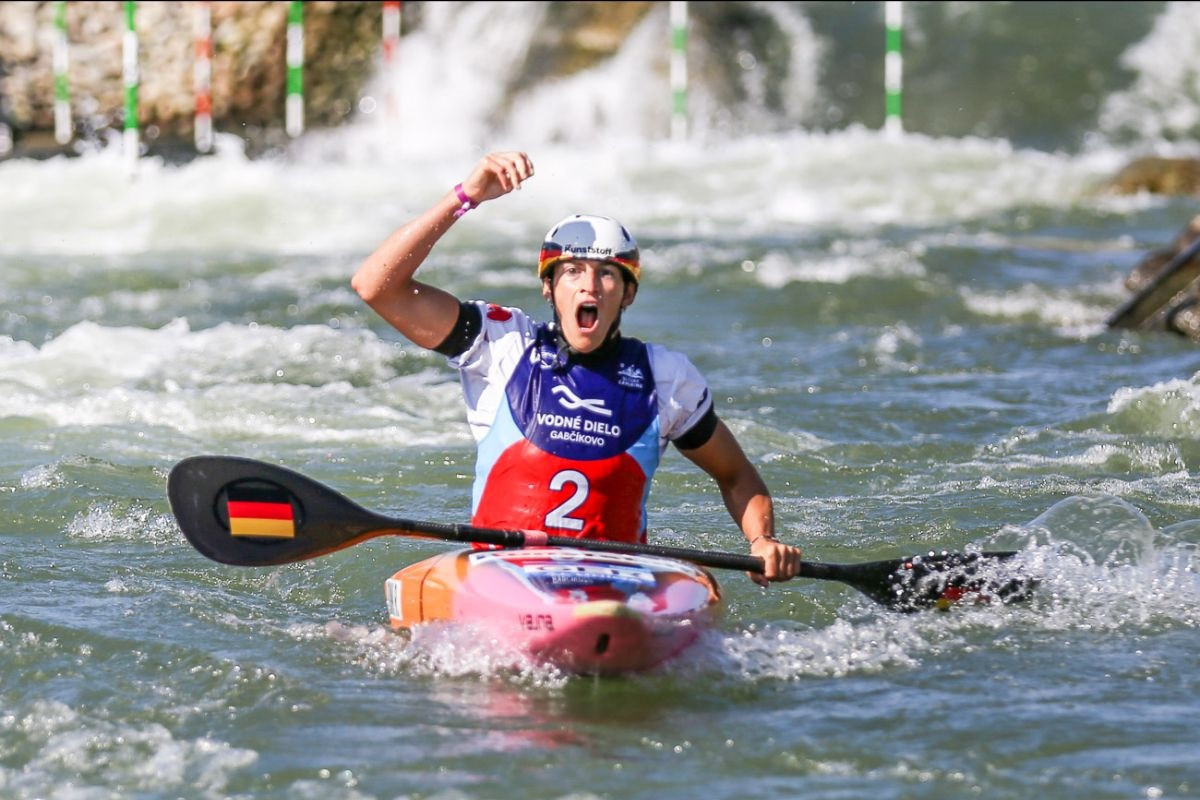 Funk became the first canoeist to win gold at both the Olympics and World Championships in the same calendar year when she emerged victorious in the women’s K1 final.

The 29-year-old picked up a two-second penalty but still finished 2.51secs ahead of compatriot Elena Apel, winning in 94.80.

Britain’s Kimberley Woods finished in 97.90 to clinch bronze as she and Apel earned their first World Championships medals.

Funk previously claimed two bronzes and one silver at the event as she finally tasted victory, backing up her triumph at the Tokyo 2020 Olympics.

"For me this is crazy, I’ve been working really, really hard for this," said Funk.

"After winning the Olympics I had the next goal in sight, but first I needed to calm down like this.

"It was a really long year.

"The goal was definitely the Olympics, and now the World Championships, but now I am definitely ready for a holiday so I will go straight from Bratislava."

France’s Boris Neveu added a second world title to the gold he won in 2014 after winning the men’s K1 in Bratislava.

The 35-year-old, who made his Olympic debut at Tokyo 2020, powered to victory in 83.92 – almost four seconds ahead of the chasing pack.

There was a tighter battle for silver with Italy’s Marcello Bedo taking it after finishing in 87.75.

Spain’s Joan Crespo had to settle for bronze in 3.98.

"It was very important for me to finish this season with a medal after a big mistake in the Olympics," Neveu said.

"I hoped there would be another [chance], you always hope it will not be your last.

"I trained hard for this gold medal and had to wait a long time, but I got a new medal so I am very happy.

"It’s always important to have a good start in an Olympics cycle, I hope it will continue like this until Paris.

"I need to win medals, it’s good for my mental health, so I am very happy."