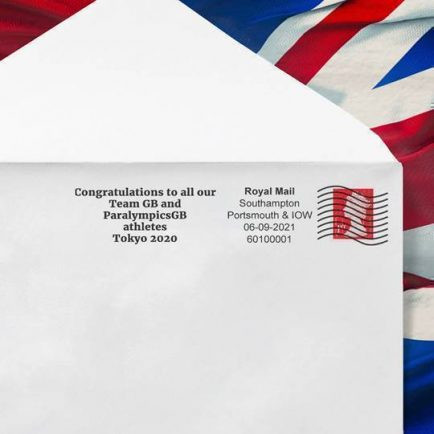 Britain’s outstanding performances in the Olympic and Paralympic Games at Tokyo 2020 has been commemorated by the Royal Mail with a special postmark.

Team GB finished fourth on the Olympic medals table with a total of 65 medals, including 22 gold, their second-best performance in an overseas Games behind Rio 2016.

It maintained Britain’s record of having finished among the top five countries in the medals table at every Paralympic Games since they were first held at Rome 1960.

The postmark, which read "Congratulations to all our Team GB and ParalympicsGB athletes Tokyo 2020", appeared on all mail sent in the United Kingdom between September 6 and 10.

This is not the first occasion that the Royal Mail has marked the success of Britain’s Olympic and Paralympic teams.

To commemorate British gold medallists London 2012, various post boxes in the hometowns of the medal winners around the UK, plus one each on Sark and the Isle of Man, were re-painted gold.

It marked the first occasion in modern times that the colour of post boxes in the UK had been changed from their traditional red.

Originally intended to be a temporary measure, due to the positive public response it was later decided the colour change would become a permanent tribute, with boxes additionally receiving their own special plaques.