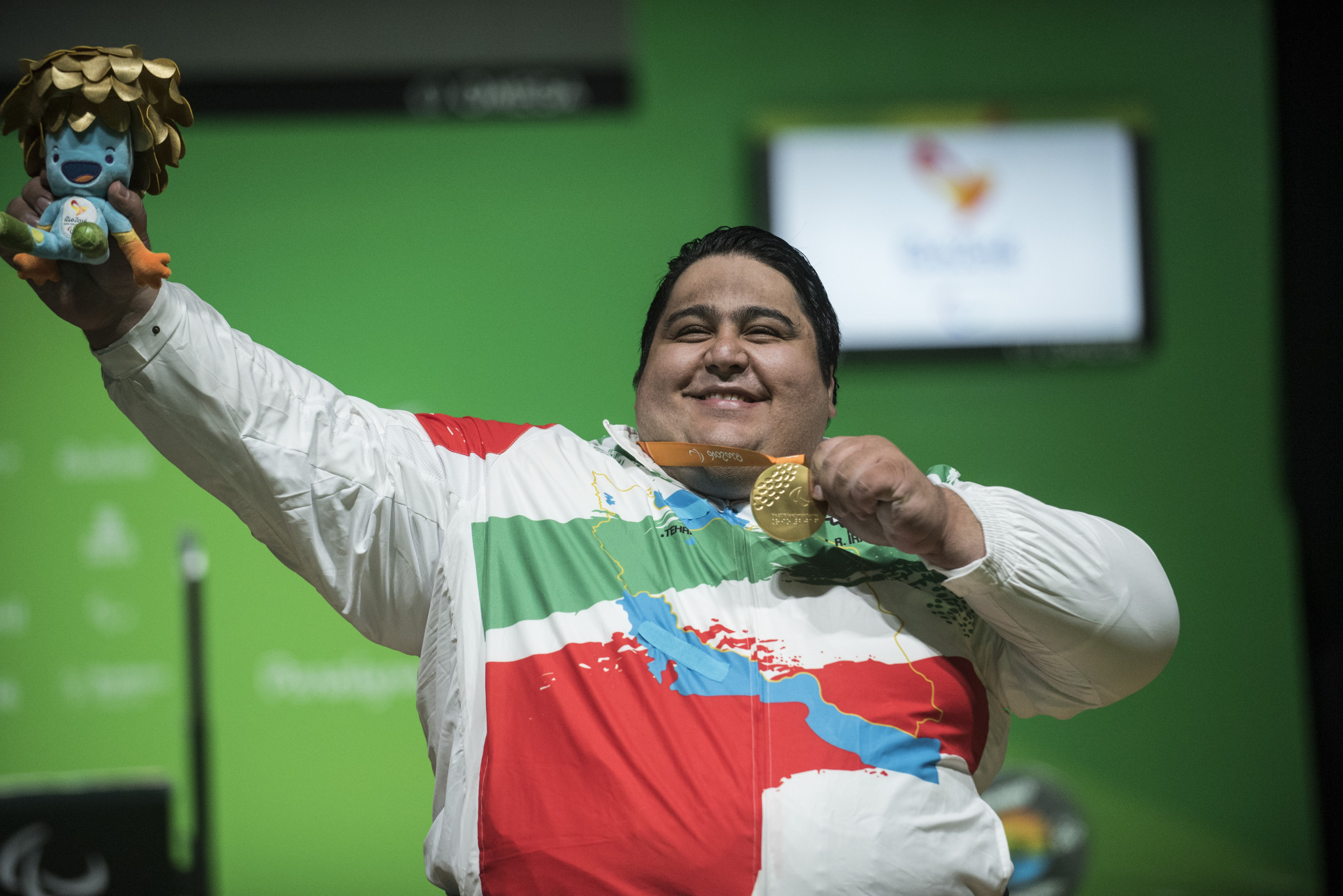 Silver medallist Mansour Pourmirzaei of Iran displayed a picture of the late Siamand Rahman on his t-shirt during an emotional victory ceremony here at the Tokyo 2020 Paralympics.

There were tears in Pourmirzaei's eyes as he opened his jacket to unveil the image before collecting his silver medal after competing in the men’s over-107 kilograms final.

Pourmirzaei struggled to hold back his emotions as he looked to pay tribute to Iranian powerlifting great Rahman.

He then respectfully zipped up his jacket to observe the national anthem of Jordan following Jamil Elshebli's victory.

Rahman, a two-time champion in the men's over-107kg event, died at the age of 32 in March last year after suffering a heart attack.

The Iranian clinched gold at the London 2012 and Rio 2016 and still holds the world record with a lift of 310kg.

Pourmirzaei would have been hoping to follow in Rahman’s footsteps by claiming gold but narrowly missed out.

Elshebli led after the first round before Pourmirzaei drew level after lifting 241kg.

Pourmirzaei attempted to snatch victory with 246kg, only to fail for the first time in the final round.

Elshebli also failed at that weight but secured the win based on body weight.

Enkhbayar clinched the title with a Paralympic record as he lifted 245kg - just 2kg off his world record.

It is also Mongolia’s first medal of the Tokyo 2020 Paralympics.

"I’m very happy that everyone in my country supported me and that I had the support of the Government, and thanks to everyone who cheered for me," said Enkhbayar.

"I reached this goal for them.

"It means a lot to the whole country and the Mongolian team, as well. I hope it gives inspiration to other Mongolian para athletes to compete in the Paralympic Games in the future."

Nigerian Folashade Oluwafemiayo was a clear winner in the women's under-86kg final having lifted 151kg for a new world record.

She was then given another lift to further improve the mark to 152kg and duly delivered.

"I was once again able to win gold by the grace of God," said Oluwafemiayo, whose gold medal adds to the silver she won at London 2012.

China's Zheng Feifei was the silver medallist with 139kg.

Britain's Louise Sugden won the bronze medal due to being lighter than Egypt's Amany Ali after they both lifted 131kg.

China's Deng Xuemei saw off the challenge of world record-holder Loveline Obiji of Nigeria to claim gold in the women's over-86kg category.

Obiji - who has previously lifted 160kg, failed to lift 152kg, meaning she was forced to settle for silver with 147kg.

With victory secured, Deng rounded off a superb performance by lifting 153kg.