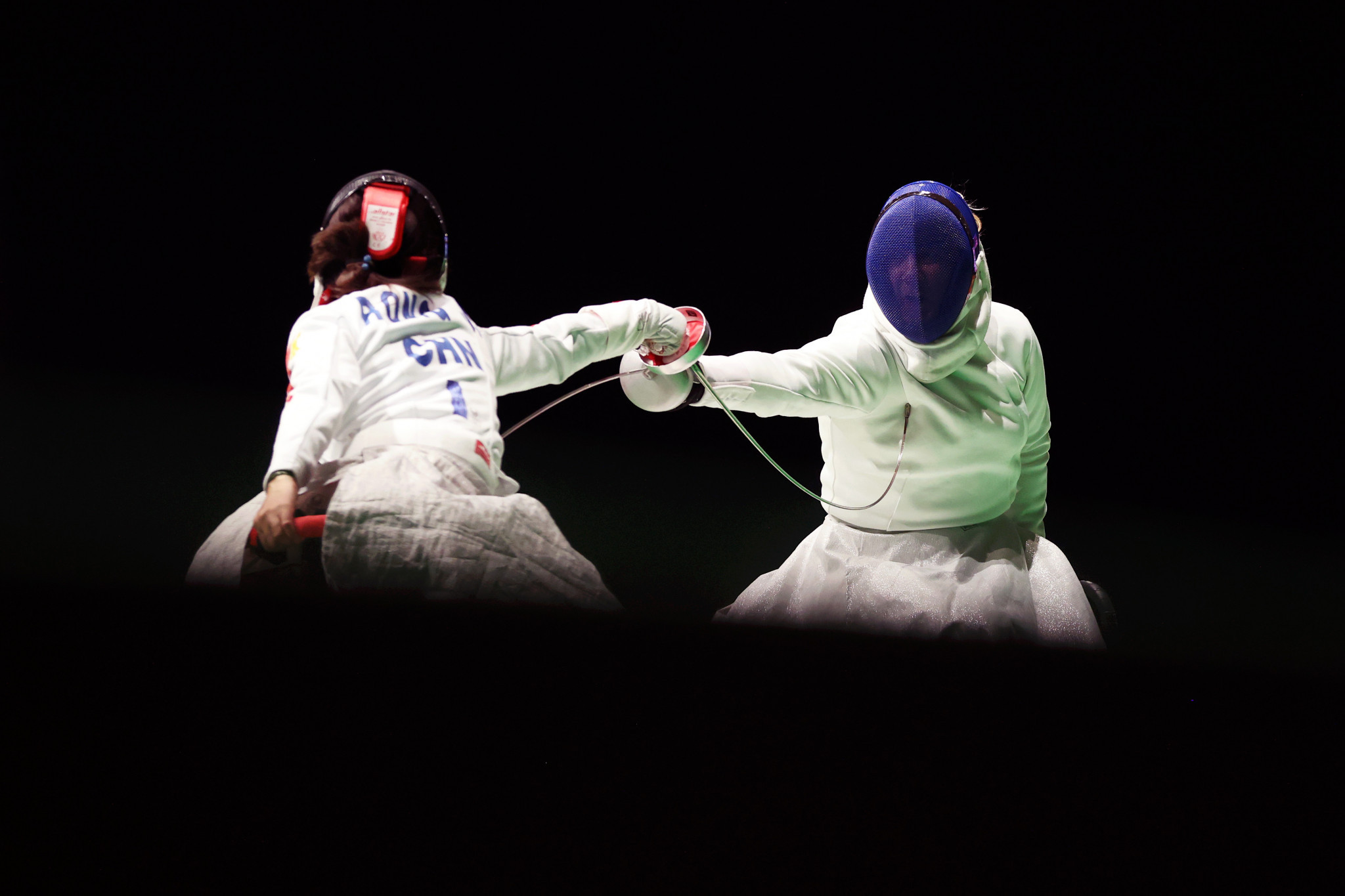 China were crowned women’s wheelchair fencing team épée champions after a dominant performance against Ukraine at the Makuhari Messe today.

The Chinese team began as top seeds for the competition, with Jing Bian, Shumei Tan and Jing Rong having all enjoyed individual success in Tokyo.

Bian had earned individual sabre gold and épée bronze in the category A event, while Rong was seeking to add to her épée silver.

The team event represented a chance for Tan to secure gold for the third consecutive day, having won the team épée and sabre titles for category B athletes.

China earned wins over Hungary and United States in the pool phase, but suffered a surprise 45-44 loss to Ukraine.

A strong response came in the semi-finals, where China overcame the Russian Paralympic Committee (RPC) 45-24 to book their place in the gold medal match.

The final saw a rematch with Ukraine, whose team of Nataliia Mandryk, Yevheniia Breus and Olena Fedota beat Hong Kong 45-27 in the semi-finals.

China avenged their earlier defeat with a dominant display seeing Bian, Tan and Rong win by a 40-17 margin.

"Tan’s the rookie at the Paralympics on our team, but she's been amazing," said Rong, who won three gold medals at Rio 2016.

"She always tries her best in every match and she won everything.

"It's like a dream to win my fifth gold medal at the Paralympic Games.

"It has been difficult but I tried to calm down in my bouts and do my best to win.

"This is my third time at the Paralympics and I feel happy and excited just like my first time at London 2012."

Iuliia Maya, Alena Evdokimova and Viktoria Boykova won bronze for the RPC, with their team earning a 45-34 win against Hong Kong.

The RPC topped the podium in the men’s event, with Maxim Shaburov, Alexander Kuzyukov and Artur Yusupov battling to victory in a closely contested final.

The RPC team trailed 20-16 against China, but Shaburov won his next contest 8-1 to turn the contest in his team’s favour.