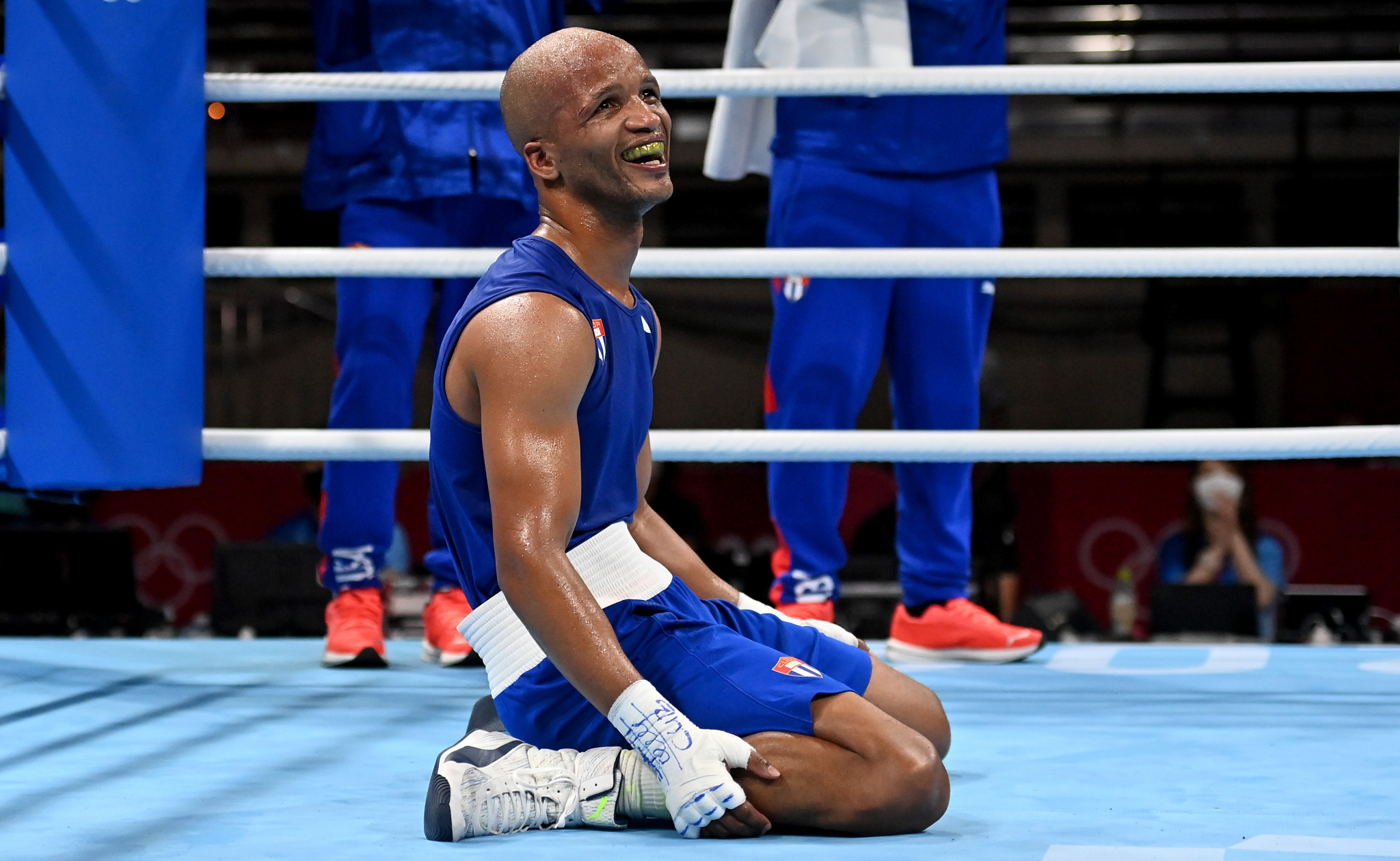 Iglesias, 32, had always seemed in control and in the second round he sent McCormack to the canvas. It was a blow from which the British fighter seemed never to recover.

The judges all had Iglesias ahead on their scorecards and gave a 5-0 verdict to the Cuban.

It was a second Olympic gold for Iglesias who had won nine years ago in London at light-welter and his third Olympic medal in all. He is only the fourth Cuban to achieve the feat.

"That puts me right up there and it shows how much I love the sport," Iglesias said.

"I always knew that I had it in me. Now I think the doubters have been proven wrong and those who believed in me were right. I was always aware that I could achieve this."

World champion McCormack said: "I was up against a top fighter from Cuba. He’s an Olympic champion. I thought I’d won the first round but he just edged the second two.

"I have got no complaints. I lost to a very, very good fighter. It is what it is, I am ready for the pro ranks now."

Bronze went to Andrei Zamkovoi of the Russian Olympic Committee and Ireland’s Aidan Walsh was forced to retire from his semi-final with an ankle injury.

Earlier in the day Japan’s Sena Irie, known as the "Crocodile" had beaten world champion Nesthy Petecio by a unanimous verdict to win featherweight gold.

"It’s honourable for me to win the first gold medal for Japan in women’s boxing," Irie said.

"I’m not a talented athlete, I can’t even do a back-hip circle on the bar. I think I was able to show Japanese women that if we keep putting the work in, we can achieve something."

An emotional Petecio said: "It means a lot to me because I dedicate this fight aside from my family, for my country, for my best friend who died last February."

She paid tribute to her coach Nolito Velasco saying: "I’ve seen how hard he sacrificed a lot for this competition, so that’s why I’m emotional."