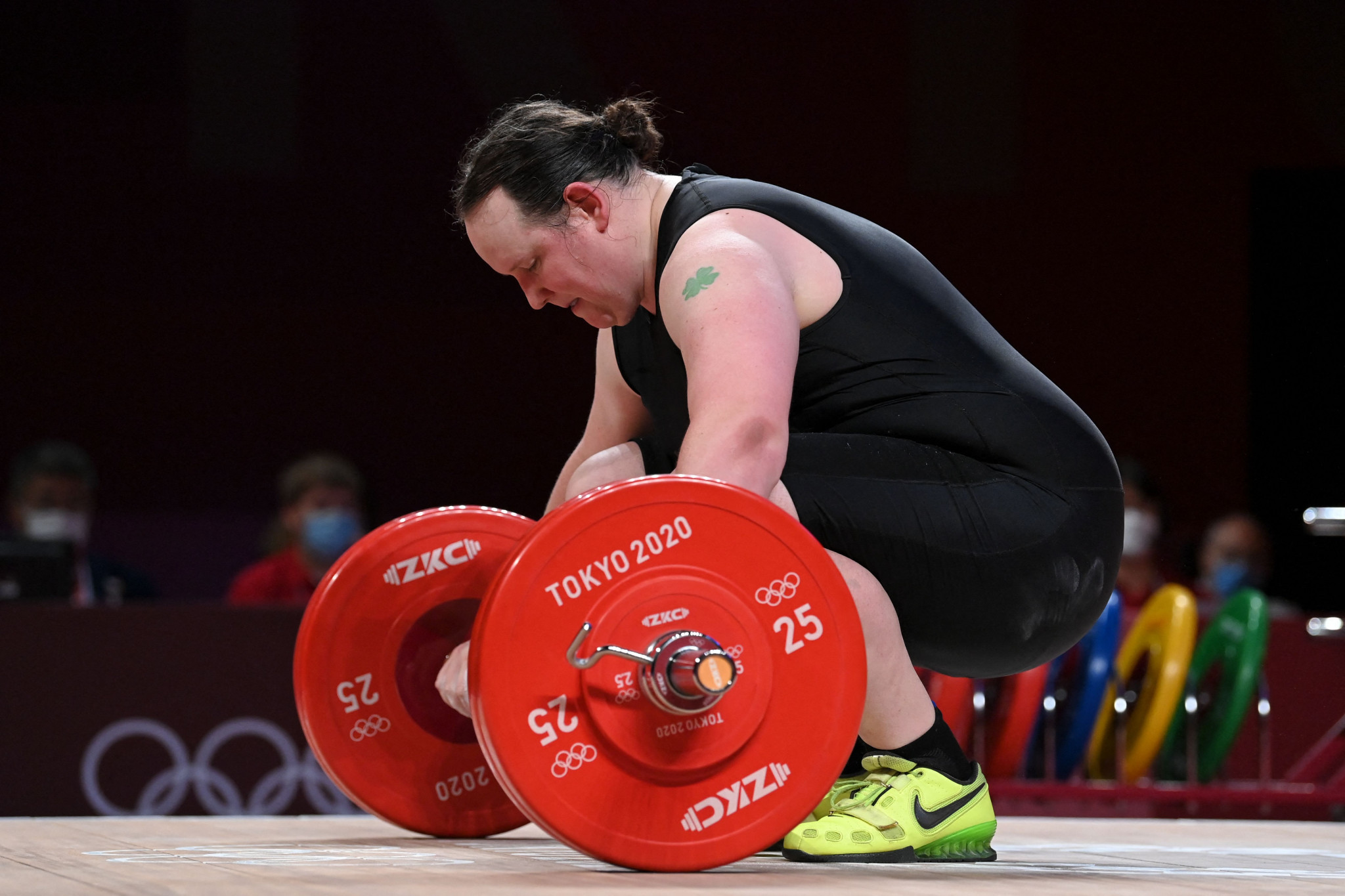 Laurel Hubbard made Olympic history by becoming the first openly trans woman to compete at the Games, but bowed out of the women’s over-87 kilogram competition prematurely after failing to make a lift in the snatch.

Hubbard’s participation has led to headlines around the world, with numerous media articles and columns written about the New Zealander.

A significant media presence was in attendance for the competition at the convention centre here, with guides on how to cover lesbian, gay, bisexual, and transgender (LGBT) athletes and issues at the Olympic and Paralympic Games distributed.

Hubbard entered the snatch section of the event with the weight set at 120kg, with the 43-year-old lingering at the entrance to the platform.

An unsuccessful first attempt was followed by two more at 125kg.

Hubbard waved on departing the platform, before offering a rare public comment on the controversy surrounding her participation.

"I am not entirely unaware of the controversy which surrounds my participation at these Games," Hubbard said.

"And as such I would particularly like to thank the International Olympic Committee (IOC) for, I think, really affirming its commitment to the principles of Olympism and establishing that sport is something for all people, it is inclusive, accessible.

"Similarly, I would like to thank the International Weightlifting Federation (IWF).

"They have been extraordinarily supportive.

"I think that they, too, have shown that weightlifting is an activity that's open to all the people of the world."

Hubbard also thanked the New Zealand Olympic Committee (NZOC), who had pledged before the competition to protect her from the intense media focus and public debate.

Hubbard was able to compete having complied with existing regulations.

The regulations include demonstrating that her total testosterone level in serum has been below 10 nanomoles per litre for at least 12 months prior to their first competition.

The regulations also require an athlete's total testosterone level in serum must remain below 10 nmol/L throughout the period of desired eligibility to compete in the female category.

The IOC last week acknowledged that a consensus statement on transgender participation agreed in 2015 was now outdated.

The organisation held a consultation process to devise a new framework.

The existing guidelines remained in place for Tokyo 2020 as qualification was underway for the Olympic Games at the time.

IOC science and medical director Richard Budgett said the new framework would not have a sole focus on testosterone.

Safety is among the considerations when determining guidelines for International Federations, who will be in charge of determining rules for their specific sports.