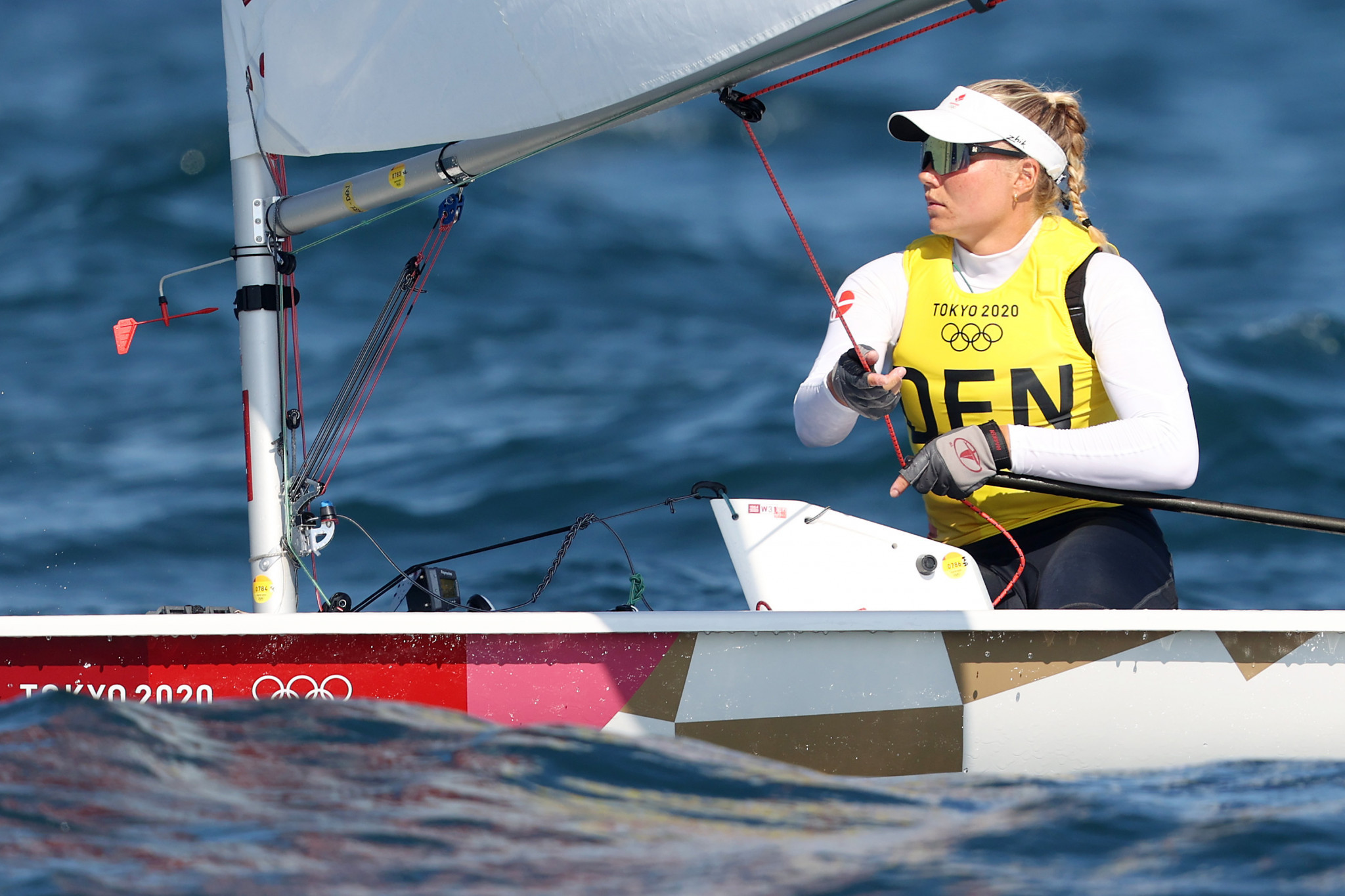 Denmark's Anne-Marie Rindom was crowned women’s laser radial champion at Tokyo 2020 after a dramatic conclusion to the Olympic competition at Enoshima Yacht Harbour.

The Rio 2016 bronze medallist had appeared to be cruising towards gold after an impressive series of results in the opening nine races of the competition.

Rindom collided with Dutch rival Marit Bouwmeester prior to the 10th race yesterday, which was annulled and restarted.

Having thought she had been disqualified, Rindom did not take to the start of the race and saw 45 points added to her tally.

The discarding of the score brought an early 26th place finish to her total, narrowing Rindom’s advantage at the top of the standings to seven points to Bouwmeester and 15 to Sweden’s Josefin Olsson.

Olsson emerged as the winner of today’s double point medal race to add a score of two to her final tally, with Bouwmeester placing sixth.

A seventh placed finish for Rindom proved enough to seal a gold medal by a narrow margin, having appeared a formality days earlier.

Rindom finished the regatta with a winning score of 78 points, with Olsson ending three points behind as the silver medallist.

Bouwmeester, who won gold at Rio 2016, earned the bronze medal on a final total of 83.

Matt Wearn experienced no drama in the later stages of the men’s laser event, with the Australian assured of victory prior to the medal race.

Wearn concluded the event in impressive fashion, finishing as the runner-up to Jean Baptiste Bernaz of France.

The result meant Wearn had finished in the top two in six of the 11 races contested, which saw him end on 53 points overall.

His tally of 82 points was marginally clear of bronze medallist Hermann Tomasgaard, with the Norwegian finishing on 85.