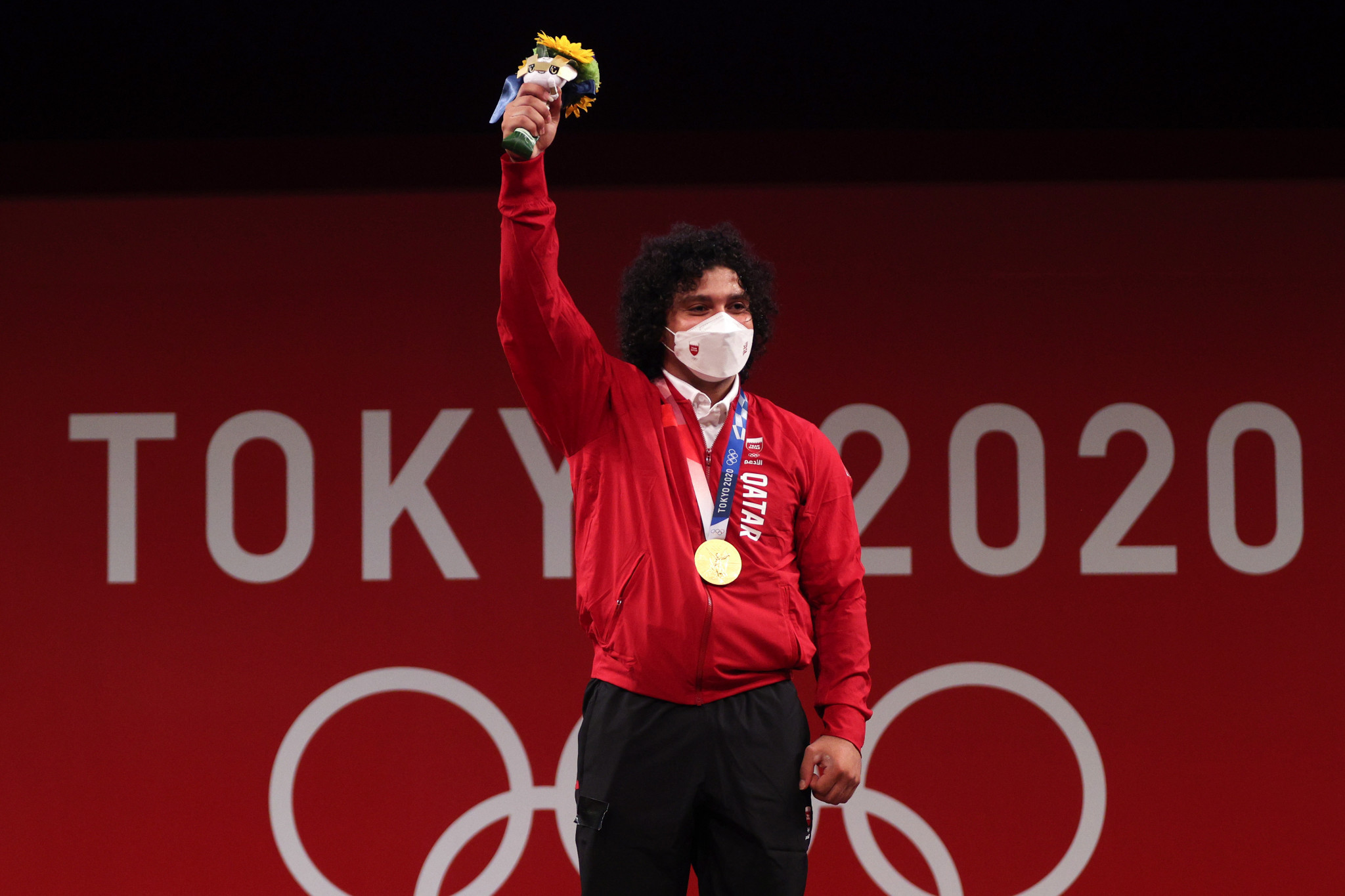 Meso Hassona became Qatar’s first ever Olympic gold medallist when he finished well clear of his rivals in the men’s 96 kilograms category at the Tokyo International Forum.

In a clean and jerk session that featured far more red lights than white ones, Meso took the gold medal with his first attempt after everybody else had finished.

Meso, who competes under his formal name of Fares Elbakh, returned to claim an Olympic record with his next lift of 225kg.

He then attempted a world record 232kg but did not get the bar above waist height.

He was a strong favourite to win in Tokyo after China decided not to select Tian Tao and the Iranian Sohrab Moradi failed to qualify because of injury.

Between them, Tian and Moradi hold all three world records and their absence made this the only men’s event in Tokyo without a current world record holder in the field.

There was a controversial finish for Vallenilla when he celebrated wildly on the platform with his coaches after lifting 216kg.

None of them realised that two red lights were showing, and after a jury review, the decision stood.

Even if that had been ruled a good lift, though, it would have made no difference to the finishing order as Meso was in a class of his own in the clean and jerk.

The Georgian Anton Pliesnoi, who switched nationality from his native Ukraine in 2016, recovered well to make 210kg with his final attempt and edge Canada’s Boady Santavy off the podium.

Pliesnoi had injured his left knee earlier in the competition but made a miraculous recovery to win bronze, even requiring help off the podium after limping onto it.

Another of the medal contenders, Yauheni Tsikhantsou, the only male lifter from Belarus because of quota reductions for historic doping violations, bombed out.

He had a serious hip injury during qualifying and may well have missed the Olympic Games if they had taken place as planned last year.

Tsikhanstou, a world and European champion in 2019, had competed only once in 20 months before today.