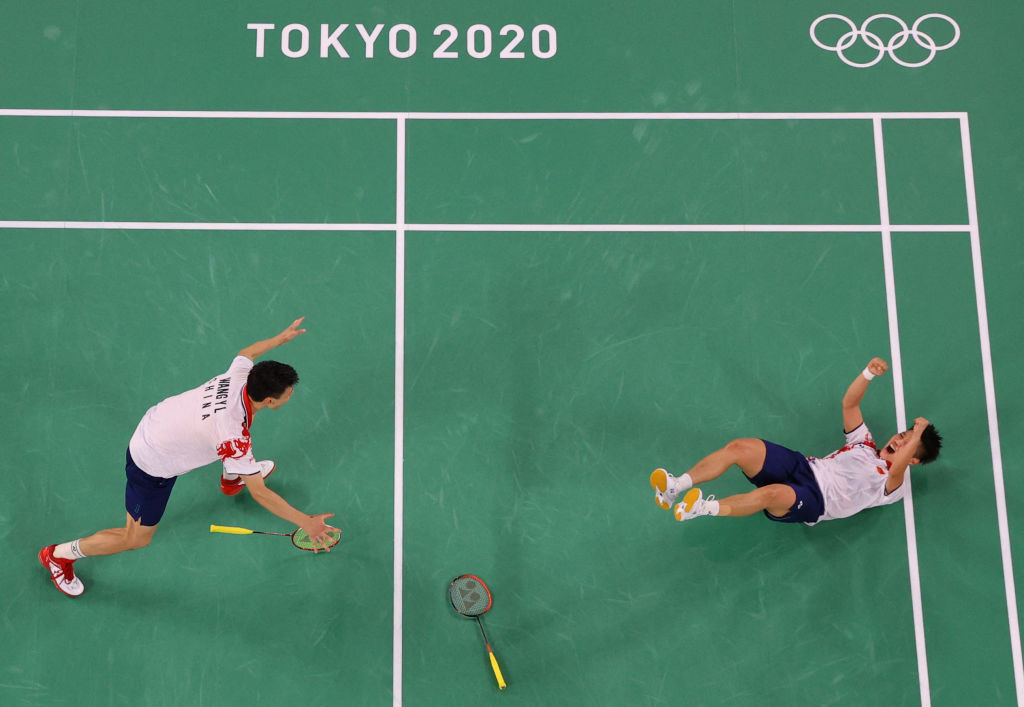 Wang and Huang, the second seeds, battled to a 21-17, 17-21, 21-19 victory to claim the first badminton title on offer at the delayed Olympics in the Japanese capital.

Victory handed the Chinese pair just their second win against Zheng and Huang, the double world champions and top seeds.

They chose the perfect moment to get one over on their team mates, who were the pre-tournament favourites for gold.

"I don’t think you can say I’m an Olympic champion because you will end up playing very conservatively," Wang said.

"Play like a kid, with a hunger to attack.

"This really shows how hard we have trained in the past year.

"That is why we are in such good form.

"In the final both teams were from China - this shows our power.

"It is the result of a dozen months of hard training."

"This gold medal didn’t come easy, especially during the pandemic.

"We had some difficulties, but our country guaranteed our training and made us feel reassured we could train hard, so we feel lucky."

Yuta Watanabe and Arisa Higashino added to the host nation's medal haul by edging out Tang Chun Man and Tse Ying Suet of Hong Kong in the bronze medal match.