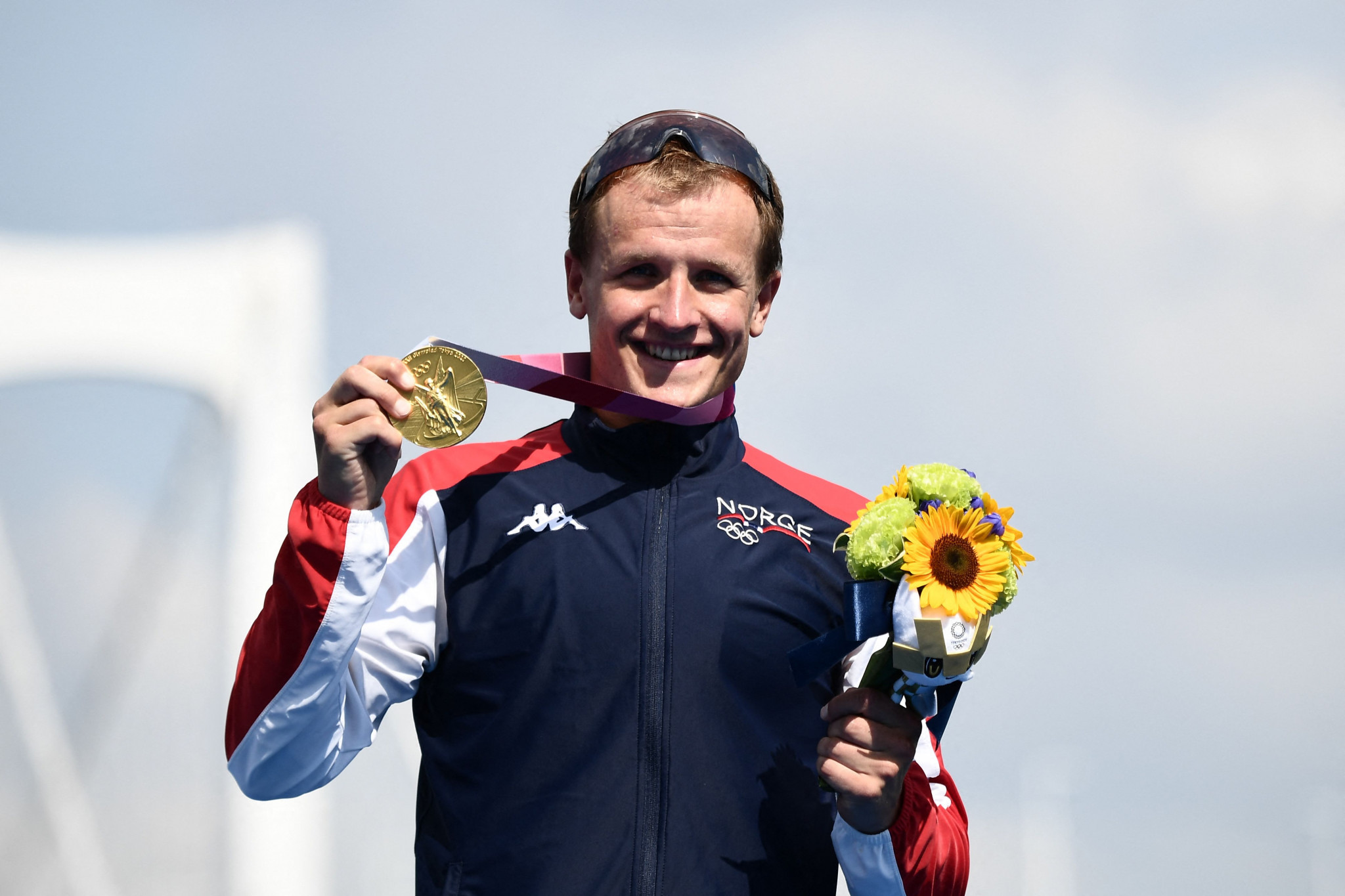 As the impact of Norway’s first triathlon gold medal has been sinking in here, winner Kristian Blummenfelt has paid tribute to the team that helped him conquer temperatures of 29 degrees and 70 per cent humidity to win in Tokyo.

“It was actually quite comfortable," Blummenfelt said.

"We have been preparing for the heat for so many years with a really good team around me, probably world-leading when it comes to heat operation."

The team had set up for acclimatisation in Miyazaki after Blummenfelt’s victory in the 2021 World Series Triathlon event in Yokohama.

Blummenfelt added: "We were actually a little disappointed when we came to Miyazaki and found the temperature was not as warm as we were hoping for.

"Where I come from in Bergen, it is raining two-thirds of the year and ten degrees."

He makes a point of attending high altitude camps three times a year.

Blummenfelt’s gold medal represents the culmination of a remarkable decade of progress for Norwegian triathlon.

In 2010 when former triathlete Arild Tveiten set about forming a group to develop the sport in Norway, Blummenfelt was part of the group from the outset and started working specifically with Tveit in 2011.

An omen of things to come came in 2018 when Blummenfelt was one of three Norwegians who dominated the podium at a World Triathlon Series event for the first time in Bermuda.

"Our strength is that the harder it goes across swim and bike, the better we will perform on the run compared to the rest of the guys," Blummenfelt said.

"We can make the race harder by pushing on the bike and we’ll have some benefits when it comes to the run."