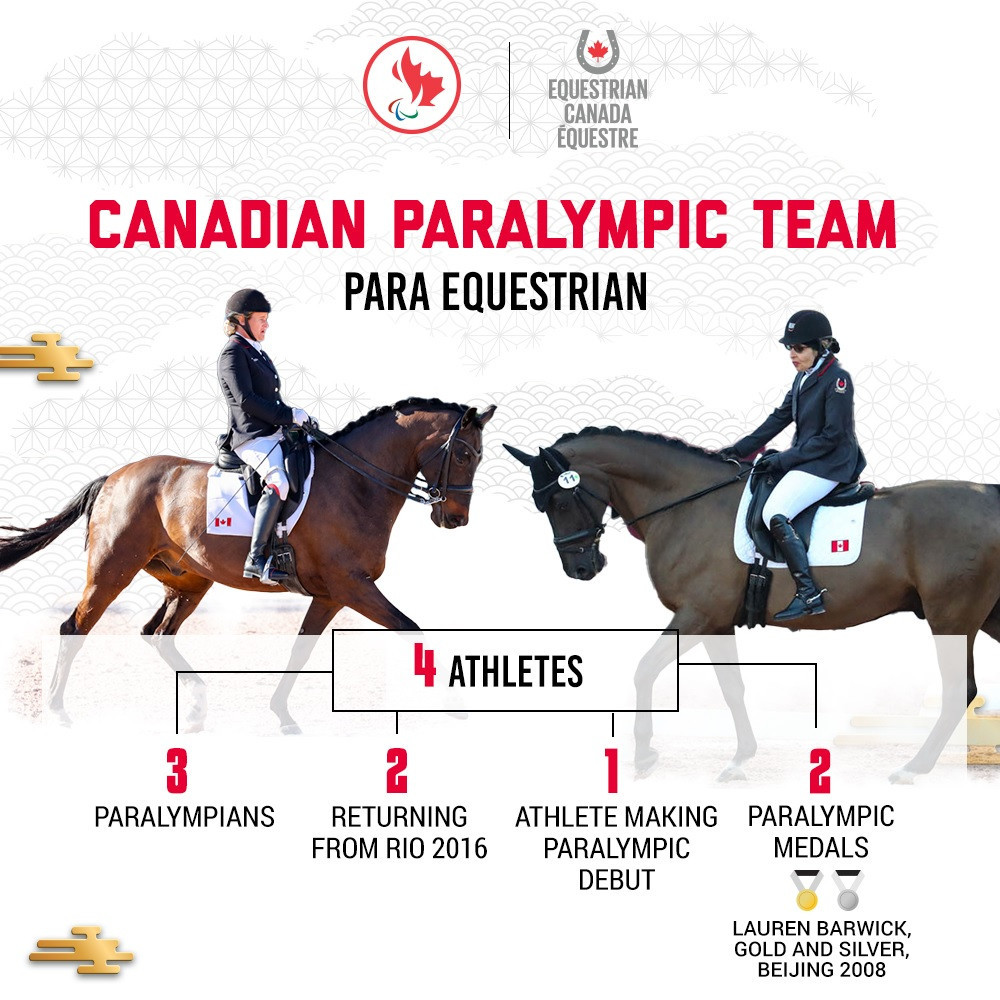 Winona Hartvikson will make her Paralympic debut at the age of 62 after being named as part of Canada’s equestrian squad for next month’s Games here.

The rider has been a member of the national equestrian team since 2017 having been involved in dressage in multiple roles for more than 30 years.

She will be competing aboard Onyx in the Grade 1 class after earning her place at Tokyo 2020 with a 10th-place finish at the World Equestrian Games (WEG) in 2018.

"I began thinking about making the Paralympic team for Tokyo in 2017," said Hartvikson.

"It was a long time coming into Para sport.

"Then, it became a huge and exciting focus to compete to the best of my abilities on a level playing field.

"When I go to Para competitions, disabilities no longer exist."

Barwick is the most experienced athlete of the team, heading to her fifth Games.

She made her Paralympic debut at Athens 2004 before winning gold in the freestyle and silver in the individual events in the Grand 2 category at Beijing 2008.

"Over the past five years, Patsy Fyfe helped me acquire Engelbrecht with hopes he would go all the way to Tokyo.

"He ranked top eight at the World Equestrian Games and then had an injury.

"I met Lee Garrod at WEG and she stepped up and helped me find Sandrino and has been an incredible owner.

"I want to go to Tokyo and honour both horse owners as without Patsy, I would never have met Lee.

"My Para equestrian career feels like a marathon and I’m excited to be Canada’s choice."

Schloss is heading to her second Paralympics after making her debut at London 2012, while Sheffield is a returning member of the Rio 2016 squad.

Canada has won four Paralympic medals in equestrian, with Barwick claiming two of those at Beijing 2008 and Karen Brain securing two bronzes at Athens 2004.

"This is a great group of athletes who I know have committed so much to being able to compete at these Games.

"I wish each of them the best of luck with their final preparations, and I look forwarding to supporting them and their horses in Tokyo."