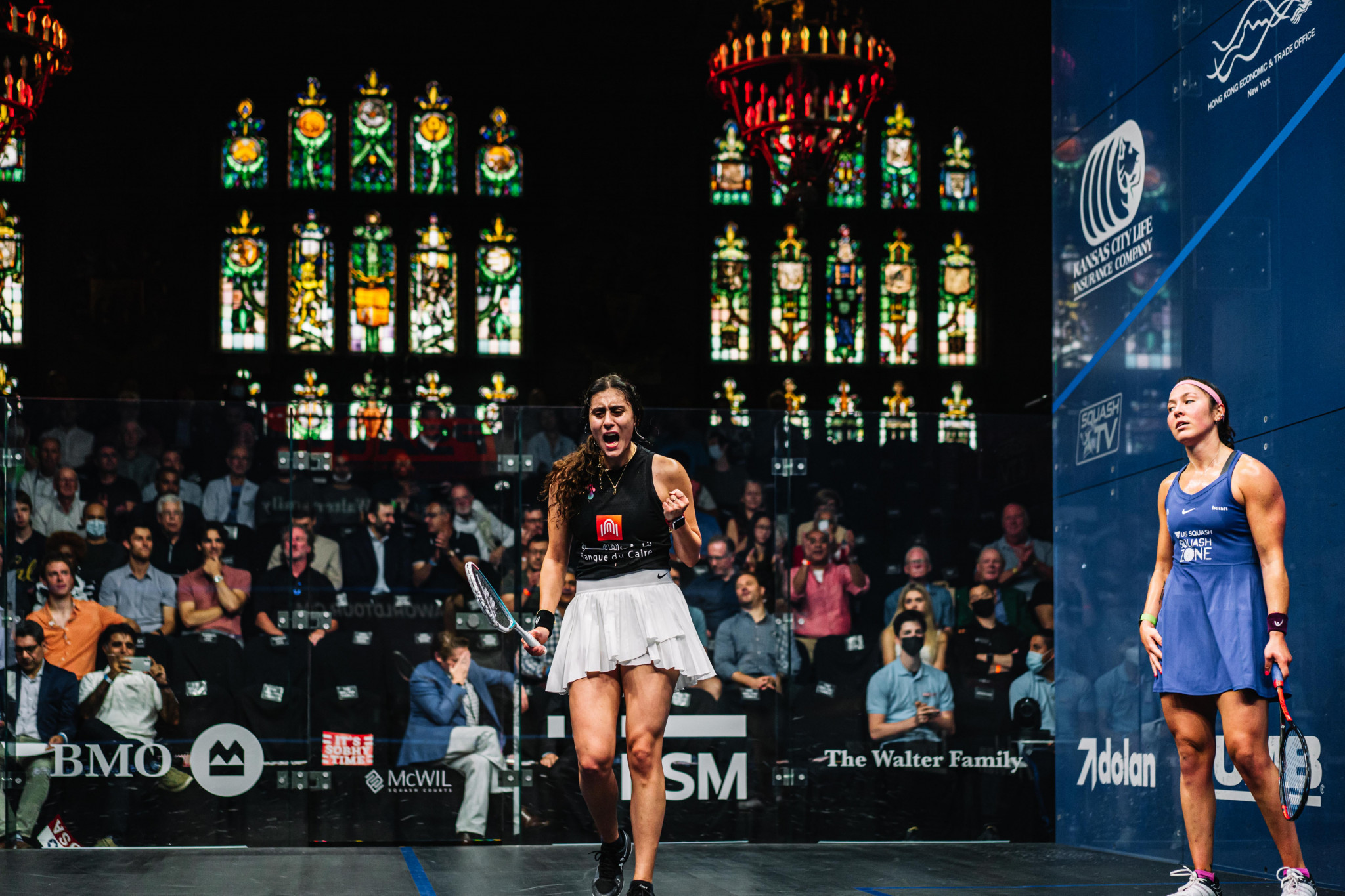 The top seed, who is aiming for a fifth world title in a sixth editions, defeated home player Amanda Sobhy 11-3, 11-5, 11-5 at the University of Chicago's Cathedral Hall.

Sobhy had become the first American player to reach the last four of the World Championships but was beaten in 25 minutes.

"I took a bit of an advantage of the crowd supporting her, so it put pressure on her more than me," said El Sherbini, who is now the first woman to make six World Championship finals in a row.

"I knew that everyone would be behind her, I wanted to be relaxed and calm and focus on my game plan.

"Thankfully, I had my dad here, he is the main support for me today and all the crowd I needed today, he's the main reason for my win."

El Sherbini is yet to drop a game in Chicago and will meet compatriot and second seed Nouran Gohar in the final.

In the men's tournament, the final will also be between the top two seeds as Ali Farag and Mohamed ElShorbagy made it through.

Second seed ElShorbagy is now guaranteed to take the world number one spot away from Farag, regardless of the outcome of the final.

"It very rarely happens to me against any other player, but against Tarek when you get into his pace, you lose it," said Farag, who had to be treated for a knee problem midway through the match.

"Maybe I'm not very proud with the way I threw it away and then the knee thing happened and I was all over the place.

Both finals are tomorrow.