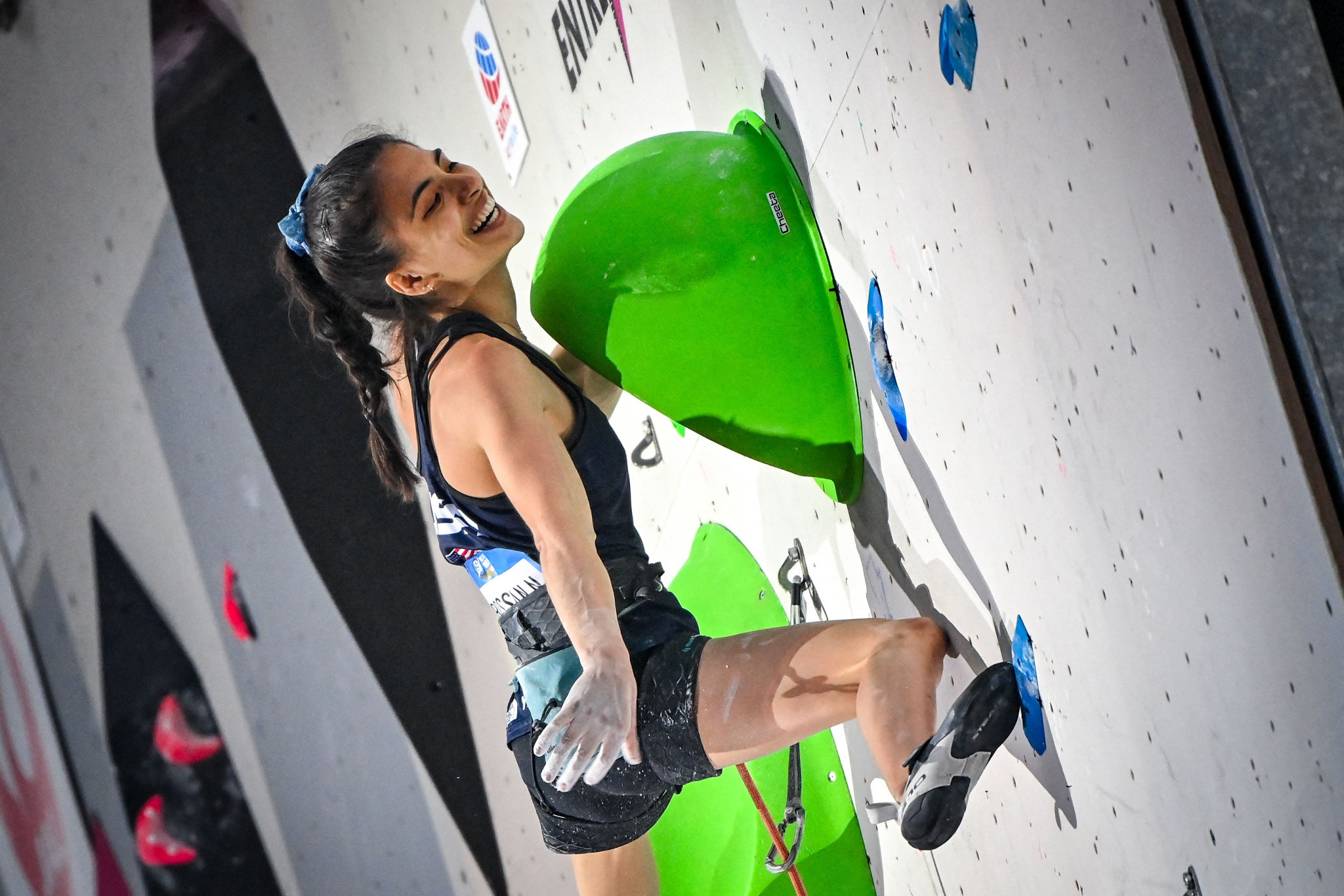 Italy’s Stefano Ghisolfi and Natalia Grossman of the United States are the top seeds for the men’s and women’s lead finals at the last International Federation of Sport Climbing (IFSC) World Cup, before the sport makes its scheduled Olympics debut at Tokyo 2020.

In the semi-finals of the men’s lead discipline at Briançon, Ghisolfi, who has two World Cup silver medals to his name already this season, scored 42+, the same as second placed Sean Bailey of the United States.

Ghisolfi took the top seeding for the final, scheduled for tomorrow, after earning a better qualification score than Bailey, who is aiming for a third lead gold of the season on the World Cup circuit following wins in Villars, Switzerland and Chamonix, France.

Dmitrii Fakirianov of Russia qualified in third place with 40+, with Martin Stranik of the Czech Republic qualifying in fourth with 39+.

Eight climbers have qualified for the final, with the line-up being completed by Sascha Lehmann of Switzerland, Luka Potocar of Slovenia, Alberto Ginés López of Spain and Fedir Samoilov of Ukraine.

In the women’s semi-finals the top seed is Natalia Grossman of the United States, who has claimed six medals in the 2021 IFSC World Cup series so far.

Grossman was one of five climbers to qualify with a score of top, but earned the first placed seeding by virtue of the best qualification score of 1.0.

Grossman already has two gold, two silver and two bronze medals to her name and will be looking to add to her haul in the French resort.

Also reaching the top of the route during qualification were Lucka Rakovec of Slovenia in second, Eliska Adamovska of the Czech Republic in third, Vita Lukan of Slovenia and Ashima Shiraishi of the United States.

Completing the eight strong field for the final are Aleksandra Totkova of Bulgaria, Lana Skusek of Slovenia and Ryu Nakagawa of Japan.