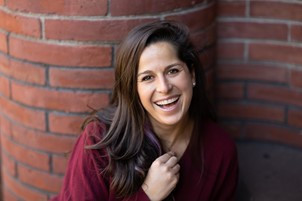 I work two jobs so I don’t live below the poverty line- in addition to competing as a world-class athlete.

It is daunting to dream big because if you fall short, it feels like everything will crumble around you... while the world watches.

After fleeing my country, I had to rebuild my life and raise my children, while continuing to compete.

It's an uphill battle to grow up without athlete role models who look like me racially or ability-wise, so I have to blaze my own trail.

These are just a few of the experiences I have heard from the countless women Olympians and Paralympians I have worked with over the past year in my role as host of the Flame Bearers podcast. While we often put our world’s best athletes up on pedestals, they have very real challenges they face each and every day, and they aren’t getting the media coverage they deserve. As a result, the spectators and fans are missing out, because we aren’t hearing and seeing all of the experiences; we are currently only getting a sliver of the pie.

Despite all of the challenges and changes of the past year, our world's best athletes have been adapting on the fly. If they can roll with the punches, they can teach many of us a thing or two about adapting to change. Here are my top 10 takeaways from these incredible women.