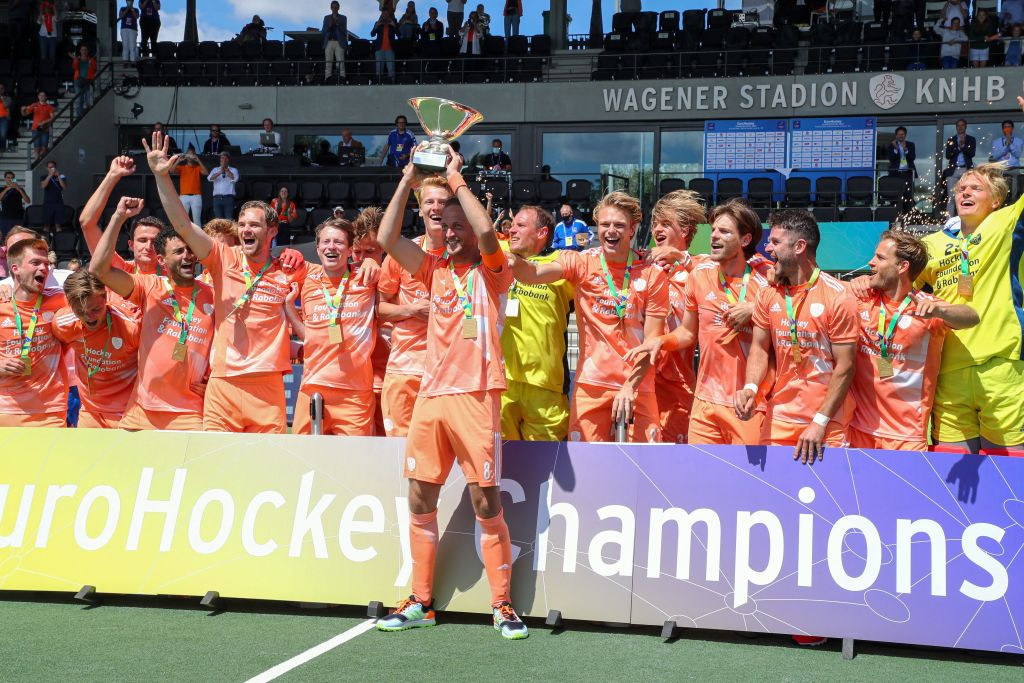 The Netherlands have regained the men's EuroHockey Championship title after beating Germany in a shootout in the final in Amstelveen.

Jip Janssen's goal seconds from the end of regulation time drew the hosts level at 2-2 after a dramatic game at Wagener Stadium.

The Dutch then emerged comfortable 4-1 winners from the shootout to earn their sixth EuroHockey Championship crown.

The Netherlands, who last won the continental title on home soil in 2017, twice fell behind before recovering in front of a partisan 3,000-strong crowd.

Christopher Rühr scored a penalty stroke to give Germany, chasing their first EuroHockey Championship gold medal since 2013, the lead after 21 minutes.

Robbert Kemperman equalised for the Dutch early in the second half before Constantin Staib looked to have won it for Germany with four minutes to go.

Janssen sent the crowd into raptures when he arrowed a penalty corner into the net to ensure the title would be decided in a shootout.

Reigning world and European champions Belgium ended a disappointing tournament on a high by defeating England 3-2 in the bronze medal match.

Thomas Briels restored Belgium's advantage and Boon added his second of the match to give his side a two-goal cushion.

Ward matched Boon by scoring again to make it 3-2 but it proved to be a consolation as Belgium held on.

The Netherlands, Germany, Belgium, England and Spain have qualified for the 2023 Men's World Cup in India after finishing in the top five at the event.

The hosts and Germany are due to contest the women's final tomorrow.