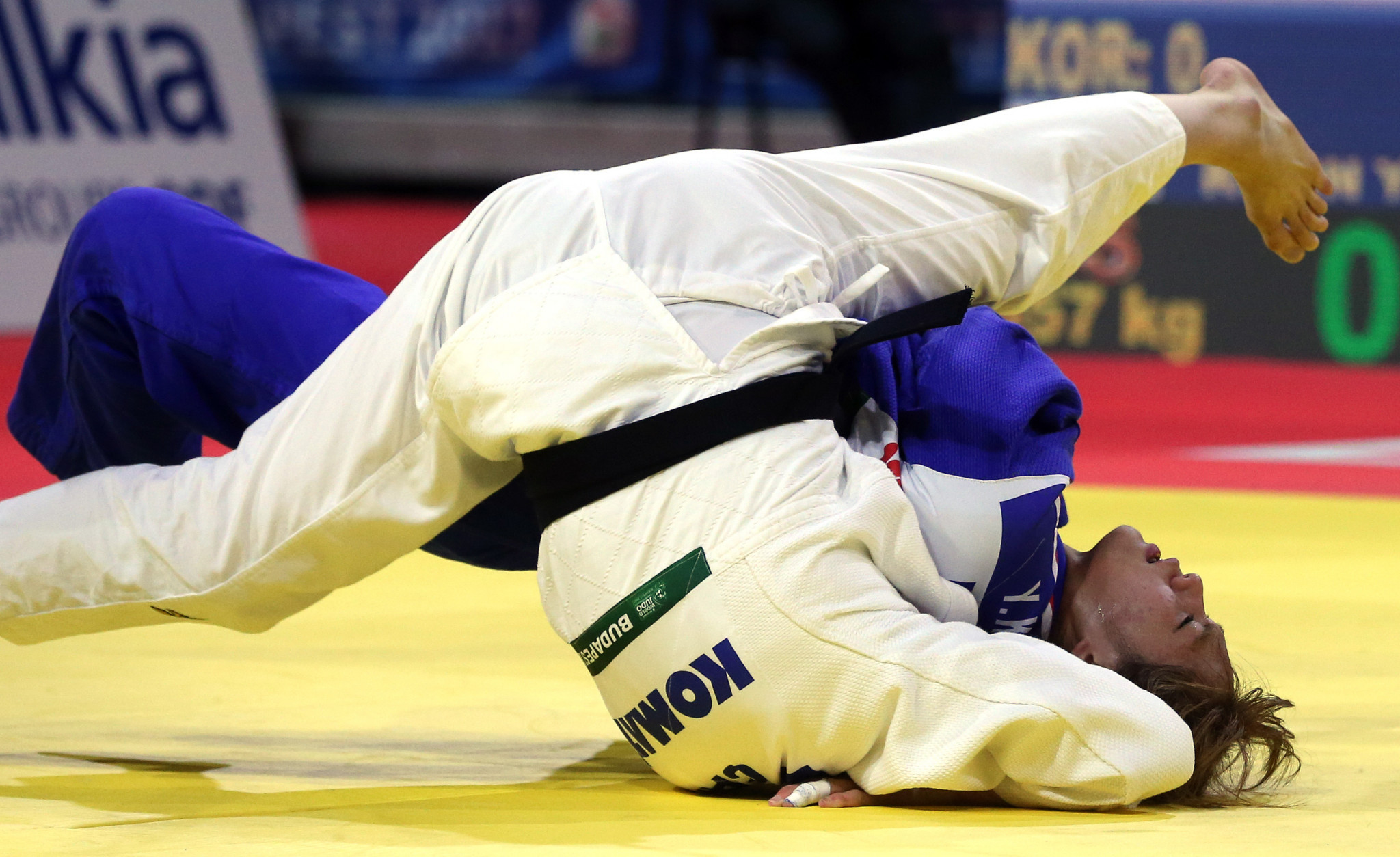 More than 660 athletes from 120 countries are set to converge on Hungarian capital Budapest for the International Judo Federation (IJF) World Championships.

A total of 390 male and 279 female judoka are poised to battle it out across seven divisions at the László Papp Budapest Sports Arena from tomorrow until Sunday (June 13).

There will also be a mixed team competition, with Japan favourites to retain their title although France and Brazil will be among the other nations expecting to challenge for gold.

Japan topped the standings with 16 medals, including five golds, when the World Championships took place in Japanese capital Tokyo in 2019 and are expected to be among the medals once again as they look to crank up preparations for a home Olympics.

Selection for Tokyo 2020 is also expected to be decided in Budapest with Canadians Christa Deguchi and Jessica Klimkait set to battle it out to secure their nation's under-57-kilogram ticket to the Japanese capital.

Clarisse Agbegnenou is seeking a fifth world title in the under-63kg class, while fellow Frenchwoman Madeleine Malonga is also seen a clear favourite to claim the under-78kg crown for the second time.

Khasan Khalmurzaev, representing ROC, and Cuba’s Idalys Ortíz will be among the Olympic champions in action.

Marius Vizer was re-elected as IJF President ahead of the tournament and has high hopes for the event.

"This World Championships, like no other before, is a glaring beacon in the calendar, bringing excitement and spectacle to judo fans everywhere, with the cream of the judo elite convening only weeks before the Olympic Games," said Vizer.

"As we continue to pull together as a sporting community, leading the way in organising safe, clean and spectacular events, this World Championships will offer unrivalled proof that the world is not just reopening for sport but is also seeing the re-emergence of a more recognisable daily life and we are proud to have played a significant part in that.

"Judo’s values have never been more relevant and we steadfastly adhere to them as a summer in Tokyo approaches."

Hungarian Judo Association President László Tóth added: "We expect a sparkling event before the Tokyo 2021 Olympic Games and this week will be a very important event for many countries and judoka.

"The World Championship in Budapest will be a great celebration for sports lover Hungarians, because the best athletes of the judo will be fighting on the tatamis.

"In addition, we can give all our guests from abroad a warm welcome and show that humility and devotion are the key points to create the most appropriate conditions for the World Championship."

Budapest was the stage for a World Judo Tour leg in October where the series ended its seven-month hiatus caused by the COVID-19 pandemic.

There will be no spectators inside the arena for the World Championships as part of a series of coronavirus countermeasures put in place by organisers in a bid to avoid an outbreak.

The event venues, including the official hotel and sports hall, will be classified as bubbles which participants are not allowed to leave.

Athletes will have to take a PCR test immediately upon arrival before undergoing another 24 hours before their weigh-in and then further antigen tests every three days.

Under the IJF’s COVID-19 rules, judoka will be expected to great each other with a bow rather than a handshake, wear masks at all times when not competing, wash hands regularly and warm up with only one partner.

The IJF insists that anyone who does not adhere to coronavirus protocol will be removed from the event and subject to disciplinary action.

Competition is scheduled to start tomorrow with the preliminary rounds, repecharge, semi-finals and final of the women’s under-48kg and men’s under-60kg.