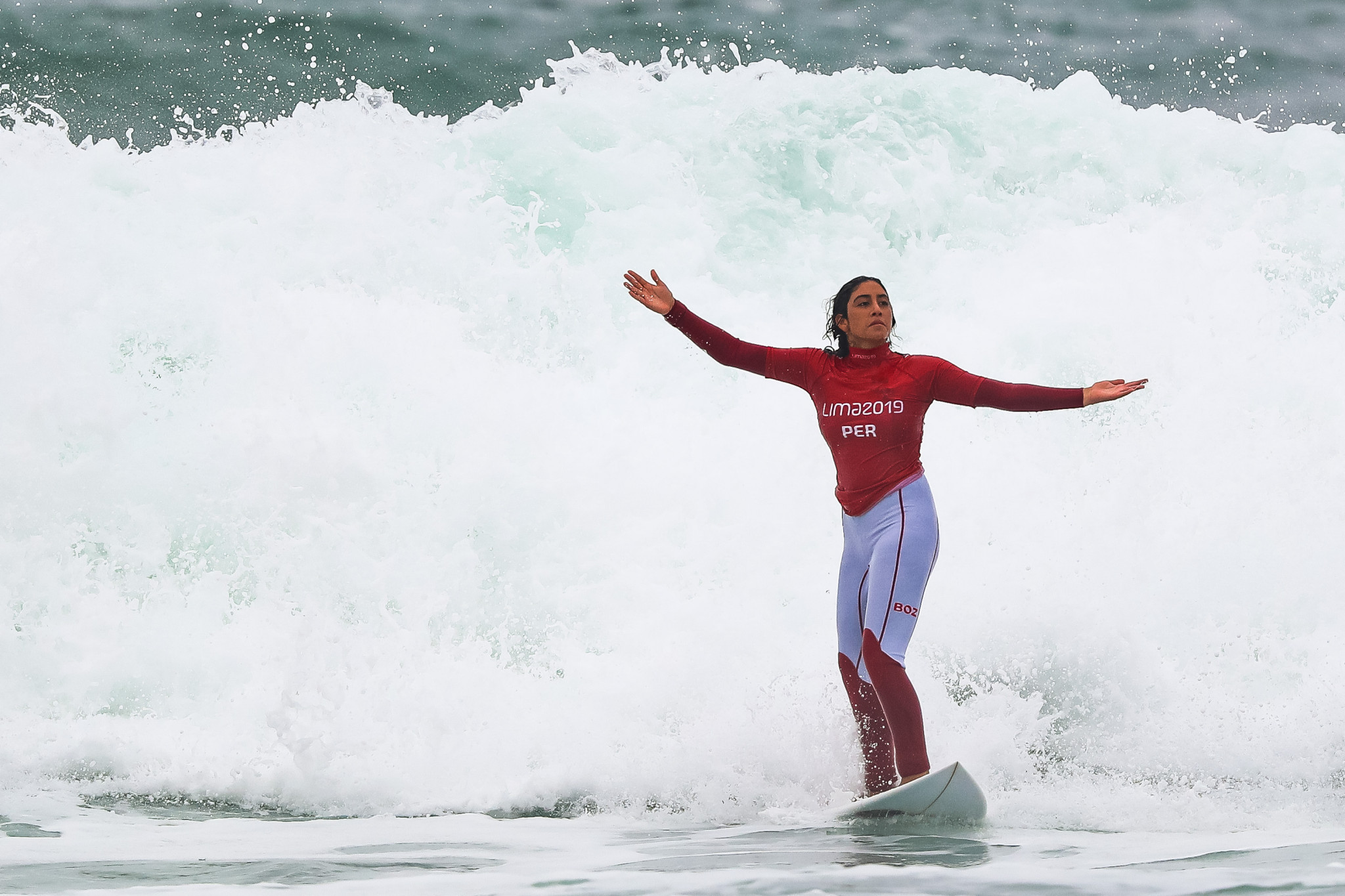 Pan American Games champion Daniella Rosas says she is pleased with her progress so far at the World Surfing Games in El Salvador, her first competition since the start of the pandemic.

Peruvian Rosas, 19, won the open category at the 2019 Pan American Games, as she took gold on home waters in Lima.

Her first senior World Championship came at the 2017 World Surfing Games in Biarritz, France, when she placed ninth.

After a long break from competition due to the pandemic, Rosas was initially reluctant to return in such a high-profile event but was persuaded to do so after talking to her teammates.

"This is my first competition since the start of the pandemic, so I am a little nervous," said Rosas.

"At the beginning the thought of returning to competition in an Olympic qualifier was causing anxiety.

"Then I talked to all my teammates and they calmed me down. They helped me focus on my surfing and make heats."

Speaking after the fifth day of competition in El Salvador Rosas said: "My first goal is to qualify for the Tokyo 2020 Olympics in the World Surfing Games - and to get one of the seven slots," said Peru’s Rosas.

"I am really happy to make my heat and be in round five. I am happy with how it’s going."

Competition in the women’s main event round is taking a break on the sixth day.

Rosas is now potentially two rounds from the final, and will face Leilani McGonagle of Costa Rica, Lucia Indurain of Argentina and Paige Hareb of New Zealand in her fifth round heat.