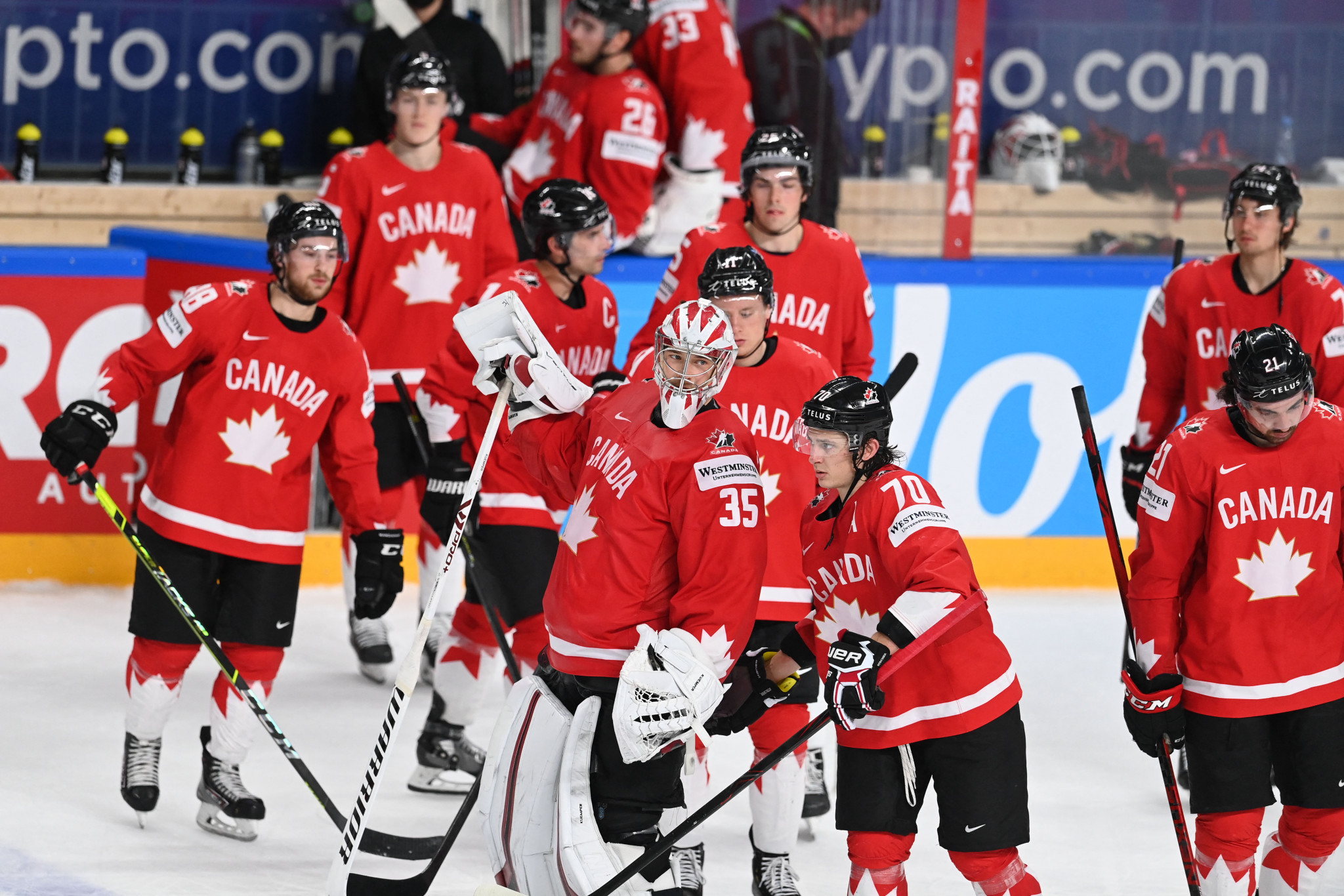 John Peterka and Marcel Noebels scored early German goals, and although Rodrigo Abols got one back for Latvia in the second period, they were unable to equalise at Arena Riga, where 2,600 home fans were allowed to watch the encounter.

Victory moved Germany onto 12 points, and third place in Group B.

Canada were the other side to secure a last-eight berth today, despite losing to reigning champions Finland in a shoot-out.

The lone point for an overtime loss lifted the Canadians to 10, level with Kazakhstan, and a superior head-to-head record saw Team Canada through.

The drummers were drumming and the screamers were screaming, but Germany still held on to advance to the quarter-finals leaving Latvia with heartbreak on home ice. ??

The United States beat winless Italy 4-2 in the group's other match and finish top.

Over in Group A, at the Olympic Sports Centre, Switzerland beat Britain 6-3, ROC smashed Belarus 6-0 and the Czech Republic leapfrogged Slovakia via a 7-3 victory.

After a rest day tomorrow, quarter-finals are due to be played on Thursday (June 3).

Finland face the Czechs, Canada will play ROC - the "neutral" team of Russian players - Germany are up against Switzerland and the US await for Slovakia.