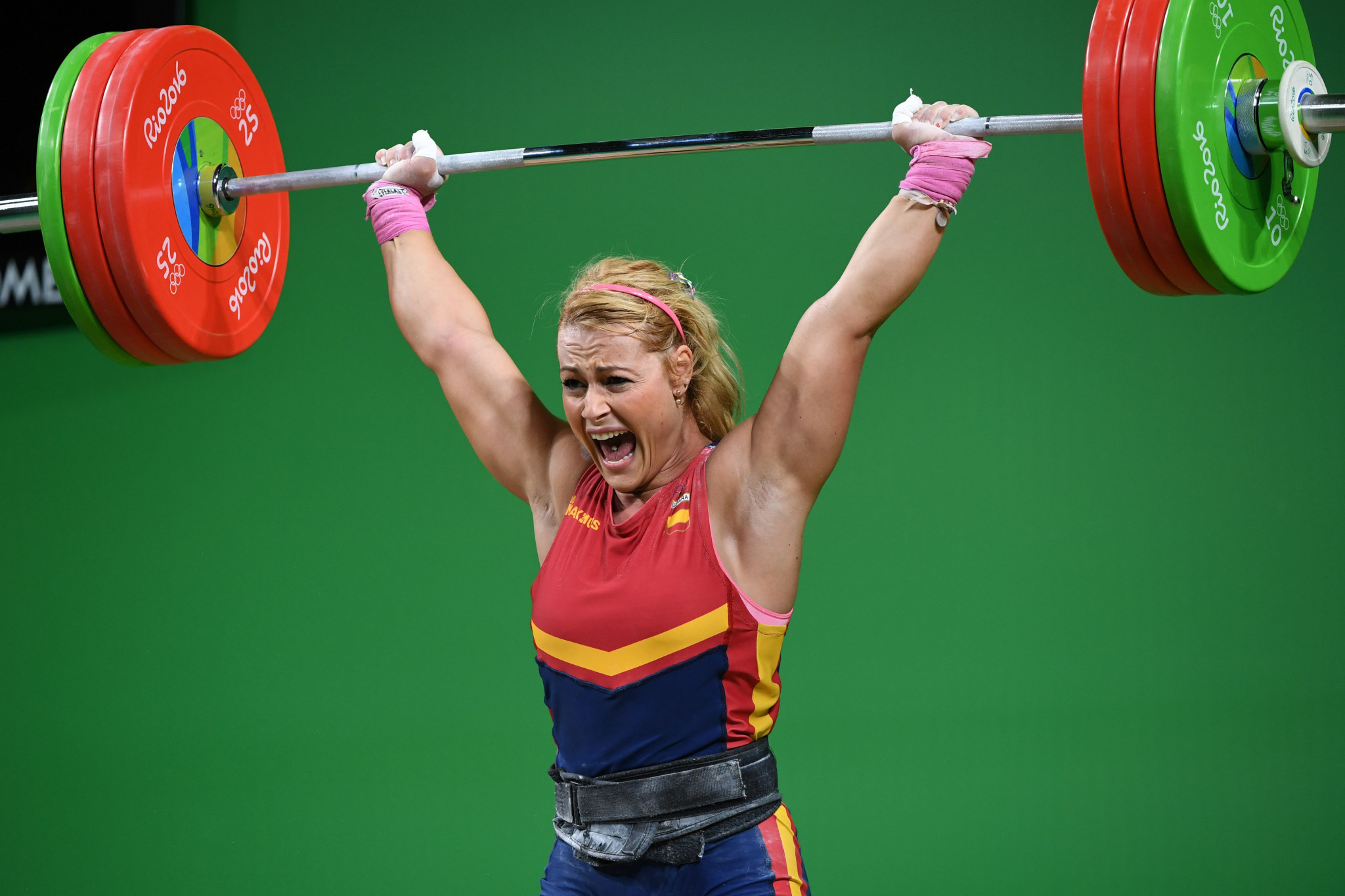 Lidia Valentin has earned her place at a fourth straight Olympic Games without making a lift in her final qualifying competition, the Open de Colombia in Cali.

Valentin, one of the world’s most popular weightlifters, moved up to the 87 kilograms category - the heaviest of her 20-year career.

Because the 36-year-old Spaniard entered, weighed in, went through the introductions and made herself available for doping control, it counted as a "participation" under the International Weightlifting Federation's (IWF) qualifying rules.

Other athletes have turned up without lifting earlier in the process, meeting the qualifying requirements - especially doping control - but declining to compete because they were not at maximum fitness.

Among them are the since retired Ilya Ilyin, his Kazakhstan team mate Zulfiya Chinshanlo, and the Iranian world record holder Sohrab Moradi, who failed to qualify because of injury.

Valentin can therefore use the qualifying points she has accumulated at lower weights in either her favoured 76kg category, where her chances are less clear, or 87kg.

Valentin could compete at 87kg in Tokyo without ever having made a competitive lift at that weight.

By weighing in in Cali, a "silver" qualifying event, Valentin effectively moved straight up to third place in the 87kg rankings, having gained more than 2,700 qualifying points since October 2018.

While she is unlikely to remain there when the last few results are added in before qualifying finishes on May 31, she is sure to be in the all-important top eight.

Contesting for a medal at the delayed Tokyo Games is another matter, whichever weight category Valentin is in - though being there to round off her career was always her top priority.

Unfortunately for her, and for weightlifting, Valentin will not be Spain’s flagbearer in the Tokyo Opening Ceremony, she learned this week.

Spain’s National Olympic Committee said that honour would go to either the canoeist Saul Craviotto or the swimmer Mireia Belmonte.

Valentin began well in qualifying with a 249kg total at the non-Olympic weight of 81kg at the 2018 IWF World Championships, but suffered a shoulder injury in 2019 and missed the European Championships last month because of gastroenteritis.

Valentin’s past two efforts have been in the 230s - well below what she would need for a place on the podium.

That point was emphasised in Cali when Tamara Salazar of Ecuador put in a mighty performance.

Salazar, a bronze medallist at the 2019 IWF World Championships, made all six lifts for 112-148-260, setting Pan American records in clean and jerk and total.

While China’s Wang Zhouyou, the 87kg favourite, can easily beat that, none of the other likely qualifiers has matched it, and Salazar is a strong medal contender.

Pan American lifters will dominate the field, as Salazar, Mattie Rogers of the United States, Fernanda Valdes of Chile, Crismery Santana of the Dominican Republic and one of the two highly-placed Venezuelans, Naryury Perez or Dayana Chirinos, are all probable qualifiers.

Of all the new Olympic weight categories, the women’s 87kg is the only one in which nobody has met any of the world standards of 132-164-294.

The standout performance of the week in Cali was by the home nation’s Luis Javier Mosquera.

His six-from-six total of 330kg in the 67kg earned two Pan American records and was equal to the Venezuelan Julio Mayora's winning total in the 73kg.

Arley Mendez, the Chilean former world champion, made only 5kg more in winning the 81kg category.

The news was not so good for some of the European athletes who travelled in hope of making one last big total to boost their chances for Tokyo.

Three of Finland’s team had bomb-outs, as did one from Belgium and one from Spain.

Belgium’s Anna Vanbellinghen made a welcome six-from-six on the final day, totalling 216kg after moving up to the super-heavyweights.