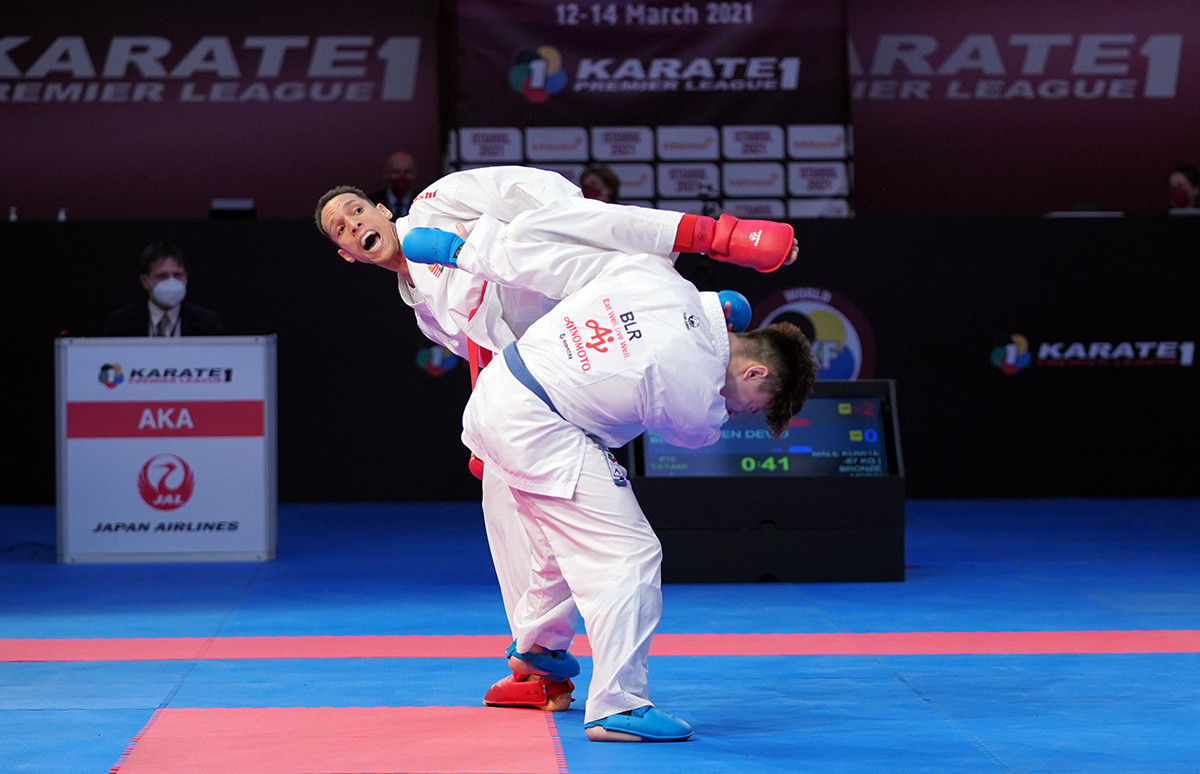 Ten of the 12 reigning world champions are set to compete at the Karate-1 Premier League in Lisbon this weekend, which offers athletes the penultimate chance to earn points towards qualifying for the delayed Tokyo 2020 Olympic Games.

The event, which begins tomorrow and concludes on Sunday (April 2), has been described as "one of the most important of the year" by the World Karate Federation (WKF).

Many of the top athletes are expected to use the event in the Portuguese capital as their last major competition prior to the Tokyo 2020 Olympics, set to open on July 23.

Competitors can earn vital qualification points for the WKF's Olympic ranking at the tournament.

Four athletes per category will qualify for the Tokyo 2020 Games - where karate is due to make its Olympic debut - through the standings, which have run for more than three years.

The last opportunity for athletes to earn points will be at the European qualifier in Paris on June 11 to 13.

Rafael Aghayev of Azerbaijan, Germany’s Jonathan Horne, Japan’s Miho Miyahara and Eleni Chatziliadou of Greece are among the world champions to have entered the Premier League in Lisbon.

Nearly 800 athletes from 87 countries have registered to participate, the WKF said.

The event follows the Premier League in Istanbul in March, the first competition on the WKF's top-tier circuit to be staged for more than a year.