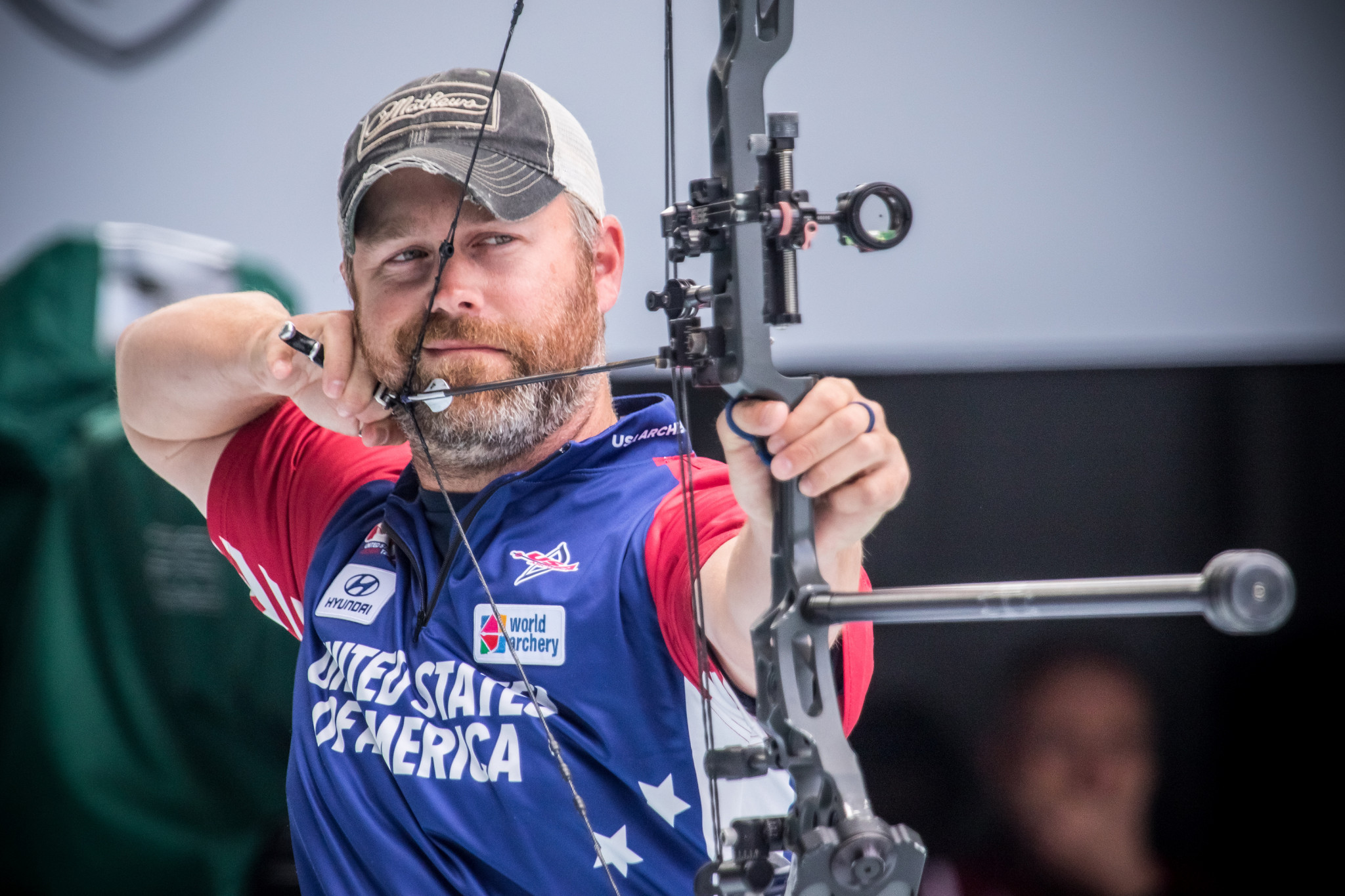 The United States' Braden Gellenthien and Colombia's Nora Valdez claimed the men's and women's compound gold medals at the Archery World Cup in Guatemala City, ensuring their places at the World Cup Final later this season.

Gellenthien reached the final after defeating Slovakia's Jozef Bosansky 145-142 in the semi-finals and met 2013 world champion Mike Schloesser of The Netherlands.

Schloesser tied 147-147 in his semi-final against American Kris Schaff, but progressed to the final after scoring a 10 on a sudden-death single arrow to Schaff's nine.

Gellenthien then claimed the gold in Guatemala by two points, defeating the Dutch archer 148-146.

In the women's compound event, Valdez had to win two tiebreaks to earn the gold medal.

The Colombian tied 145-145 with the American Alexis Ruiz in the semi-finals, with both archers also scoring a 10 in the shoot-off.

However, Valdez was closer to the centre - taking her to the final.

Denmark's Tanja Gellenthien also made the compound final, replicating the achievement of her husband in the men's competition.

In the semi-finals, Gellenthien defeated Savannah Vanderwier of the US 149-143.

The final was a 144-144 tie and again both archers scored a 10 with their single arrow.

Valdez's arrow was nearly in the dead centre of the target, giving her the gold medal.

Both Braden Gellenthien and Valdez booked the first automatic qualification spots for the World Cup Final later this season.

"I've been waiting for a long time, and I have worked very hard for this."

The US also claimed the women's compound team gold, thanks to the efforts of Paige Pearce, Ruiz and Linda Ochoa-Anderson.