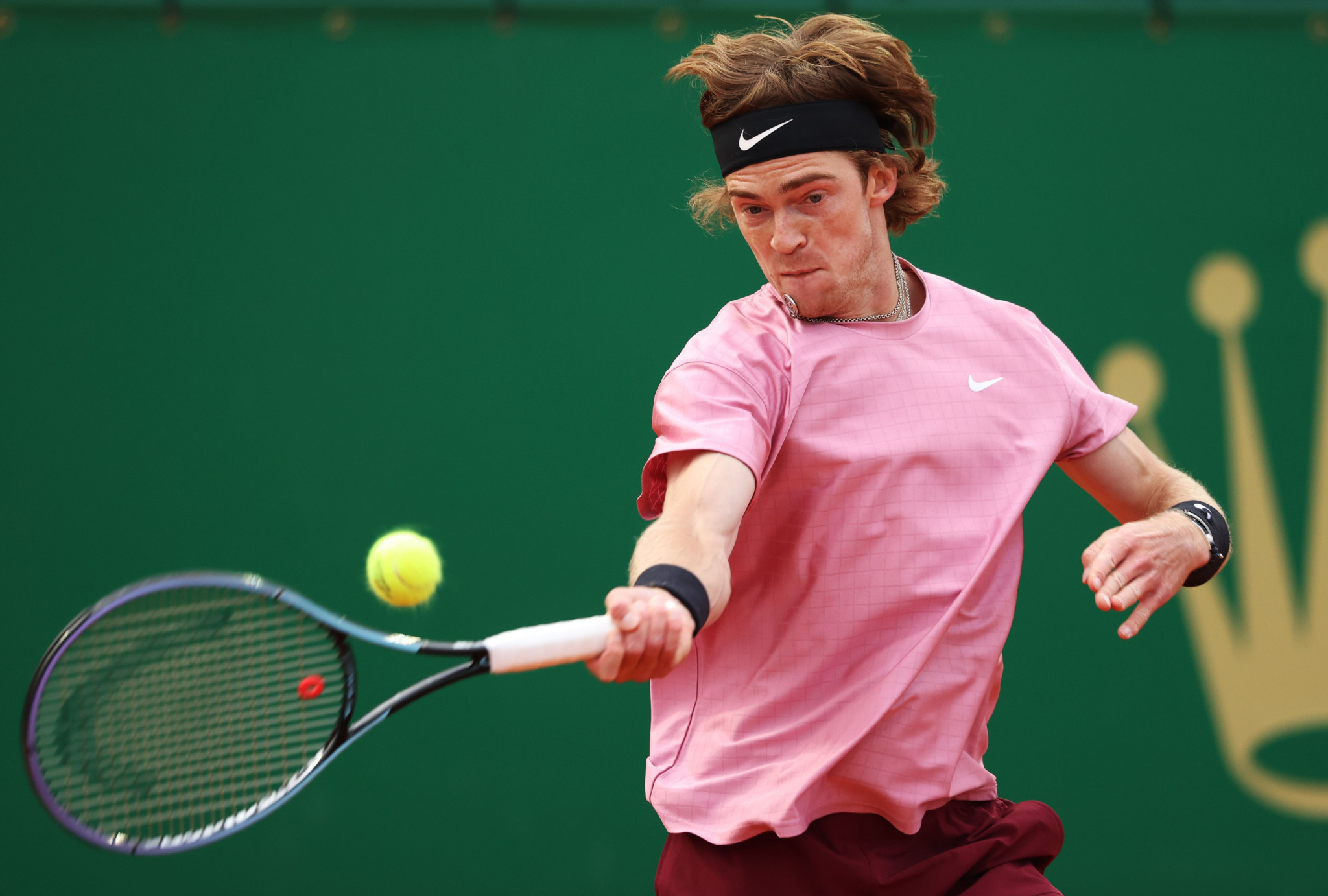 Russian Andrey Rublev produced a fearless display to defeat 11-time champion Rafael Nadal of Spain in the quarter-finals of the Monte-Carlo Masters.

Rublev took the first set and had chances to open up a 4-1 lead with a double break only for the Spanish great to roar back and level the match.

But the sixth seed stepped things up in the decider, overpowering Nadal to move 5-1 in front before sealing a 6-2 4-6 6-4 victory to reach his second successive Association of Tennis Professionals (ATP) Masters 1000 semi-final.

"I cannot imagine being in the situation of Rafa, knowing that you are the best player on clay and you have that pressure every time," Rublev said in his post-match interview.

"I think for him it must be incredibly tough every time.

"I am in shock [with] the way he is playing under this pressure and that is why he is a legend."

Rublev will next play Norway’s Casper Ruud who continued his superb run in the tournament with a 6-4 6-3 win over defending champion Fabio Fognini.

"He is an amazing player and every match against him was a dramatic match.

"It is going to be super tough."

Britain’s Daniel Evans backed up his win over Serbian world number one Novak Djokovic with a hard-fought victory over David Goffin of Belgium.

"To get back and focus, it was difficult.

"I am proud of how I came back today, especially with what happened in the first set.

"I felt [my] concentration wasn’t great and I am really happy with coming through.

"Yesterday would not have been worth it with a bad performance today."

Evans now faces Greece’s Stefanos Tsitsipas who booked his place in the last four after his opponent Alejandro Davidovich Fokina of Spain was forced to retire due to injury.

The Spaniard took a medical timeout at 3-3 to receive treatment to his left quadricep.

"I saw he got injured in the middle of the first set and I took advantage of it [and] tried to make him play," said Tsitsipas.

"It wasn’t easy, of course.

"There were certain moments which were a bit tricky and uncertain, but I stayed composed and imposed my game later in that match."