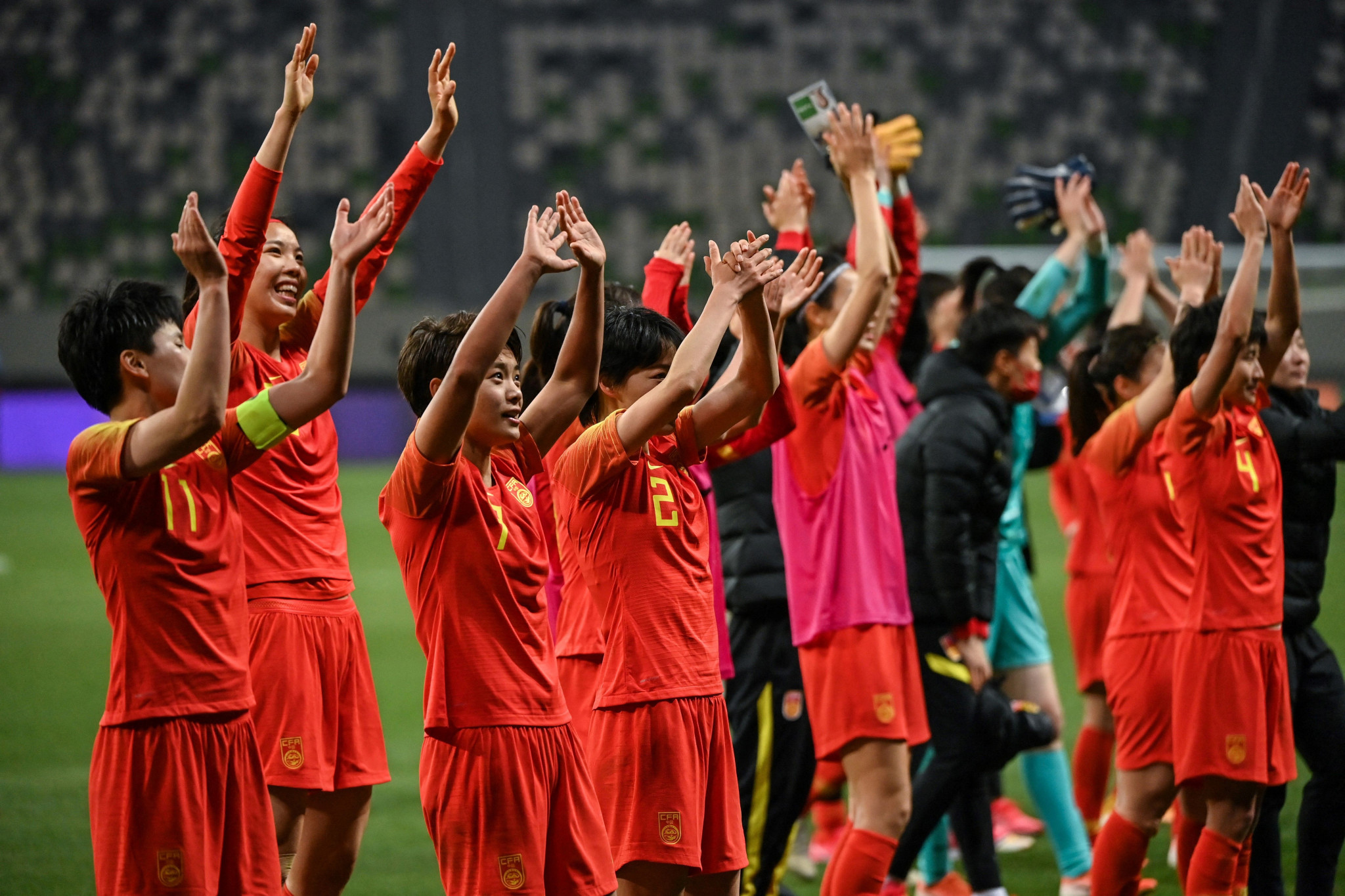 China claimed the final place on offer for Asian countries at the women’s football tournament at the Tokyo 2020 Olympics after a dramatic aggregate victory following extra time against South Korea.

China started today’s second leg at the Suzhou Olympic Sports Centre Stadium with a 2-1 advantage but South Korea levelled on aggregate courtesy of a volley from Kang Chae-Rim on 31 minutes.

On the stroke of half-time Li Mengwen put into her own net giving Korea the aggregate lead at 3-2.

China levelled on aggregate midway through the second half when Yang Man touched in a set piece from Wang Shuang.

That forced the tie into extra time and the decisive moment came in the 103rd minute courtesy of Shuang.

The Paris Saint Germain midfielder found the bottom corner with a well struck shot from 20 yards to level the second leg at 2-2 and crucially give China 4-3 overall lead.

South Korea applied late pressure but could not find the equaliser, allowing China to secure a thrilling triumph and seal the remaining place in the women’s football draw at Tokyo 2020.

China’s women have reached the quarter-final stage in women’s football at the last two Olympic Games in which they have qualified – Rio 2016 and on home soil at Beijing 2008.

Their best performance came at Atlanta 1996 - the first time that women’s football featured at the Olympic Games – when they claimed the silver medal after being beaten 2-1 by the United States in the final.

Speaking after China’s win Asian Football Confederation President Shaikh Salman bin Ebrahim Al Khalifa said: “On behalf of the Asian football family, I would like to congratulate China PR for sealing their place at the Tokyo Olympic Games.

"The COVID-19 pandemic has been our toughest challenge in modern history and credit must go to the players, the team officials and everyone behind the scenes for keeping their concentration and discipline.

"Their success adds to our optimism and confidence that Asian football is not just ready to return back to action but can do so safely.

"Women’s football in Asia is undoubtedly world-class, which was once again showcased in the qualifiers, and I am confident Australia, alongside hosts Japan and China PR will showcase their ability to stand proud amongst the world’s best."

One place in the Tokyo 2020 women’s football draw is still up for grabs, set to be contested by Chile and Cameroon.

The draw for the women’s football tournament at Tokyo 2020 is due to take place on Thursday April 22.