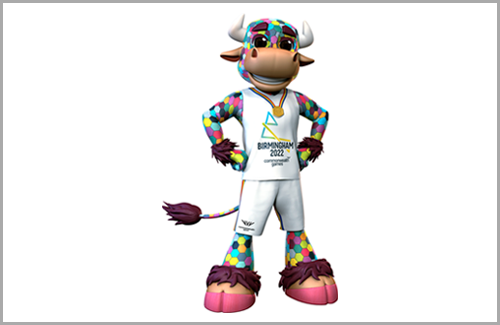 A bull adorned with a patchwork of multi-coloured hexagons called Perry will be the mascot for Birmingham 2022. Based upon the design of 10-year-old Emma Lou, the winner of a national design competition, the mascot owes its origin to Birmingham’s historic links to a market area known as the Bull Ring. He is named after a district in the city called Perry Barr, and his rainbow-coloured hexagons represent the coming together of the Commonwealth. He wears a medal, designed to reference Birmingham’s iconic Jewellery Quarter.

Described as a “proper Brummie” - meaning he is “strong, kind and a little bit cheeky” - Perry the multi-coloured bull is sure to be a hit as the Birmingham 2022 mascot.

The bull is the animal which is synonymous with the host city, which has had a bull ring market for hundreds of years. In the present day, the famous Bullring shopping centre boasts a bronze bull statue at its entrance.

Perry gets his name from the Perry Barr area of Birmingham where Alexander Stadium, the showpiece venue of the Commonwealth Games which will host athletics and the Opening and Closing Ceremonies, is located.

His rainbow patchwork of hexagons represents the coming together of the Commonwealth in equal partnership with the diverse communities of Birmingham and the West Midlands.

The medal around Perry’s neck is a nod to Birmingham’s famous Jewellery Quarter while his kit includes stripes of blue, red and yellow - the same colours as the city’s official flag. 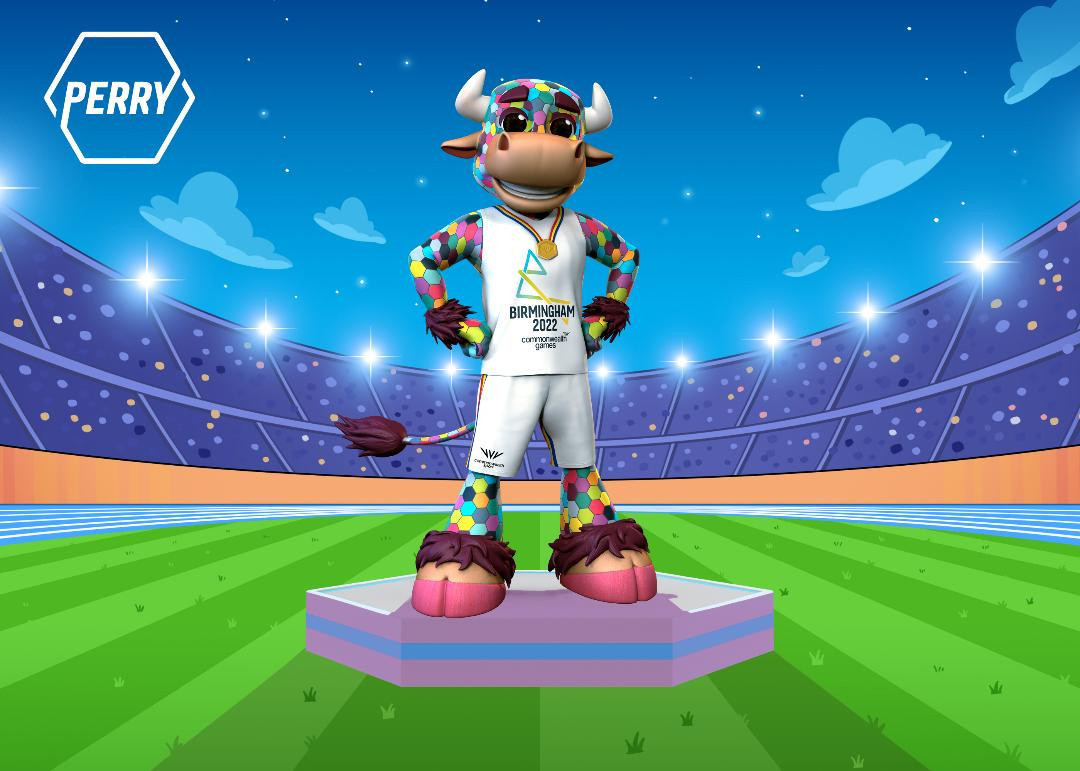 Perry will happily try out any of the 19 sports on the Birmingham 2022 programme and while he might not reach the top of the podium, he will give each his best shot.

He will become the first mascot at any multi-sport Games who will be brought to life through augmented reality.

This will give fans the opportunity to #PoseWithPerry using their mobile phone camera, and via a special filter on Facebook and Instagram.

Users can summon an animated, 3D version of Perry into their living rooms, pose for pictures with him and share their photos on social media.

An animated video telling the story of Perry’s personality and characteristics has been unveiled.

It is narrated by comedian Guz Khan, creator and star of critically acclaimed BBC sitcom Man Like Mobeen, a comedic take on life in inner city Birmingham.

Perry is extra special - and the “best of Brum, second to none!”

This involved 50 children from West Midlands schools who gathered together to discuss the key characteristics they would like the mascot to embody.

The baton was then handed to youngsters aged between five and 15 nationwide, who were given the chance to enter the Birmingham 2022 mascot competition.

All of the “mascot makers” who entered were tasked with designing a mascot to represent the “identity, history and culture of Birmingham and the West Midlands”. 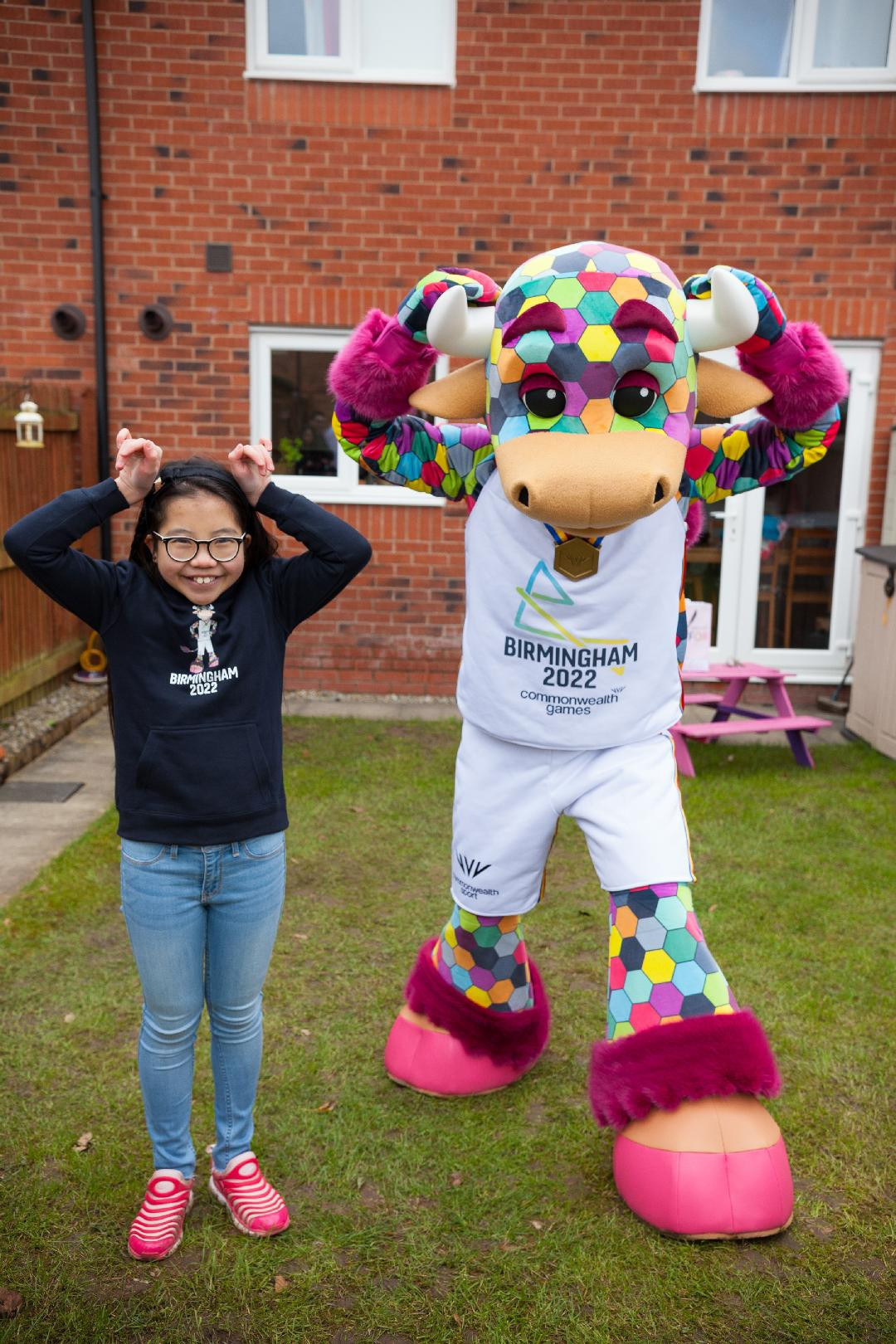 Participants were told the mascot could be a “person, character or animal” with their first task to develop its personality.

Children taking part said the mascot should be “friendly”, “positive”, “kind” and “inclusive”.

The second task was to choose what materials the mascot could be made from with a colourful design suggested.

Task three was how the mascot would move - with suggestions including “brave”, “tall” and “happy”.

The fourth task was coming up with the back-story of the mascot, with links to the host city seen as important.

Hundreds of entries were submitted to the competition and 10-year-old Emma-Lou was declared as the winner in March 2021 with her creation - Perry.