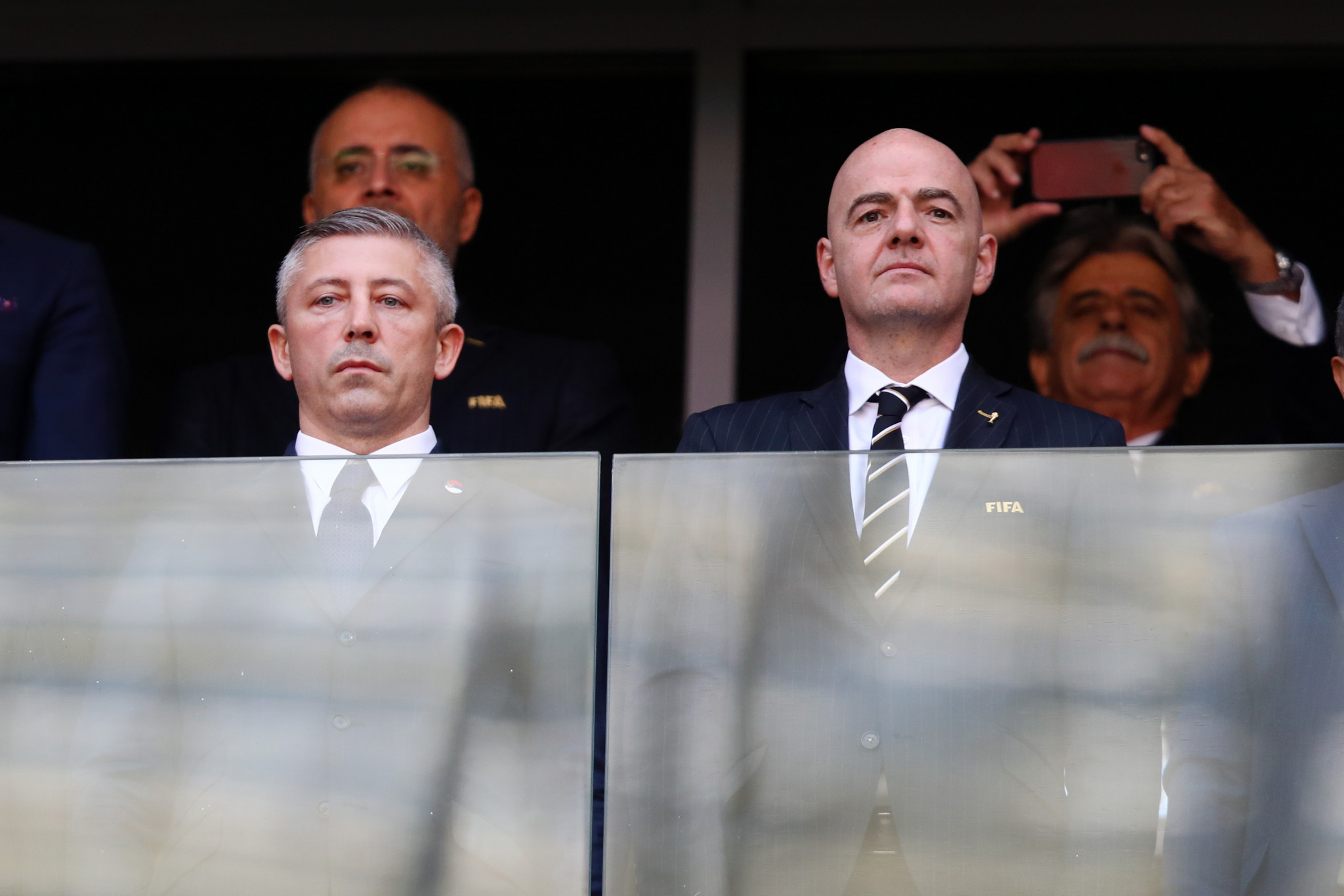 Slaviša Kokeza has resigned as President of the Football Association of Serbia (FSS) after being linked to an organised crime group.

Kokeza denies the allegations associating him with a group accused of murder, kidnapping and drug trafficking.

In a resignation letter, Kokeza stated he was stepping down to focus on restoring his reputation and to allow the national team to have "necessary peace and stability".

"Treacherous accusations devoid of all truth have been made and in order to allow the national team to prepare in peace for the upcoming games, I have stepped down," said Kokeza to state news agency Tanjug.

"I no longer wish to perform the duty because the slander has affected me as the FSS chief and my mission now is to clear my name and make sure the truth comes out."

Kokeza was questioned by Serbian police for several hours in February about alleged links to the leaders of a Partizan Belgrade football supporters' group who were arrested in a crackdown in January.

The former FFS President was released without charge, but faced pressure from the media and fans.

A police investigation into the group reportedly included the alleged decapitation and torture of rival fans.

It was also alleged the group had plans to kill Serbian President Aleksandar Vučić, who is a fan of Partizan's city rivals, Red Star Belgrade.

Kokeza called the links to the "brutal" crimes "dangerous lies".

The FSS has named Kokeza's deputy Marko Pantelić as Interim President until a new one is appointed.

They then play Portugal at home on Saturday (March 27) and Azerbaijan in Baku on Tuesday (March 30).