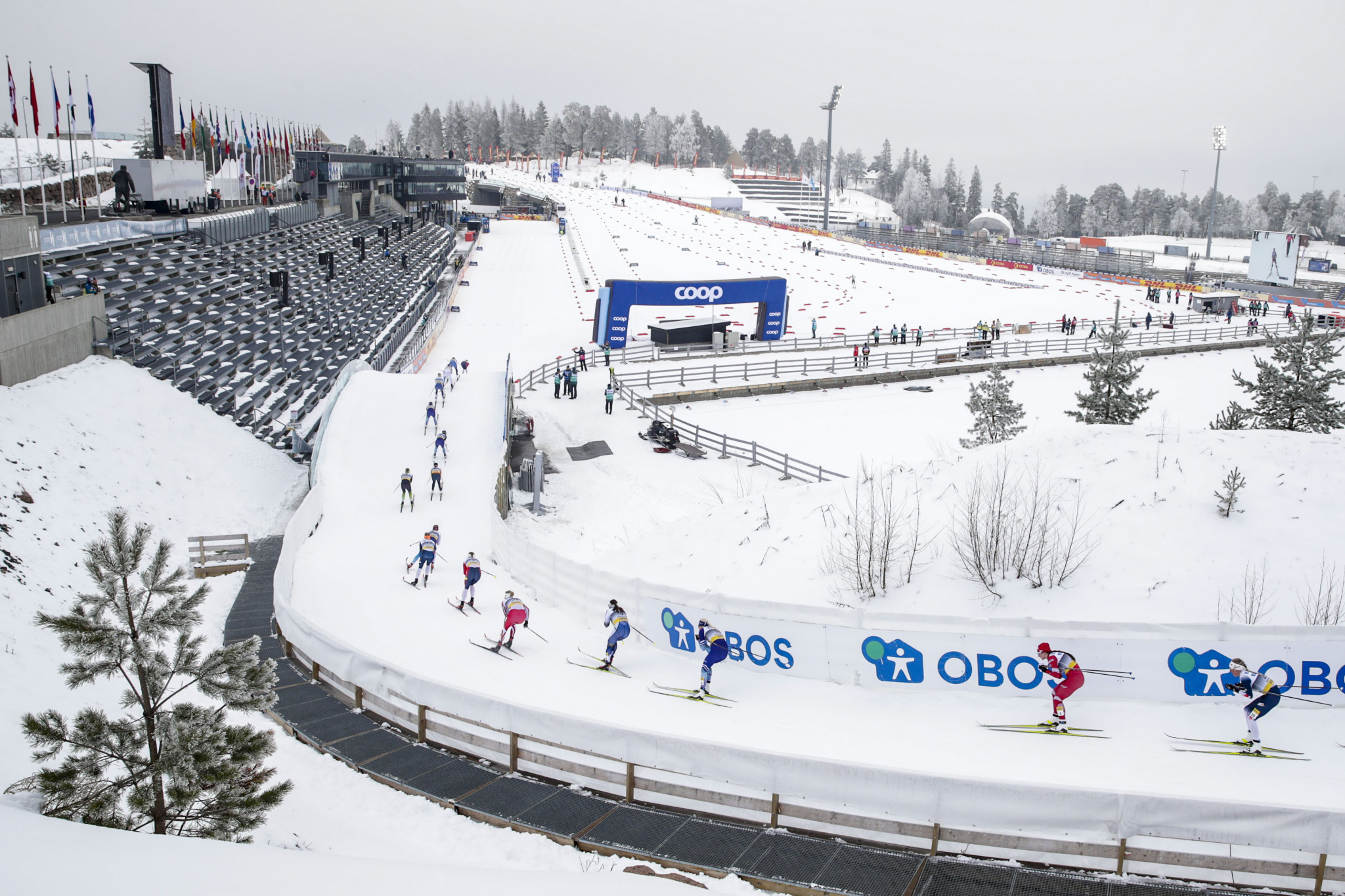 All the remaining International Ski Federation (FIS) and International Biathlon Union (IBU) World Cups scheduled to be held in Norway have been cancelled due to the coronavirus pandemic.

Entry restrictions have been extended by the Norwegian Government, closing the country’s borders to all but essential travel.

It means Kvitfjell will no longer stage the men’s Alpine Ski World Cup from March 4 to 7, while stages of the Cross-Country World Cup and Nordic Combined World Cup scheduled to be held in Oslo in mid-March have been cancelled.

Oslo Holmenkollen was also set to host the final stage of the IBU Biathlon World Cup from March 18 to 21, while hopes of Lillehammer, Trondheim, Vikersund staging the FIS Raw Air Ski Jumping Tournament from March 12 to 21 have been dashed.

The FIS cited "stricter travel and event-related restrictions" for the reasons behind the cancellations but said it would be seeking replacement hosts.

More than 65,000 cases and almost 600 deaths have been recorded in Norway since the start of the pandemic.

Norway's Minister of Culture Abid Raja told Nettavisen the country was in a "demanding situation" due to the emergence of "mutated viruses".

"We understand this will mean that the events will have to moved to another location or cancelled," said Raja.

"This is terribly sad for all athletes, for the organisers and for the Norwegian audience."

NSF President Erik Røste felt the events could have been run within a "good and safe framework" and feared the cancellations would have a financial impact.

"We are of course disappointed - 66 competitions have been held in 13 countries (this season), and it has worked well, with very little infection and no spread of infection locally," said Røste.

"That is why we have applied for this exception, and we had hoped to be able to invite the athletes to Norway.

"Now we will be the only nation that does not arrange a World Cup race this year.

"It is a concern, first and foremost because the profits from the international events are the main source to finance children's, youth and grassroots sports.

"We now expect that we fall under the support schemes established by the Government."

With Oslo Holmenkollen now unable to host the 10th and final stage of the Biathlon World Cup, the IBU said it would look to find an alternative venue.

"We are disappointed that our athletes cannot compete at Holmenkollen for the second year in a row but understand the Government’s decision," a statement from the IBU read.

"During the whole season, the IBU has always pursued alternative scenarios for every World Cup stage to have options, if the COVID-19 situation requires.

"We will now evaluate these options and make further announcements on the host of the BMW IBU World Cup final 2020/2021 in due course."

The IBU has confirmed the calendar for the 2022-2023 season, with Oslo Holmenkollen scheduled to stage the final leg from March 13 to 19.

The recent Executive Board meeting also saw the IBU declare the status of the World Cup in Minsk-Raubichi in March 2022 as "pending" due to the political unrest in Belarus, which has already seen World Championships in ice hockey and modern pentathlon moved out of the country.

Half of the funds are expected to be injected "immediately", with the rest set to be paid by the end of March 2021.