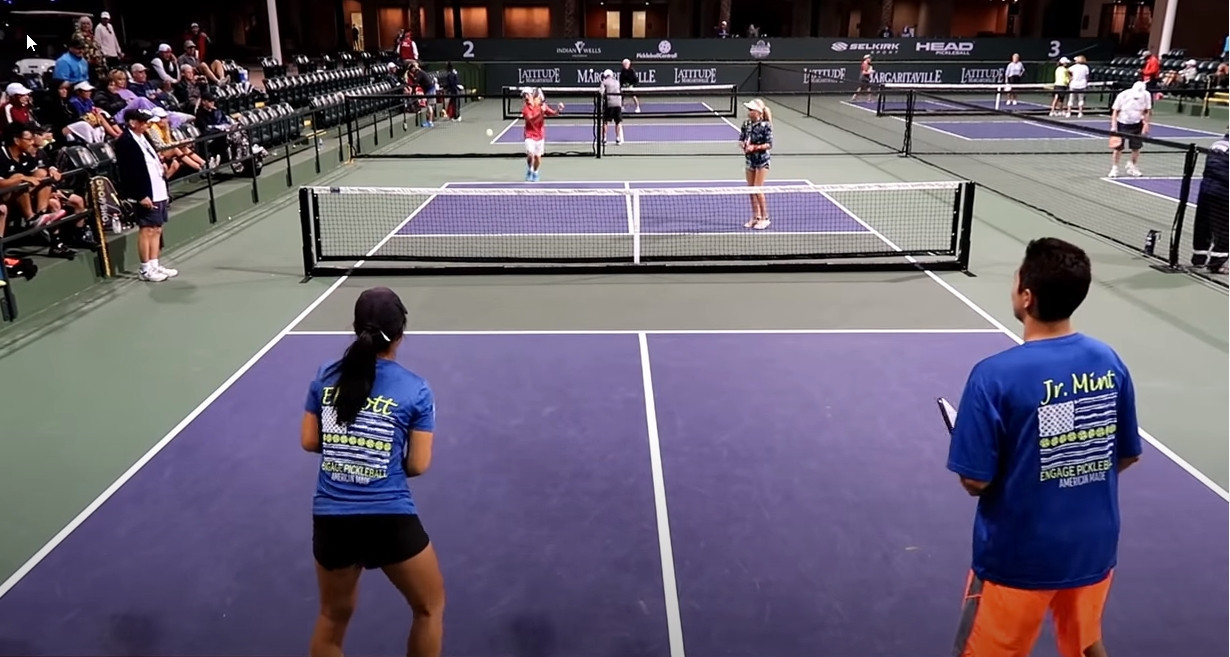 Coronavirus has helped the sport of pickleball continue its participation growth across the United States, with more schools playing in a time of social distancing.

Pickleball, a racquet sport that is a mix of badminton and table tennis, is played on a court half the size of a tennis court.

"Compared to other sports where you have a lot of contact with each other, in pickleball you're very rarely getting close to each other," said USA Pickleball representative Laura Gainor.

"You see everyone keeps a safe distance on the court, so you're for the most part keeping that six-feet of separation."

According to the Sports and Fitness Industry Association, pickleball grew in popularity by 23 per cent between 2016 and 2019 and reportedly has more than 3.5 million players across the US.

People over the age of 65 account for one fifth of all pickleball players.

However, schools are now adding to the participation growth due to COVID-19, with one student in North Carolina, Emma Iacono, mentioning that her school introduced the sport in this period.

"Just being inside all the time it can really have some adverse effects on your mental health," said Iacono.

"It's a great way to stay connected with people right now even though the world is sort of by itself."

Denise Steenstra, a physical education teacher who plays pickleball with her students at Liberty Oaks Elementary School in Kansas City in Missouri, revealed that her students have embraced the sport.

"Once we get those courts out, the kids go crazy," she said.

"They have no idea what they're going to love until you give them a piece of equipment in their hands and they can have success with it."

In 2020, the Professional Pickleball Association announced an agreement with sports network ESPN, which will broadcast the sport's 2021 tournaments.

The final match of the World Pickleball Championship aired on CBS Sports on Sunday (February 7).