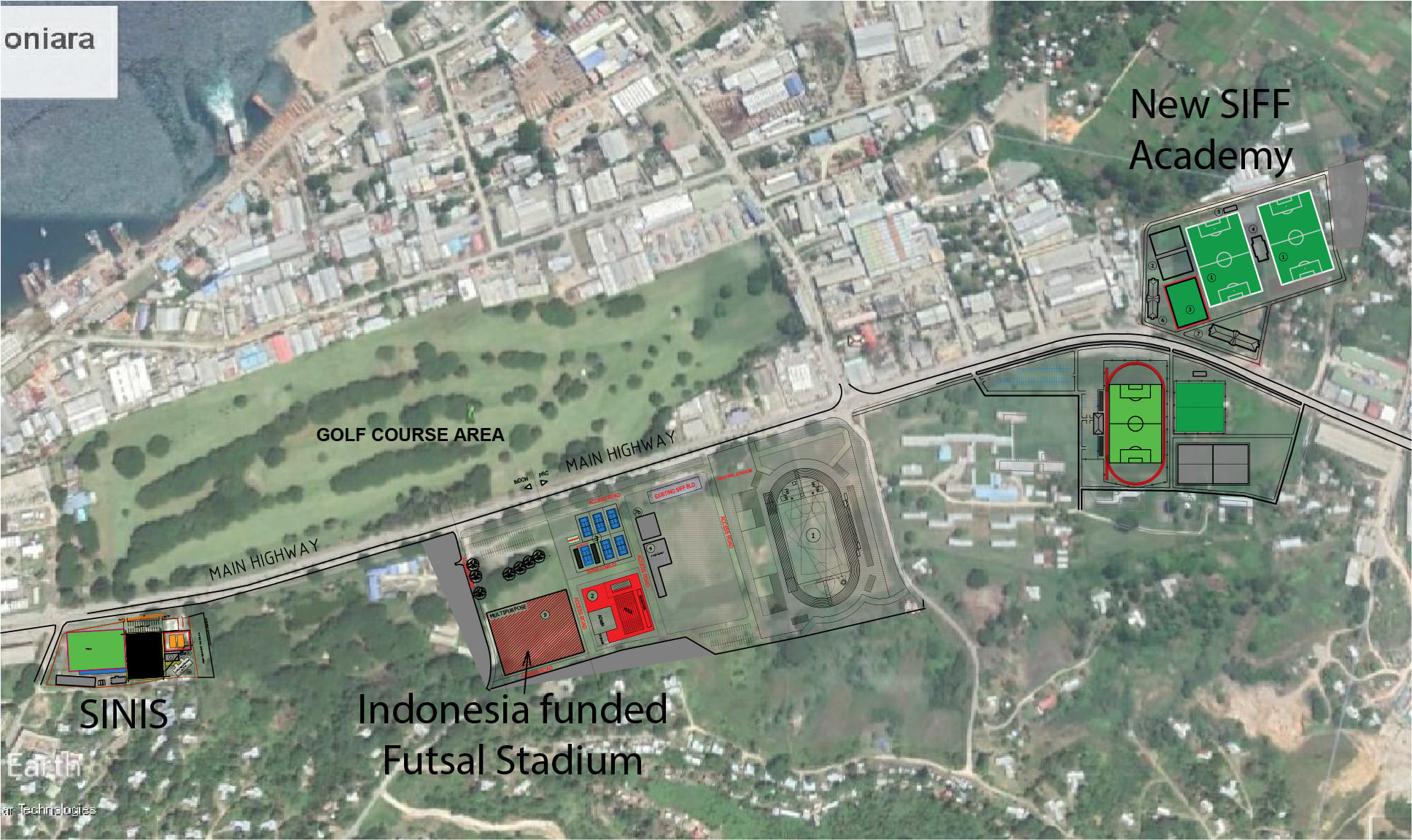 Organisers of the 2023 Pacific Games in the Solomon Islands have claimed the construction of facilities needed for the event is on track following concern over progress and potential delays.

Jimmy Rodgers, chairman of the National Hosting Authority (NHA) for the Games in Honiara, told Solomon Star News they were "very confident we will deliver the Games on time".

Rodgers was speaking to coincide with the handing over of the Solomon Islands Football Federation (SIFF) Academy to the NHA.

Several of the facilities and venues set to be used during the event, the first edition of the Pacific Games to be held in the Solomon Islands, are being constructed by China after the two countries signed an agreement in October.

But at the end of 2019, relations between the two countries broke down, with the Pacific nation pledging its diplomatic allegiance to China instead.

A 17-member Chinese technical team arrived in September having been delayed by the coronavirus pandemic.

Work on the main sports stadium is due to begin in May.

A six-court tennis facility is expected to be another landmark project.

"The spirit is to show the Pacific region that the Solomon Islands can do it and this is why we are moving reasonably quickly," Rodgers said.

"Already if we compare with previous new hosts, we are slightly ahead of them so we are very confident that we will deliver the Games in time.

"In terms of where we are with facilities, we have secured around 90 per cent for planning and funding."

Indonesia is also helping out with construction as state-owned enterprise PT Wijaya Karya (WIKA) is building a $7.5 million (£5.5 million/€6.2 million) multi-purpose sports complex for the Pacific Games, which is expected to host basketball, futsal and volleyball.

The Solomon Islands’ Pacific neighbour Papua New Guinea has also committed about $12 million (£9 million/€10 million) to infrastructure for the event.

Rodgers said the main cluster of venues would now be called "Sports City".

The Pacific Games in the Solomon Islands are due to open in Honiara on July 16 2023.