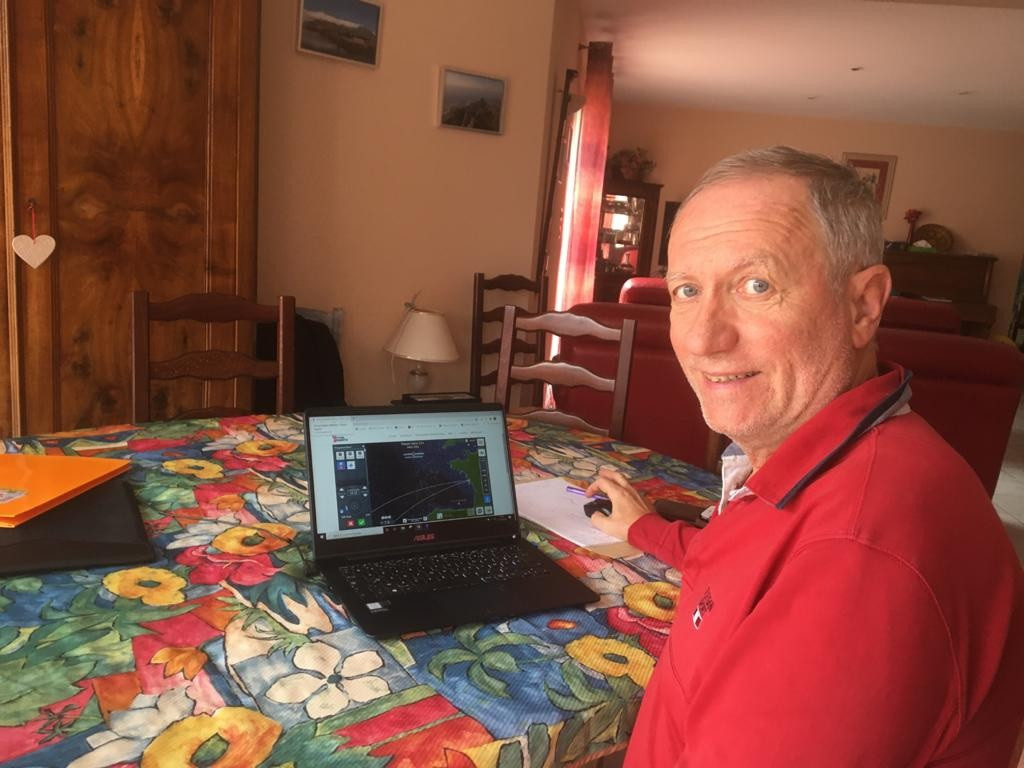 Frenchman Jean-Claude Goudon was crowned Virtual Vendée Globe champion after coming out on top in a race that went down to the wire.

After 68 days of racing on the digital sailing platform Virtual Regatta, there was just 1 minute and 35 seconds separating Goudon and German Ronny Jesse.

Goudon was the first to cross the finish line as he registered a record time of 68 days 22 hours 16min 4sec.

The fourth edition of Virtual Vendée Globe attracted a record one million players and started on November 8, the same day as the actual race.

The winner was crowned on January 16.

Goudon has been playing Virtual Regatta for more than 10 years and has participated in all four editions of the Virtual Vendée Globe, with his previous best finish of 18th coming in 2012-2013.

"The Virtual Vendée Globe is the race that everyone wants to win," Goudon said.

"I caught the eSailing bug in 2008 and since then I have only had one goal which was to win the Virtual Vendée Globe.

"I really wanted this victory this year, I was very focused and I am delighted that I managed to reach my goal.

"I played the game about four times a day when updating the weather files.

"This victory is amazing, I can't believe it!

"I am really very happy to win this edition."

Scott Over, commercial director at World Sailing, declared this year’s event as a "resounding success".

"We are delighted to become the first eSport to achieve more than one million cumulative players in a single game," said Over.

"We're already looking forward to the next edition of the Virtual Vendée Globe and delivering further exciting eSailing events and projects for an ever-growing community."

Philippe Guigné, creator of Virtual Regatta, added: "Four years ago, during the last edition of the Vendée Globe, we welcomed 450,000 players.
For this new edition, we set ourselves a goal of one million players and we managed to achieve this milestone.

"It's an excellent result and we have done everything to achieve it. I'm very proud of it and I thank my whole team, without whom nothing would be possible.

"This edition is truly exceptional and I congratulate its winner Jean-Claude Goudon.

"Once again, Virtual Regatta makes it possible to make ocean racing accessible to as many people as possible."