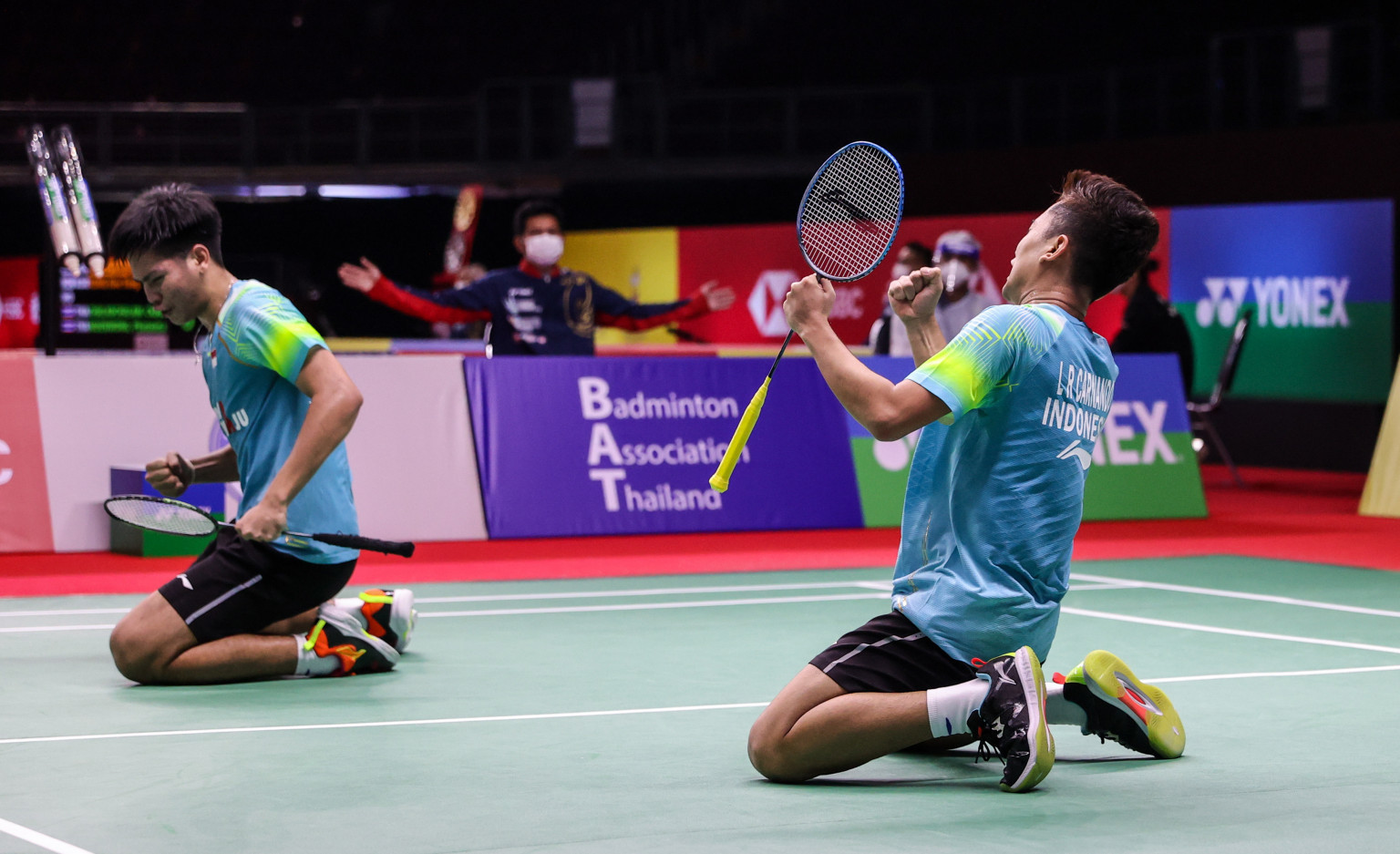 Other seeds in the men's doubles safely progressed to the quarter-finals, including the South Korean sixth seeds, Choi Solgyu and Seo Seung-jae who thumped Thai duo Weeraphat Phakajarung and Wongsathorn Thongkham 21-9, 21-12.

In the mixed doubles, a couple of seeds crashed out - the most notable being England's seventh seeds Marcus Ellis and Lauren Smith.

The pair were knocked out by Denmark's Mathias Christiansen and Alexandra Bøje by a score of 21-18, 21-18.

Fifth-seeded Indonesians bow out at the hands of world No.70 compatriots. Big result.#HSBCbadminton #BWFWorldTour #YonexThailandOpen

The Hong Kong Institute of Sport advised the pairing to pull out, after a member of German coaching staff had tested positive at Bangkok and it was deemed unsafe to play the pair, who were close contacts.

Fifth seeds Chan Peng Soon and Goh Liu Ying of Malaysia are also through in the competition as are Thailand's top seeds, Dechapol Puavaranukroh and Sapsiree Taerattanachai.

Play of the Day | Taking charge after a magnificent recovery at a crucial stage in the game 🏸👀#HSBCbadminton #BWFWorldTour #YonexThailandOpen pic.twitter.com/zXPQ5fiRVB

In the men's singles, second seed Chou Tien Chen of Chinese Taipei and fourth seed Viktor Axelsen of Denmark remain the top seeds in the competition having won their respective matches in straight games.

Eighth seed Malaysian Lee Zii Jia won via walkover against India's Srikanth Kidambi, who pulled out due to a calf strain.

Finally, South Korean third and fourth seeds in the women's doubles, Lee So-hee and Shin Seung-chan and Kim So-yeong and Kong Hee-yong, are through too after straight game victories.

Their compatriots, sixth seeds Chang Ye-na and Kim Hye-rin are through to the quarter-finals too after a 22-20, 19-21, 21-11 victory over Malaysia's Chow Mei Kuan and Lee Meng Yean.