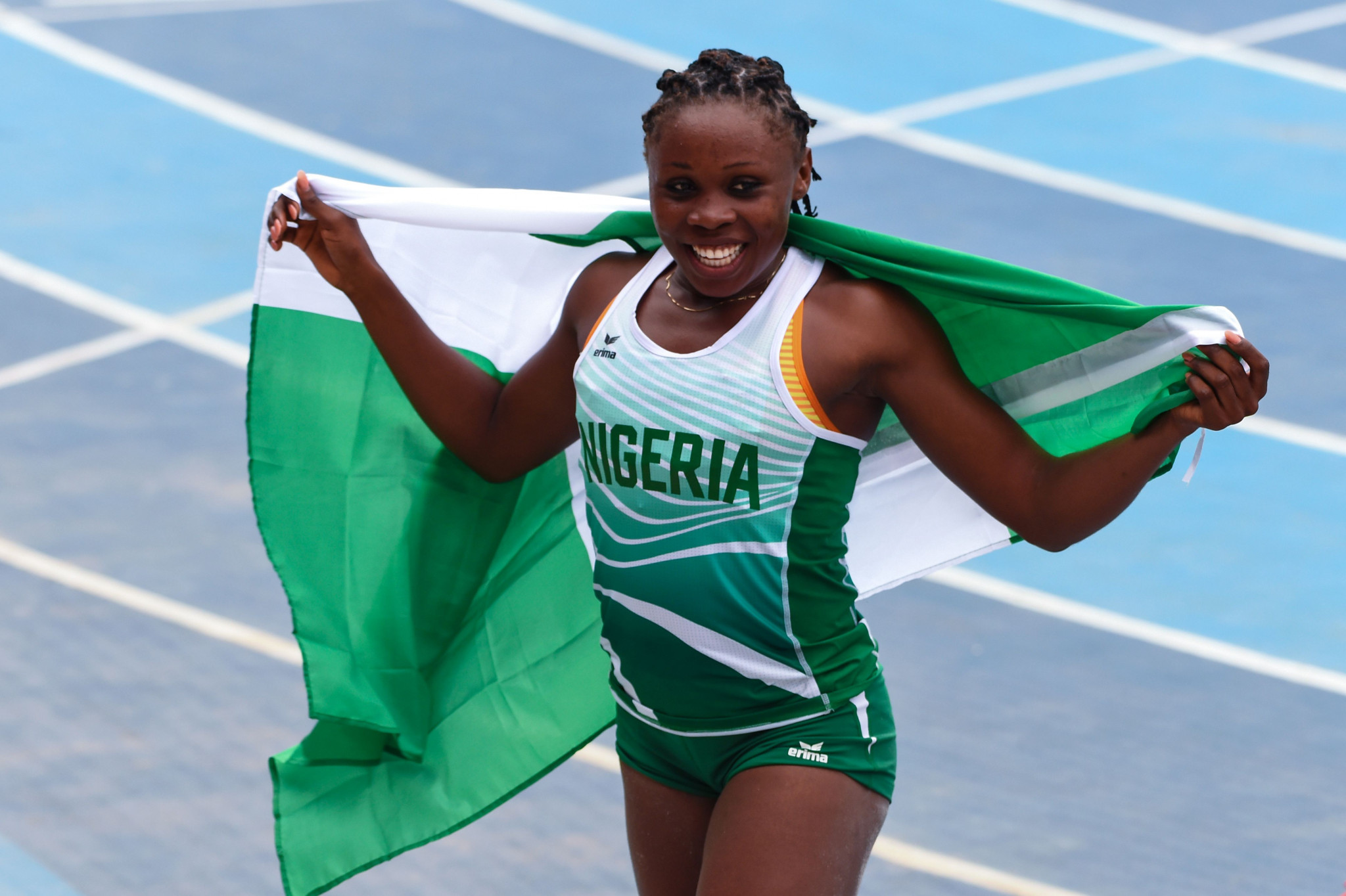 Anigbata was 20 and in Morocco without a her coach when she jumped 13.75 metres at the Prince Moulay Abdellah Stadium.

"The day before my competition, I was nervous," Anigbata revealed in an interview with Kansas State University's website.

Anigbata is now a student-athlete at the American university.

"In the morning, before going to the track, I couldn't eat.

"I wasn't thinking about food."

Instead, Anigbata was thinking about making the qualification standard for the Tokyo 2020 Olympics, rather than appreciating the chance that was there to win the African Games title.

"I wasn't there with the mindset of, 'Let me just win the gold' or something like that," added Anigbata.

"I was going in there with the mindset that I have to make the Olympic standard.

"On the other hand, I was a little scared.

"My coach wasn't there... I didn't have the opportunity to have someone who could tell me, 'You're not doing this right', but still, I believed in myself."

Anigbata did not make the Tokyo 2020 standard of 14.32m, but did win the gold medal by 6 centimetres.

Since winning the African Games crown, Anigbata joined the Kansas State Wildcats last year, and jumped 13.07m to win her first competition with the university.

Before that, Anigbata spent two years at Cloud County Community College, a junior college in Kansas.

"When I was growing up in Nigeria, I never thought there would be school [university education]," said Anigbata.

"K-State is really nice and we're getting this work done to make sure that the Olympics, will be there."

The Tokyo 2020 qualification window for triple jump is set to close on June 29 this year.

Anigbata is yet to better her personal best of 14.02m, set at the 2018 African Championships, where she also won the gold medal, but is hopeful of reaching the Olympic qualification standard in the coming months.