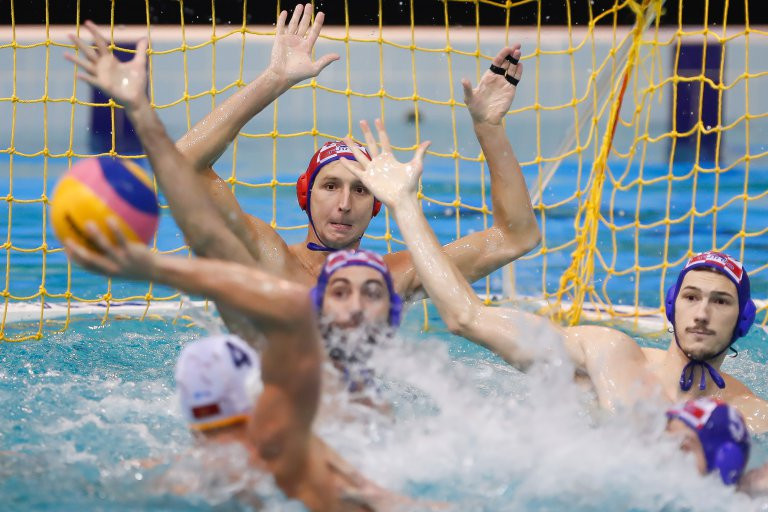 Greece, Montenegro and Italy reached the last four of the International Swimming Federation Men’s Water Polo World League after competition resumed after a 303-day break forced by the coronavirus pandemic.

The European qualifiers were due to be played in four separate locations in front of crowds in March last year.

Owing to the coronavirus situation only one of those matches did take place as originally scheduled with Spain beating Serbia.

The remaining three quarter-finals took place today in Debrecen in Hungary in a bubble tournament, with empty stands and strict sanitary measures in place.

A break of more than 300 days was worth the wait for water polo fans as the knockout games produced some thrilling action.

The first quarter-final saw Greece claim a comfortable win over France as they won 12-3.

Greece dominated all aspects of the match and took a 7-3 lead at the interval, before they scored five unanswered goals in the second half to progress to the last four of the event.

The next quarter-final was a hotly contested affair between arch rivals Croatia and Montenegro and after a tight first half things exploded into life after the interval with 15 goals.

Croatia led 10-8 with less than two minutes of regulation play to go but Montenegro scored two quickfire goals, including one with 7.4 seconds remaining on the clock, to force penalties.

The remaining quarter-final saw world champions Italy face European champions Hungary and it started off as a tight affair with only nine goals in the first three periods.

Italy went on a three goal blitz in as many possessions early in the final period, a streak that they held on to despite a brave Hungarian fightback, as they clinched an 8-7 win.

As a curtain-raiser to the main action, a test game took place at the venue between Spain and Serbia, a repeat of the quarter-final that did take place last year.

Despite being a friendly it was a hotly contested affair that finished 8-8 at the end of regulation time, with Spain successful again in the end after penalties by 18 goals to 17.

The semi-final matches take place tomorrow with Greece going up against Spain and Italy facing Montenegro.