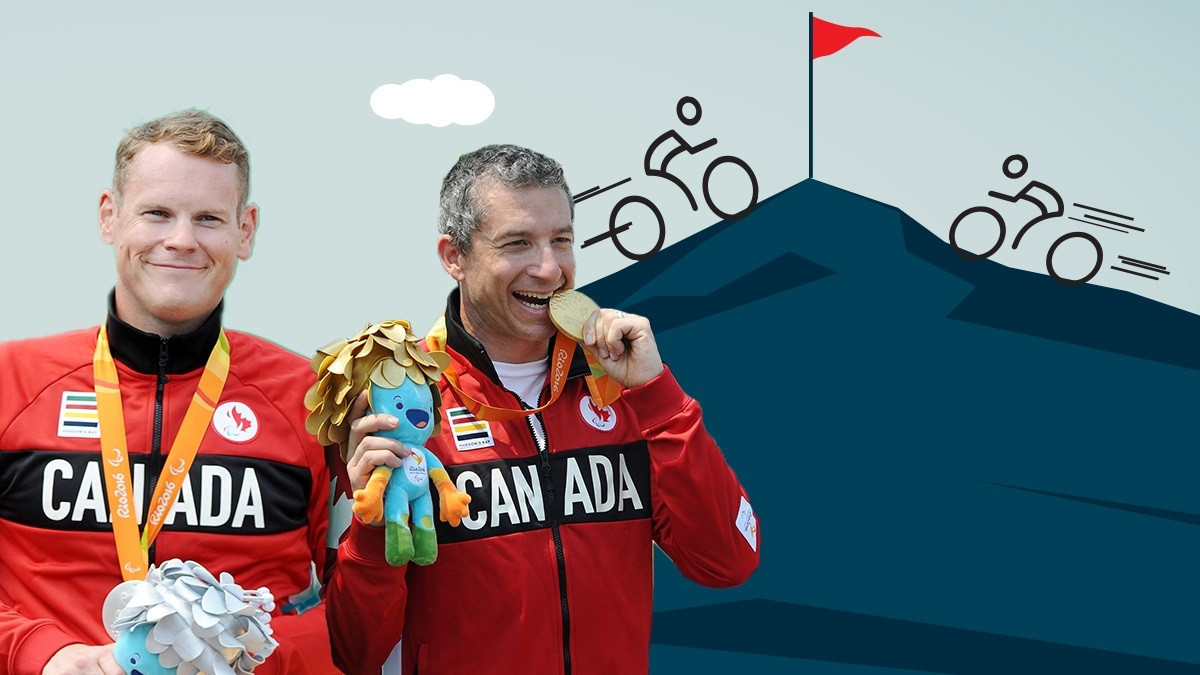 Canadian Para-cyclists Tristen Chernove and Ross Wilson are planning to take on a virtual challenge to ascend the height of Mount Everest in a bid to raise funds for the Paralympic Foundation of Canada.

Scheduled to take place on December 27, the multiple Paralympic Games medallists aim to reach 8,848 metres – the equivalent height of the world’s highest mountain above sea level.

The vEveresting challenge will see the duo use a smart trainer on their stationary bikes, which will replicate outdoor riding conditions such as hills, headwinds and drafts, controlled through the Zwift app.

Zwift is an interactive cycling app that allows athletes to train and race against other cyclists from the safety of their own homes.

Supporters will be able to follow Chernove and Wilson via the group-chatting app Discord or race alongside them on Zwift.

The pair – who are preparing for Tokyo 2020 – are taking on this quest to promote active living, achieve some of their own training goals, and raise money for the Paralympic Foundation of Canada which gives people with a disability the opportunity to try sport.

“I feel great about being an assistant in that whether it’s through raising funds that can create access points for more people to get involved that might not otherwise, or just the awareness piece because awareness, discussion, and communication is where it all begins.”

The 45-year-old raced the over 1,000-kilometre westbound route in just over three days and seven hours.

Wilson is now teaming up with his good friend and the pair will be communicating with each other throughout the whole ride.

“In the summer we saw there were so many people who were fans of what Tristen did,” said Wilson, who won two silvers at Rio 2016.

“This was a really cool opportunity for another event that follows up on that and builds on some of the momentum but also allows for other people to participate.

“If we’re talking about developing awareness around Para sport in Canada, one of those key things is getting the chance to interact with the athletes and understand what it’s like."

The challenge must be completed in one day, but short breaks are allowed.

Chernove and Wilson expect to be on their bikes on December 27 for approximately 12 to 14 hours and hope other riders will join them via Zwift.

“As much as we are physically going to be alone, we are doing this on a platform that allows it to be shared with other people.

“I know it will be pretty amazing to finish something that’s going to be a highlight as far as digging deep, going into the reserves, and coming out the other side stronger – but I think seeing other people achieve more than they thought they could will be a highlight for me."