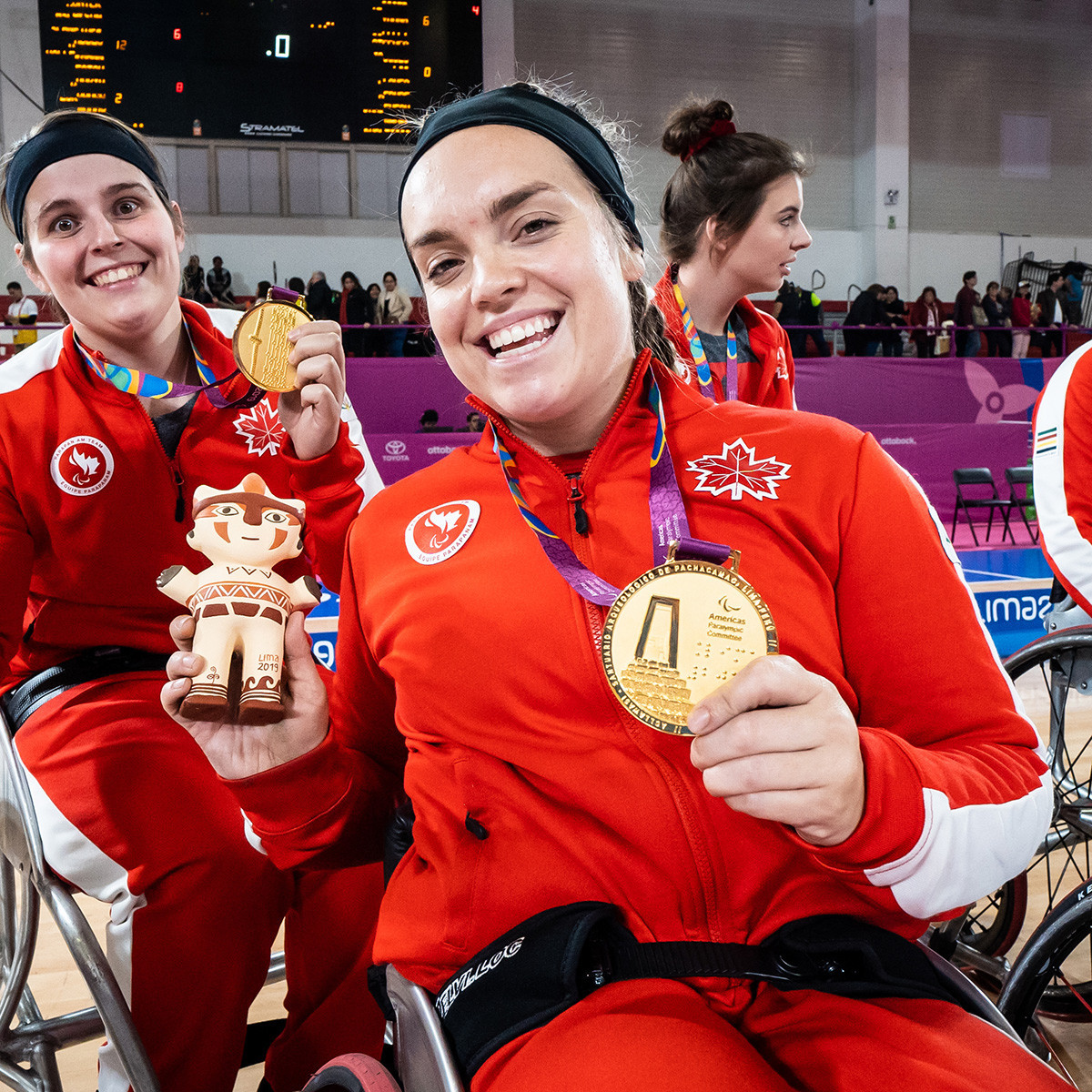 In 2014, Jacques was a member of the Canadian team that won the International Wheelchair Basketball Federation (IWBF) Women's World Championship in Toronto.

She also won gold at the Lima 2019 Parapan American Games and helped Canada qualify for the Tokyo 2020 Paralympics.

Jacques had been part of the Canadian team since 2011, when she competed in the inaugural IWBF Under-25 Women's World Championship, which was held in Canada.

Four years later, Jacques was named in the all-star team at the same tournament.

"I am very thankful for all of the opportunities that Wheelchair Basketball Canada gave me," Jacques said.

"I made some wonderful friends and I visited much of the world.

"Winning that gold medal at Worlds in 2014, along with the Opening Ceremony of the London 2012 Paralympics are forever in my mind.

"There are lots of ups and downs in high performance sport and I am glad that I was along for the ride for all these years.

"Sometimes tough decisions have to be made, and I knew retiring would never be easy because basketball has been a part of my identity for so long.

"But I leave the team with my head held high and I am proud of everything that I have accomplished."

In honour of her retirement from #TeamCanada, here's a look back at the career of @JacquesMaude. Thanks for the memories, Maude!

The Quebecois leaves the sport at the age of 28, having helped her province reach the podium eight times at the Canada Games - including gold medals in 2007 and 2011.

"I have known Maude since her beginnings in wheelchair basketball and I am very proud of her career, from the mini level all the way to the senior national team," said Canada's head coach Marc Antoine Ducharme.

"I had the opportunity to coach Maude with the junior and senior teams in Quebec, as well as the Canadian senior team.

"She is an amazing player and team mate.

"She knows how to play on both sides of the court and could excel in any situation.

"We will miss her energy and wish her all the best for her future."